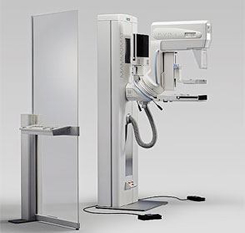 Sure, by now everyone has heard the news that the Susan G. Komen Foundation has decided to stop giving grants to Planned Parenthood. The “good guys,” like LifeSite News, report that SGK did so because PP didn’t do breast cancer screenings, but only referred patients to doctors who did. The “bad guys” give us wailing and gnashing of teeth.

I don’t know, one way or the other. Much like some folks have said that priests and bishops don’t hang around breast clinics either, so how do they know, neither have I. What’s a level headed guy to do?

Idea! You know who would know? A person whose job it was to buy and sell x-ray machines and mammography equipment, that’s who. Michael DellaVecchia’s job was to do just that. Over on his Facebook page, he just pasted this Note you might find interesting reading.

Mammo Machines: I Found No Planned Parenthoods in All USA Mammography Lists.

For years I used to buy and sell X-ray equipment. I was the Director of Acquisitions for a successful NYC company. Trust me: Planned Parenthood does not own a single mammography machine. I personally phoned every single clinic, health care center and hospital in the United States. It was my job to locate mammography machines between the years of 1992 to 1993 and 1995 to 2000, and buy them, and resell them to buyers. I had the entire directory of hospitals. I had the entire directory of clinics. I had lists of each single diagnostic imaging machine in the state of Colorado and its owner’s name and address My database had 15,000 locations in it (the largest and most complete database in the industry). Every single day, my staff and I phoned every one of these locations asking if they had any mammography machines for sale, and to list and spec out all of their other equipment. I never, in all of my years in the X-ray business EVER saw a Planned Parenthood center listed in one of those lists. Planned Parenthood has been lying for many years that it offers mammography screening. Its funding is for one thing and one thing only: to provide abortions.

Oh, while were on the subject of Pro-Life, when you’re over on Facebook, do me a solid and “like” the group called Secular Pro-Life. They’re good people.

UPDATE: Donations to SGK up 100% since the news.

UPDATE II: “We don’t do mammograms here.” No kidding? That’s not what your skipper said…

UPDATE III: After all that, this is awkward. “Um, hello, Mastercard? I need to dispute some charges…”

UPDATE IV: The Anchoress advises: The Day of the Bully dawns.

The LORD says to you: Do not fear or be dismayed at the sight of this vast multitude, for the battle is not yours but God’s.
—cf, 2 Chr 20:15 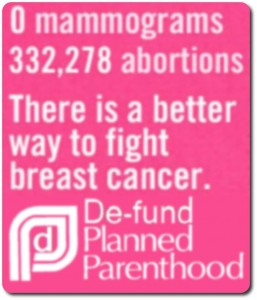 February 3, 2012 Max Lindenman Ponders the Question: After the HHS Mandate, Are We Family?
Recent Comments
0 | Leave a Comment
"Vaya con Dios, Leonard; Rest in Peace."
AnonCollie Leonard Nimoy Explains The Origin Of ..."
"Thank you for sharing"
Andy To Break My Fast from Being ..."
"I've seen Matt Maher live four times...twice since this song was released. I absolutely love ..."
Veritas81 WYD Flashback With Matt Maher, And ..."
"Yes, and Dolan should have corrected the scandalous and wrong decison of his predecessor when ..."
sixbunnies Archdiocese of New York Health Plan ..."
Browse Our Archives
get the latest from
Catholic
Sign up for our newsletter
POPULAR AT PATHEOS Catholic
1