Thoughts from the “Tao Teh Ching” translated by the “Chinese Chesterton” 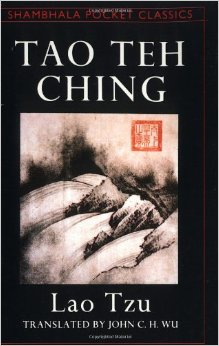 My Chinese Catholic friend, John C.H. Wu wrote several works that I have enjoyed reading over the past several years. I’ve shared posts with you from several of his books, namely Beyond East and West, The Science of Love, and Interior Carmel, the Threefold Way of Love. It is not for nothing that Frank Sheed called John “the Chinese Chesterton.”

In 1941, John was asked by Chiang Kai-Shek to translate the Psalms and the New Testament into Chinese, while the Sino-Japanese War ravaged his country. I hear that his translation of the Psalms is particularly beautiful and uses the high literary form of the Chinese language. But Joe Six-Pack is no linquist, though I would love to read John’s version of the Psalms translated into English.

From reading the books he authored, I learned that when he translated the Gospel of St. John, in the first verses of the first chapter he used the word Tao, for Logos. His friend (and mine) Dom Lou Tseng-Tsiang, had this to say about his translation of St. John’s Gospel,

“The whole evangelical account and exposition of Saint John attains for us Chinese, in this so faithful version of Mr. Wu Ching-hsiung (John C.H. Wu), a beauty and a profundity that the versions in alphabetic languages could never equal for us! It offers to us the announcement of the Good News in such a manner that, as I am intimately assured, Saint John himself would have presented and written it, if God had disposed that he should be a Chinese and had made him one…Wu’s use of the classical phrases and idioms furnishes the key to a living synthesis of East and West, a synthesis like a seamless cloth, like the pieces of coal melted into one fire in the furnace of Divine Love.”

John wrote in Beyond East and West,

Whenever I think of Confucius and Mencius, Buddha and Lao Tzu, I am inclined to call them—as Saint Justin Martyr called Socrates, Plato, and Aristotle—“Pegagogues to lead men to Christ.”

So what are you getting at, Frank? Just a few stanza’s of John’s translation of the Tao Teh Ching that might be helpful regarding Catholics’ legitimate dissent to the HHS Mandate. To wit, #68, #69, and #70

#69
The strategists have a saying:
I dare not be a host, but rather a guest;
I dare not advance an inch,
but rather retreat a foot.
This is called marching without moving,
Rolling up one’s sleeves without baring one’s arms,

#70
My words are very easy to understand,
and very easy to practice:
But the world cannot understand them,
nor practice them.
My words have an Ancestor.
My deeds have a Lord.
The people have no knowledge of this.
Therefore, they have no knowledge of me.
The fewer persons know me,
the nobler they are that follow me.
Therefore, the Sage wears coarse clothes,
While keeping the jade in his bosom.

It’s pretty clear, to me anyway, who John identifies as being the Tao. Are each of us called to be the Sage?

February 15, 2012
Praying the Novena with the Dominican Sisters of Nashville
Next Post

February 16, 2012 Why We Must Fight For Our Right of Religious Freedom UPDATED
Recent Comments
0 | Leave a Comment
Browse Our Archives
Related posts from Why I Am Catholic