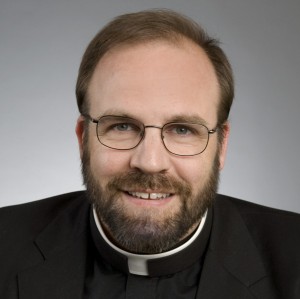 from the “know it all” Know Nothings. In this case, the know it all is Patheos’ own Friendly Atheist.

I once wrote that treating atheists like they are stupid is a mistake. I still believe that. Of course, it’s also a huge mistake to let them pretend they have figured everything out, deciding to junk thousands of years of tradition, revelation, interpretation, and enlightened study of Christianity. The Flying Spaghetti Monsters & Sky Fairies ya-da, ya-da offense is getting played out.

Monsignor Pope’s charitable takedown is a fine example of how to defend the Faith while not dehumanizing the attacker. We’re going to have to get used to defending the Faith, despite the difficulties involved in doing so. Because pretending that Christianity is “old hat,” and even more ludicrous, that any one person can sift through over 2,000 years of world-changing beliefs, and world-changing ideas that have arisen from her, and then proclaiming that the world “knows all about it”, flies in the face of the following truth about Christianity that the modern “know it alls” seem to miss.

The Christian ideal has not been tried and found wanting; it has been found difficult and left untried. –G.K. Chesterton

I don’t pretend to know it all. I’ve only just begun to scratch the surface of the riches in the treasury of the Catholic Church. It will take an eternity of lifetimes to plumb the depths of Christianity. Call me Grasshopper.

Not related, but timely, Shameless Popery’s Three Arguments Against Atheism from Pope Benedict.

July 13, 2012
"The Unplanned Baby That Was Always Part of the Plan"
Next Post

July 18, 2012 Because We Need Sheets, Even If We Think We Don't
Recent Comments
0 | Leave a Comment
"Vaya con Dios, Leonard; Rest in Peace."
AnonCollie Leonard Nimoy Explains The Origin Of ..."
"Thank you for sharing"
Andy To Break My Fast from Being ..."
"I've seen Matt Maher live four times...twice since this song was released. I absolutely love ..."
Veritas81 WYD Flashback With Matt Maher, And ..."
"Yes, and Dolan should have corrected the scandalous and wrong decison of his predecessor when ..."
sixbunnies Archdiocese of New York Health Plan ..."
Browse Our Archives
Related posts from Why I Am Catholic