Because We Need Sheets, Even If We Think We Don’t

Because We Need Sheets, Even If We Think We Don’t July 18, 2012 Frank Weathers 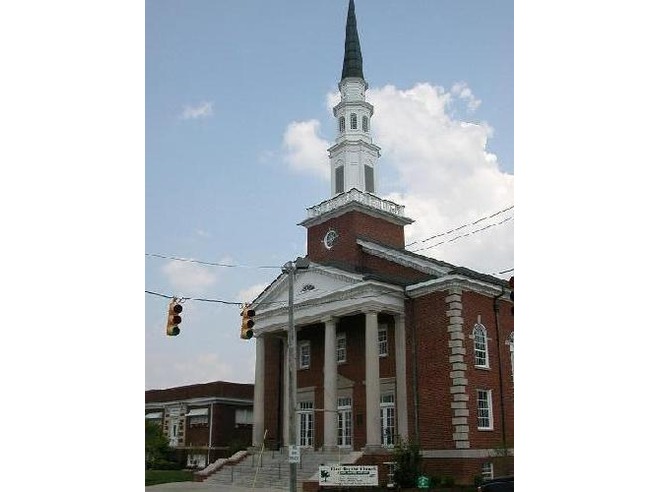 On Sunday, my family and I made a trip to a little college in a little town near the peach capital of South Carolina. We did so in order to drop my daughter off at a camp that her lacrosse team was attending. After a lunch stop at a local eatery, we wound our way through the town on our way to the campus. As we did, we passed by an old, impressive looking Baptist church, established in 1878.

Up and down that same street were a number of other churches with impressive steeples, and my daughter asked the following question. “Dad, how is Mass different in these churches from ours?” A short question, and as we were getting close to our destination, and as I was navigating for my 16 year old son, a freshly minted driver, I just gave her a few brief answers on basic Protestantism like this.

“Well the first thing to know is they don’t have a Mass, actually. See, they don’t believe that Christ is actually present in the Eucharist, like Christians have believed since the very beginning. Also, in most cases Protestants, which means “to protest,” believe that if something isn’t written down in the Bible, that it isn’t true. Only if something is spelled out clearly in black and white in the Bible, will they believe it. Keeping in mind that there were no Bibles for hundreds of years after the Church began, that makes you wonder, right? We believe in the Bible too, Tradition, and the teaching authority of the Church.  Also, most Protestants don’t revere the Blessed Virgin Mary, despite the fact that in the first chapter of Luke, right there in black and white, she proclaims that “all generations will call me blessed.”

And that was about all I had time for, as navigating which way to turn, and where to find the registration building for the camp put an end to her query. In the back of my mind though I was happy that she had asked the question, and I figured we could revisit the issue at some point in the future as a topic to discuss during the summer before CCD classes picked up again.

As it turned out, events would conspire to bring this topic back to the fore much earlier than that.

We got my daughter checked in at the registration desk, were issued keys to the dorm where she would be staying, and then we headed off to check out the room. It was in an older wing of the dormitories, but nice and clean. Bonus! Her roommate from the team had already moved in, bed made and everything. Mom stayed back as gear guard while the kids and I headed to the car to unload her stuff, and head back to the room to settle her in. We saw her coaches dropping their daughters off, exchanged pleasantries, etc.  All was well.

Safely in the room with her gear I say, “Well, let’s make your bed. Where are your sheets?” There had been a checklist on what to bring, see, and sheets, blanket, pillow, or sleeping bag, had been on the list of items to bring. Noting that she had her pillow and her quilt, and not a sleeping bag (like she had brought the previous year) I was surprised, nay, shocked (!) to learn that she had not brought sheets. “I don’t need them. I didn’t have sheets last year.”

“But you had a sleeping bag last year, and this year you didn’t bring it. You will not be sleeping on this mattress without sheets, honey. That is impossible.”

Clearly, it’s not impossible. My daughter seems to have an austerity streak going that shocks her Mom and me sometimes. This girl can rough it with the best of them. Now, though, I’m doing my level best not to turn into Drill Instructor Staff Sergeant Weathers, reading her the riot act for deciding to ditch bringing her sheets to camp. My wife was not too happy about the sheet situation either.

What to do? Take action! “I saw a Walmart on the way here from lunch. The boys and I will go get her some sheets while you two stay here, unpack, hang out with the other girls etc. Also, let me know if there is anything else on that check list that she forgot, okay?” Actually, the tensions had risen to the point where the boys had high-tailed it out of there at the first intimation that the check-list hadn’t been followed to the letter. I found them outside, rallied them to the cause, and headed to Walmart which, love them or hate them, would have sheets a-plenty standing tall and awaiting purchase by me.

As my son piloted the vehicle through the unfamiliar town, and we passed by the big Baptist church again, the idea hit me that ditching the sheets on the checklist was another answer to my daughters’ question earlier on how we Catholics are different from these other churches. My mind is weird that way. 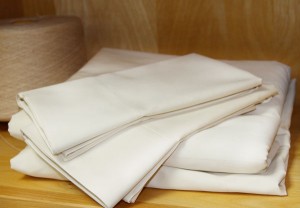 Long story, short, we bought a set of brand new sheets, learned that we also needed to pick up some hand soap (sheeesh!), and then we beat feet back to quarters. Upon arrival, sheets and soap was distributed, and the naked bed was clothed with brand new sheets with that smell that probably only Marines can understand when I write the phrase “smells like Cash Sales.” In other words, so new, they haven’t even been washed. You know the smell.

The lack of sheets crisis had been averted! Bed now made, and ready to hang out with her teammate/roommate, it was time for the parents to depart. Kisses and hugs all around, but I asked my daughter to step out in the hall so I could tell her something before I left.

“Remember how you asked me what makes Catholics different from the Protestant churches? And I told you some things that, as protesters, they decided to get rid of? It’s kind of like how you decided to not bring any sheets. You didn’t think you would need them, but you did. They too have decided that they didn’t need sheets. And now, though they may find themselves living in sumptuous mansions, the beds inside their rooms do not have sheets on them. Isn’t that strange? Beds need sheets, whether you live in a shack, or in a palace. The fullness of the Faith is found, and lived, in the Catholic Church. We haven’t decided to ditch what we have been given, and what we have needed, from the very beginning. Understand?”

She did, of course, because how much simpler can you put it?

July 19, 2012 The YIMCatholic Photo Album UPDATED
Recent Comments
0 | Leave a Comment
"Vaya con Dios, Leonard; Rest in Peace."
AnonCollie Leonard Nimoy Explains The Origin Of ..."
"Thank you for sharing"
Andy To Break My Fast from Being ..."
"I've seen Matt Maher live four times...twice since this song was released. I absolutely love ..."
Veritas81 WYD Flashback With Matt Maher, And ..."
"Yes, and Dolan should have corrected the scandalous and wrong decison of his predecessor when ..."
sixbunnies Archdiocese of New York Health Plan ..."
Browse Our Archives
get the latest from
Catholic
Sign up for our newsletter
POPULAR AT PATHEOS Catholic
1