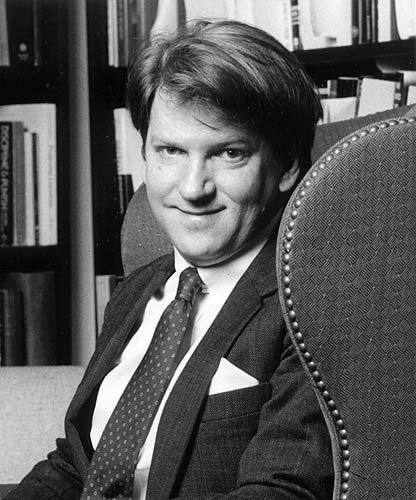 Or is it “Farewell My Lovely?” Those are the titles that came to my mind as I read his essay today over at Commonweal.

No disrespect to Raymond Chandler intended for thinking of his titles, but I will never get back the hour I lost reading Bottums’ essay, where  he makes his personal case for coming out in favor of Same Sex Marriage, or of not fighting it anymore.

When I got to the end, it felt like I had endured the wandering in the Sinai for forty years, while learning that I was still not getting to the Promised Land.

A bad trade, that.

Go read it here if you’d like, but it all boils down to a lost friendship and one paragraph,

“The answer is that we can’t predict the effects of same-sex marriage. I think some good will come, I hope some good will come, but I cannot say with certainty that all must go well with this social change. Still, as the church turns to other and far more pressing ways to re-enchant the world, we’ll have time to find out. And when we are ready to start rebuilding the thick natural law that recognizes the created world as a stage on which the wondrous drama of God’s love is played, we will have the information we need to decide where same-sex marriage belongs in a metaphysically rich, spiritually alive moral order.”

At which point I was thinking, that’s it? We have to go from the thin gruel of weak natural law arguments, to no supper at all, in the hopes of eventually landing a thick steak? I’d rather just keep eating the steak, thanks.

There also seemed to be a lot of “America” this, and “America” that, in the essay, and strike your colors thoughts like,

We are now at the point where, I believe, American Catholics should accept state recognition of same-sex marriage simply because they are Americans.

At which point I was thinking, really? So we should bag the idea of defending what the Church holds as true, both because it is philosophically true, and morally true,  and knuckle under to the pressure of the animal spirits of the zeitgeist, and just throw in the towel? All because we are afraid of the potential white martyrdom of being called bigots?

John Paul Jones is not amused. Neither is Blessed Pope John Paul II, for that matter.

Almost immediately, the New York Times ran an interview piece about  Bottum and the essay, and the “Enlightened Conservative Catholic Writer Finally Uses Own Brain and Supports Gay Marriage” headline wasn’t used, but it could have been. Golly, it’s almost like this was all planned in advance, or something. There must be some conservatives in the Republican Party getting nervous in the service thinking, “we may never win another election.”

A couple of hours later, Matthew Franck at First Things summed up the essay (in a piece titled Joseph Bottum, Weary and Wearisome ) as follows,

At one point in this bloated, interminable essay, meandering hither and yon, Bottum allows as how the authors of the Manhattan Declaration were chiefly thinkers and not writers. Never was it more obvious that the reverse is true of Bottum.

Pretty harsh words, those. I won’t go that far, as I respect Mr. Bottum and appreciate him writing about his stuggles with the Magisterium’s position on this matter. That said, a quote from G.K. Chesterton on politicians (which Mr. Bottum was at one time too) seems to fit his conversion.

“Politicians, who are the very reverse of democrats, will go on boasting that they make the world safe for democracy. The world will never be safe for democracy, or for any other noble human ideal. For noble ideals are never safe.”

Noble ideas are never safe. Don’t we know it? Bottum knows it, for sure.

…if heterosexual monogamy so lacks the old, enchanted metaphysical foundation that it can end in quick and painless divorce, then what principle allows a refusal of marriage to gays on the grounds of a metaphysical notion like the difference between men and women?

Divorce may be quick nowadays, but painless? And what other  metaphysical notions and noble ideals have we offered up and sacrificed upon the altar of the Erogenous Zone?

And, of course, not only did marital relations become a value-free zone in the sexual revolution, but non-marital relations did as well. The seal of virginity, the procreative purpose, the mystical analogy of marriage to Christ’s espousal of his church, the divinely witnessed vow, the sexual body as a temple, the moral significance of chastity: all that old metaphysical stuff got swept away. And regardless of whether the metaphysics was right or wrong, without it there is simply no reasoning that could possibly outweigh the valid claims of fairness and equality. Same-sex marriage advocates don’t just have better public relations than their opponents. They have better logic, given the premises available to the culture.

There you have it. Pursuit of pleasure trumps Truth. Why fight it?

Joseph Bottum’s radio interview with Al Kresta: “There are a couple things that I regret in the article.”

Jesus, Jody Bottum, and the Re-Enchantment of Reality Program.

Bottum, Zmirak and the battle of Verdun.

“Inconceivable!” or Why I Agree with Joseph Bottum.

What Bottum Got Right.

From the Bottum Up: The Pathos of Joseph Bottum.

Bottum’s response to critics this morning.

What Jody Bottum Gets Right, And What He Gets Wrong.

What living the Christian Faith is like, in a nutshell. 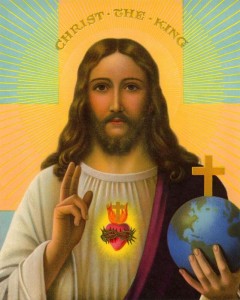 August 23, 2013
Why The Seven-Headed Dragon of Lying Will Never Be Slain
Next Post

August 25, 2013 "There is a wide difference between Christians and the men of this world."
Recent Comments
11 Comments | Leave a Comment
"Vaya con Dios, Leonard; Rest in Peace."
AnonCollie Leonard Nimoy Explains The Origin Of ..."
"Thank you for sharing"
Andy To Break My Fast from Being ..."
"I've seen Matt Maher live four times...twice since this song was released. I absolutely love ..."
Veritas81 WYD Flashback With Matt Maher, And ..."
"Yes, and Dolan should have corrected the scandalous and wrong decison of his predecessor when ..."
sixbunnies Archdiocese of New York Health Plan ..."
Browse Our Archives
get the latest from
Catholic
Sign up for our newsletter
POPULAR AT PATHEOS Catholic
1

What You're Doing When You Vaccine-Shame...
Sticking the Corners
Related posts from Why I Am Catholic