Pope Francis, see, had a little something to say to OB/GYN’s today. It’s probably a talk the Main Stream Media missed after they put him in the “all clear/ ignore” box after yesterday’s bombshell interview. 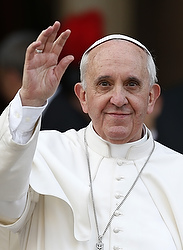 What’s next is probably a knock down, drag out fulmination focused around the word “unjustly.”

Meh. And did you see what his predeccessor said back in the day?

“We should not allow our faith to be drained by too many discussions of multiple, minor details, but rather, should always keep our eyes in the first place on the greatness of Christianity. I remember, when I used go to Germany in the 1980s and ’90s, that I was asked to give interviews and I always knew the questions in advance. They concerned the ordination of women, contraception, abortion and other such constantly recurring problems. If we let ourselves be drawn into these discussions, the Church is then identified with certain commandments or prohibitions; we give the impression that we are moralists with a few somewhat antiquated convictions, and not even a hint of the true greatness of the faith appears. I therefore consider it essential always to highlight the greatness of our faith – a commitment from which we must not allow such situations to divert us.”

—Pope Benedict XVI to the bishops of Switzerland, 2006

It was totally ignored by the media back then because Pope Benedict XVI had been labeled “God’s Rottweiler,” or something. What a difference, no difference makes, eh?

Then there is something written from the guy who knew too much,

“Those who would suggest that the faith was a fanaticism are doomed to an eternal perplexity. In their account it is bound to appear as fanatical for nothing, and fanatical against everything. It is ascetical and at war with ascetics, Roman and in revolt against Rome, monotheistic and fighting furiously against monotheism; harsh in its condemnation of harshness; a riddle not to be explained even as unreason. And what sort of unreason is it that seems reasonable to millions of educated Europeans through all the revolutions of some sixteen hundred years? People are not amused with a puzzle or a paradox or a mere muddle in the mind for all that time. I know of no explanation except that such a thing is not unreason but reason; that if it is fanatical it is fanatical for reason and fanatical against all the unreasonable things. That is the only explanation I can find of a thing from the first so detached and so confident, condemning things that looked so like itself, refusing help from powers that seemed so essential to its existence, sharing on its human side all the passions of the age, yet always at the supreme moment suddenly rising superior to them, never saying exactly what it was expected to say and never needing to unsay what it had said; I can find no explanation except that, like Pallas from the brain of Jove, it had indeed come forth out of the mind of God, mature and mighty and armed for judgement and for war.” —G.K. Chesterton, The Everlasting Man

Mark Shea has more along these same lines.

And now I can show my age by dedicating a song to the MSM on behalf of Pope Francis. Remember this one?

Francis and Benedict, Peter and John.

“The Kid” writes a letter to NARAL.

September 20, 2013
One Question to Pope Francis Went Unasked, and Unanswered.
Next Post

September 22, 2013 Pope Francis's Homily On the Last Ember Day of Autumn
Recent Comments
1 Comment | Leave a Comment
"Vaya con Dios, Leonard; Rest in Peace."
AnonCollie Leonard Nimoy Explains The Origin Of ..."
"Thank you for sharing"
Andy To Break My Fast from Being ..."
"I've seen Matt Maher live four times...twice since this song was released. I absolutely love ..."
Veritas81 WYD Flashback With Matt Maher, And ..."
"Yes, and Dolan should have corrected the scandalous and wrong decison of his predecessor when ..."
sixbunnies Archdiocese of New York Health Plan ..."
Browse Our Archives
Related posts from Why I Am Catholic