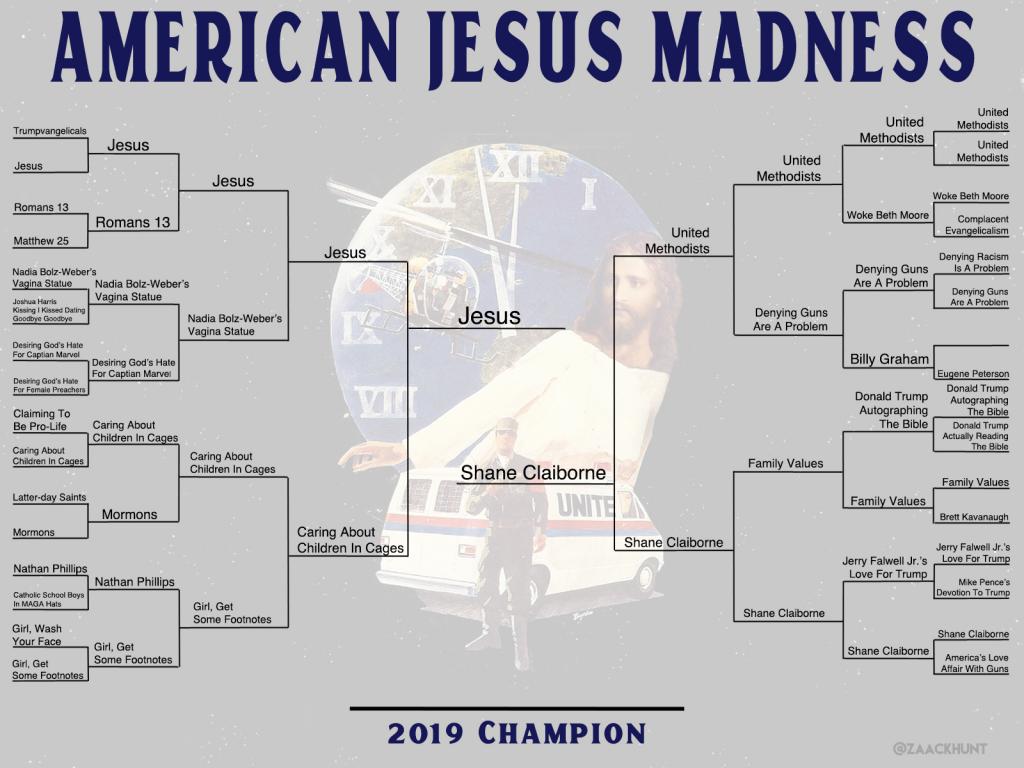 Two combatants enter, but only one will emerge as champion.

In one corner is Shane Claiborne, noted advocate for the poor and creator of his own pants.

In the other corner is Jesus, noted Savior of all mankind and Creator of the universe.

It would seem like an unfair battle, what with Jesus being God incarnate and all, but this is American Jesus Madness. Anything can happen because, as always, who you vote for and why is completely up to you.

ONE SMALL CHANGE for the championship matchup: unlike previous rounds, the results of the voting will be hidden.

You can still vote as many times as you want, but the results will not be announced until tomorrow morning.

But that’s it. Talk over. It’s time to choose a champion!! 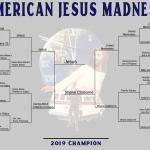 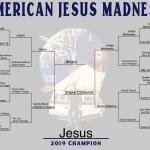 The IMDB "Goofs" page for the...
slacktivist
Related posts from The Semi-Official Blog of Zack Hunt