Protection Magick For The Governor and Other State Leaders

Protection Magick For The Governor and Other State Leaders October 8, 2020 Gwyn

So, I have learned that the FBI has thwarted a plot by a subversive militia to kidnap my governor, Gretchen Whitmer. A capable leader who has been protecting our state despite pushback. She has shown real leadership during COVID-19, while being mocked and ignored by our PRESIDENT, who has more than once energized militia groups through his reckless words such as “Liberate Michigan.” Refusing to repudiate white supremacy for years.

Yeah. This is Trump’s America. An attempt against Michigan’s Governor is now part of our national drama. Because let’s face it. We all knew this would happen someday. You cannot use inflammatory rhetoric (“fake news”, “mail-in voter fraud”) or offer tacit approval to white supremacy groups saying “stand back and stand by” (and then deny knowledge of them) as Trump has done without eventual consequences. Not surprisingly their plot would be against a powerful leader who also happens to be a woman.

What Can I Do In The Every Day?

So, while listening to Gretchen Whitmer deliver an honest, heartfelt, and powerful message about the alleged kidnapping plot (and yes, thank you to the FBI, State Police, and all who uncovered and took those criminals down) I wondered how to respond. What should I do beyond the verbal and written support for my governor?

The obvious answer is to continue supporting and following the orders that have so many people tweaked in my state. Wear a mask. Socially distance. Wash hands. Combat the politics that have suffused the argument around wearing a mask by sharing the advice from the vast majority of medical professionals who advocate wearing one. Follow the governor’s example of keeping calm even in these dire times when tempers flare and the rhetoric flies (Admittedly not easy for me. I have strong opinions).

As a Witch, I Want To Protect My Governor.

And then I realized I can do a magickal working toward protecting Governor Whitmer. And because there are other leaders who could be targets of hate groups in Michigan and elsewhere, I thought I’d share the spell here. It’s a seven-day protection spell inspired by Laura Tempest Zakroff’s– A Witch’s Sevenfold Waning Moon Spell for Magical Resistance.

Obviously, I’m going to be using Michigan’s governor as an example of this spell. You can adapt the spell for your state governor or other leadership. Personalize the spell through choosing your state’s color for the candles.

Optional ideas: You can incorporate the state flower (especially if available in essential oil, blossom, or herb for dressing the candles). You can also print a picture of the individual in leadership you wish to protect or use an icon of the state animal/bird as a representative of their official role in the state government with which to decorate the altar/spellcasting space.

Seven Day Protection Spell For The Governor  (or Other State Leaders)

To magickally enhance the security surrounding the governor (or state official).

Seven tealight candles (white or in the color of your state. Example: Mighigan–blue)

On the bottom of each tealight write one of these words/phrases — Electronics, Physical, Personal, Family, Data, Attentiveness, Security Budget.

If you wish to dress the candle in oil or herbs that enhance your intention then possibilities include rosemary (protective) and bergamot (to enhance the strength of the spell). For my spell, I will be placing each candle on a bed of apple blossoms.

Begin on Sunday. You will burn one tealight each day focusing on the day’s protective intention. For example:

Electronics: Light the first candle and focus on all of the electronic equipment that surrounds the person/office you are protecting.  Computers. Cell phones. Various devices used. Focus on their integrity as to be protected from hackers or anything that could be a potential threat to the person in leadership. Additionally, include protection from being used by a person(s) in leadership who may have corrupt motives or ideology currently unknown.

Physical: Light the second candle and focus on the leader’s office, capital building, vehicles. That these spaces may be protected from interference, harmful actions, accidents, physical threats from within or without their sphere of influence, or any malfunctions in security systems.

Personal: Light the third candle and focus on the wellbeing of the leader. That they may be protected from harmful actions, accidents, ailments, verbal/emotional/physical threats from within or without their sphere of influence, or any conditions that may prevent them from performing their duties or threaten the quality of life.

Continue lighting one candle per day, focusing on that day’s intention. Examples:

Family: Light the fourth candle focusing on the spouse, children, and parents of the governor or state leader you are protecting for their emotional/spiritual/physical wellbeing.

Data: Light the fifth candle focusing on data that it may be protected from those who wish to use it to harm the state or the government (unless there is corruption that needs to be exposed.

Attentiveness: Light the sixth candle, focusing on those whose job it is to protect the governor or state leadership. Enhance their awareness of threats wherever they may be found. Help them to notice what is obscure or hidden so they may act accordingly.

Security Budget: Light the seventh candle, and focus on enhancing the government’s budget for protecting leadership used to best effect.

Remember To Light One Candle Per Day. Burn each candle until they extinguish themselves. When the seventh candle on the seventh day is done your spell is complete. You can personalize an incantation to speak once the final candle is burned down or say something like:

Layers built up one by one, the protection for the governer’s office never to be undone. 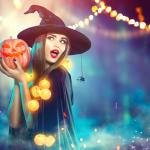 October 2, 2020
Halloween: My Celebration Of Spooky Will Not Be Denied!
Next Post 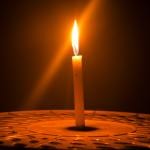 October 16, 2020 Review: The Book of Candle Magic by Madame Pamita
Recent Comments
0 | Leave a Comment
Browse Our Archives
get the latest from
3 Pagans and a Cat
Sign up for our newsletter
POPULAR AT PATHEOS Pagan
1

Are Humans the Children of the...
John Beckett
Related posts from 3 Pagans and a Cat