The tweet of the 2016 Presidential race could possibly be this one:

But a conservative radio host named Dana Loesch took this to new heights.  Did I say heights?  I meant depths.

On a recent show, she ripped into Kayleigh McEnany for her support of Trump and for doubting the conservative bona fides of anyone who didn’t support him.  Loesch said:

“Where was this chick? We have enough of these dilley-bar head bleach blonde people out there shrieking about ‘Well you’re not a conservative if you’re not this.’ I’m sorry where the hell were you several years ago? … Babycakes this was more than just going on television and flashin’ them pearly whites and your flat-chested, red dress, over-sprayed, bleach blonde hair while you sit there and you preach all this stuff about who is or isn’t a conservative.”

So let’s get this straight.  Loesch, who obviously takes great care to maintain her looks, is criticizing another conservative woman by calling her “babycakes” and “chick” and for having nice teeth and wearing a red dress?

Gosh, those people with good dental hygiene are the worst, but not as bad as the red dress wearers. 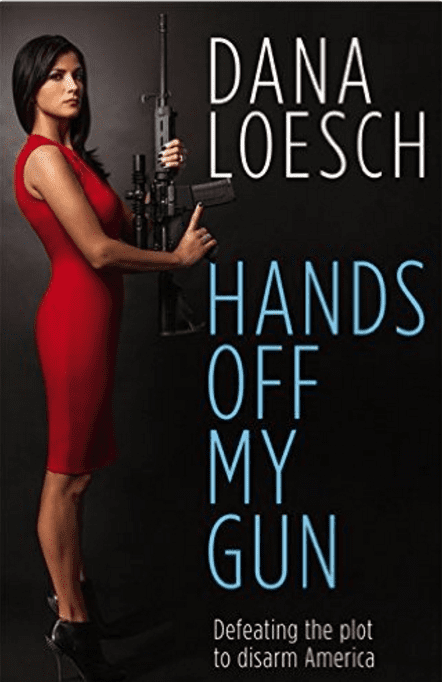 Well, not that red dress wearer.

Then, to add another layer of insult, she insults her breasts.

Yes, this is where we are in the 2016 Presidential race.  The Christian conservative #NeverTrumps who hate the Donald for — among other things — making fun of women, choose to mock his supporters for being women who just aren’t as pretty as they should be.

Oh, but here’s the real kicker.  The reason McEnany didn’t have the Loesch-approved sized breasts?  She had a preventative mastectomy since everyone in her family had died of cancer.

Here’s the full clip of the show:

When Loesch discovered her mistake, she was apologetic, saying, “I am ashamed that I let my passionate political rhetoric take precedence over basic human kindness.  So, so, so sorry for making fun of your medical condition.”

No, my bad.  That was my delusional fantasy about how Christian conservatives should act when discussing other women’s breasts to determine how politically accurate their positions are.

“Anyone who defends a candidate that has mocked a reporter’s disability, POWs, and blasted women as ‘bimbos’ with ‘blood coming out of their wherever’ surely has no problem with my addressing surrogates in a similar fashion. I’m sorry for the struggles she had but perhaps being the ‘victim’ of my words can give her an insight into the kind of harm Trump’s words inflicts on others.”

Donald Trump was mocked for saying “Two Corinthians,” because he’s obviously not as familiar with the Bible as this radio show hostess.  If we want to have real political dialogue, let’s first get every woman a boob job so we won’t be distracted by her horrible looks.

Then, we can really make America great again.

While mocking another woman’s breasts is beyond the pale, Did Kayleigh McEnany even HAVE a preventative mastectomy?   Here’s her interview on the subject. 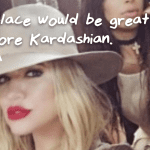 May 9, 2016
Cuba is open for business for celebrities. Their own people? Not so much
Next Post 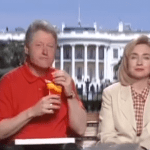 May 16, 2016 The most uncomfortable thing you'll ever see Hillary Clinton do
Recent Comments
25 Comments | Leave a Comment
Browse Our Archives
get the latest from
Politics Red
Sign up for our newsletter
POPULAR AT PATHEOS Politics Red
1