“He had a vision and he took a bullet for all of us,’’ James said. ”For us to stand here even though we’re trying to be divided right now by somebody, today is a great day for people to realize how America was built and how we all have to stand united in order to be one. Especially as Americans because we believe, we all know and we all believe, this is the greatest country in the world.”

Well, it didn’t take long for the media to figure out who that “somebody” was.

‘The state of racism will never die, but what we cannot do is allow it to conquer us as people. We can’t allow it to divide us,” he said. “The guy in control has given people and racism, and negative racism, an opportunity to be out and outspoken without fear. And that’s the fearful thing for us because it’s with you, and it’s around every day. But he’s allowed people to come out and just feel confident about doing negative things.

“We can’t allow that to stop us from continuing to be together and preach the right word of living and loving and laughing and things of that nature. Because would we want to live anywhere else? I don’t think so. We love this place.”

You may remember that James called the President a “bum” back in September — which was one of the most retweeted tweets of 2017.  This was in response to Steph Curry controversially refusing an invitation to the White House.

U bum @StephenCurry30 already said he ain’t going! So therefore ain’t no invite. Going to White House was a great honor until you showed up!

Of course, this didn’t sit well with conservatives.  Former Milwaukee Sheriff David Clarke tweeted, “LaBron James’ team mired in a slump having lost 8 of the last nine getting beat like a snare drum in several of those games and the locker room in total disarray, James has to deflect from his underperformance by trashing @realDonaldTrump. What lefties do.”

LaBron James’ team mired in a slump having lost 8 of the last nine getting beat like a snare drum in several of those games and the locker room in total disarray, James has to deflect from his underperformance by trashing @realDonaldTrump. What lefties do. https://t.co/kjXfsyiZfc

Maybe LeBron needs to think about his game more than he thinks about politics.
Hat Tip: SmokeRoom 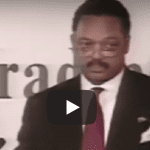 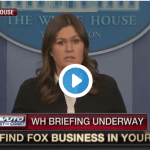 January 18, 2018 Donald Trump Becomes the First Sitting President to Address March for Life
Recent Comments
0 | Leave a Comment
Browse Our Archives
get the latest from
Politics Red
Sign up for our newsletter
POPULAR AT PATHEOS Politics Red
1