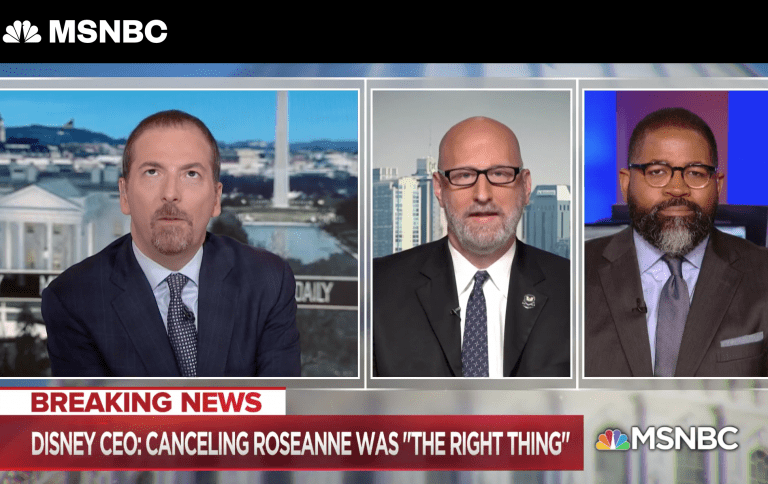 ABC, in a shocking move, canceled its hit show Roseanne after its main star, head writer, and producer — Roseanne Barr — sent out a racist tweet on Tuesday.  Barr attacked Valerie Jarrett, a former senior adviser to President Barack Obama, by tweeting, “Muslim brotherhood & planet of the apes had a baby=vj.”

When people on Twitter reacted to this message, she apologized.  “I apologize to Valerie Jarrett and to all Americans,” she said.  “I am truly sorry for making a bad joke about her politics and her looks. I should have known better. Forgive me — my joke was in bad taste.”

But that was not enough for the executives at ABC.  In a stunning move, ABC Entertainment president Channing Dungey announced they were canceling TV season’s No. 1 scripted series on all of broadcast.

“Roseanne’s Twitter statement is abhorrent, repugnant and inconsistent with our values, and we have decided to cancel her show,” Dungey said.

Actress Sara Gilbert was shocked at the tweet.  “Roseanne’s recent comments about Valerie Jarrett, and so much more, are abhorrent and do not reflect the beliefs of our cast and crew or anyone associated with our show. I am disappointed in her actions to say the least,” she tweeted. “This is incredibly sad and difficult for all of us, as we’ve created a show that we believe in, are proud of, and that audiences love — one that is separate and apart from the opinions and words of one cast member.”

Walt Disney Co. CEO Bob Iger agreed with the decision.  He tweeted, “There was only one thing to do here, and that was the right thing.”

From Channing Dungey, President of ABC Entertainment: “Roseanne’s Twitter statement is abhorrent, repugnant and inconsistent with our values, and we have decided to cancel her show.”
There was only one thing to do here, and that was the right thing.

Roseanne said that she was quitting Twitter, but was immediately back on.  In one tweet, she said, “Don’t feel sorry for me, guys!! — I just want to apologize to the hundreds of people, and wonderful writers (all liberal) and talented actors who lost their jobs on my show due to my stupid tweet. I will be on Joe Rogan’s podcast friday,” she wrote.

Matt Walsh’s take was a direct charge against conservatives:

Conservatives decided to adopt Roseanne — a far left, Christian-hating fruitcake — as one of their own. For their trouble, she has proceeded to embarrass them at every turn. Nicely done, guys. Give yourselves a round of applause.

Chuck Todd, on Meet the Press, discussed this issue with National Review writer and Constitutional lawyer David French, who made the statement that “ABC hired crazy, it got crazy.”

Watch the segment below: 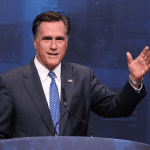 May 28, 2018
Mitt Romney Singles Out a Single Reporter and Shocks Him with His... Appreciation
Next Post