God: “I Shouldn’t Have Chosen The Rainbow” 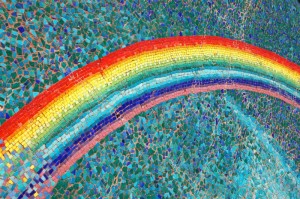 Several days after the US Supreme Court ruled that people with same-sex attraction have the right to “marry”, God admitted in an interview with AoftheA News that, in retrospect, using the rainbow as a symbol of his covenant with Noah was a poor choice.

“I shouldn’t have chosen the rainbow,” the Almighty Creator of Heaven and Earth said. “I debated between that and the Northern Lights, and chose the rainbow simply because it was easier. Seeing how the Gay Pride movement has hijacked it and claimed it as their symbol…well, I regret it. Don’t get me wrong – I created the rainbow, so therefore it is good. How it’s being used today…eh, not so much.”

Which then begs the obvious question: didn’t He see this coming?

“I am outside Time and Space, so yeah, I’ve known this since before creation. I haven’t been caught off guard. Now, those rainbow-covered avatars on Facebook… unfortunate, really. So many people being ignorant and naive and trying to be ‘with it’. And then to see it displayed across the White House? Bad. So bad.

“What’s ironic is that sodomy was one reason I wanted to destroy mankind, because “every imagination of the thoughts of [man’s] heart was only evil continually” (Gen 6:5). Every imagination. Continually. Trust me, it’s in there. So to abuse the symbol of my pledge to never flood the earth again as punishment for man’s sins – a bit insulting, to say the least.

“Fire and brimstone, though – still in play.”

How White Men Lost the Meaning...
suspended in her jar
Related posts from Acts of the Apostasy