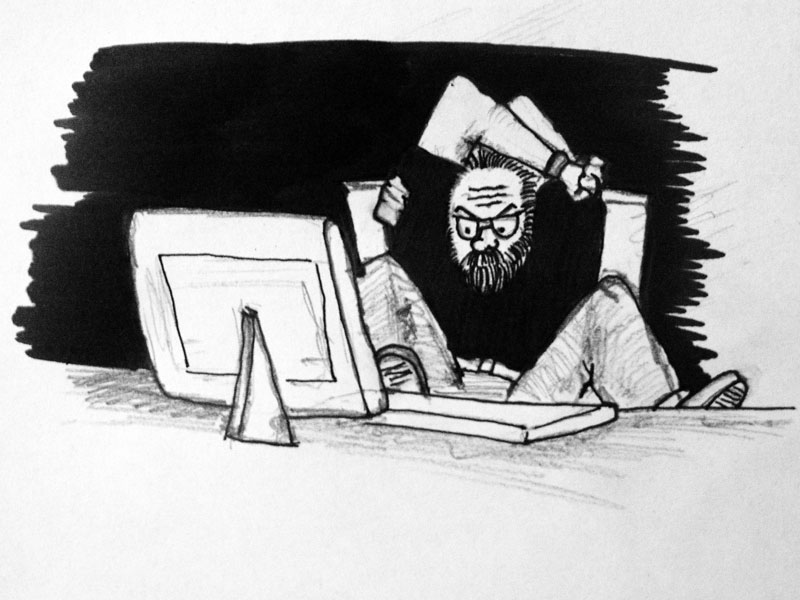 (AoftheANews) GREELEY, CO – The Catholic Psychotherapy Association released a report today on a condition they claim is rising, and while they know what’s causing it, they’re baffled by its’ sufferers behaviors.

“We’ve named it Unintentional Website Hits Inducing Nonsensical Exaggerated Rage Syndrome, or UWHINERS,” a CPA spokesman told AoftheA News. “Our member therapists are reporting an increase in diagnoses of this condition among clients who regularly surf the internet. It seems prevalent among people who click a Pewsitter hyperlink and end up at a Patheos blog. It’s not exclusive, but does seem to be an indicator.”

UWHINERS symptoms include strong feelings of disgust, anger, and frustration upon arriving at a website one wouldn’t have chosen knowingly, followed by an incessant need to complain about the experience.

“Sufferers of UWHINERS feel cheated and tricked upon reaching an unexpected website,” Dr. Carment Bachs, CPA Director of Internet Behavioral Studies said. “But then something peculiar happens, especially among those displaying advanced symptoms. Instead of simply exiting the site, sufferers seem compelled to read the posts, and in many cases, leave comments describing their displeasure – including at sites unrelated to the original website or post. There’s a compulsion to tell others, using terms like ‘dreck’ and ‘tripe’ to describe what they’ve read. It’s similar to micro-aggression triggering, and it may take years to cure these individuals.”

Dr Bachs explained it’s difficult to treat UWHINERS, because in most cases, clients reject their therapist’s diagnosis. “Owning up to the problem is the first step in treatment, but sadly, they don’t accept they’re the ones with the problem.”

Therapy techniques are currently in development, but in the meantime, the most effective treatments seem to be exercising patience, practicing charity, and avoiding sensationalist news aggregate sites altogether. 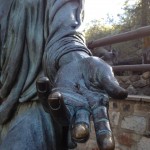 July 26, 2015
St Paul Street Evangelization - Sharing The Gospel, On The Streets
Next Post

August 5, 2015 Taking Measures To Make My Blog A Safer Place
Recent Comments
54 Comments | Leave a Comment
Browse Our Archives
get the latest from
Catholic
Sign up for our newsletter
POPULAR AT PATHEOS Catholic
1

St. Maximos, The Will, And Universal...
A Little Bit of Nothing
Related posts from Acts of the Apostasy