Steve Chalke and "The Lost Message of Jesus"

UPDATE 2014
Almost ten years on from this controversy, Steve Chalke’s Oasis was ejected from the Evangelical Alliance.

UPDATE November 2008– Steve Chalke has expressed his views more fully in a chapter in The Atonement Debate, and I have posted a response to this.

I felt like a lonely figure back in 2004 with my strong criticism of Steve Chalke’s views on the atonement. I argued that his words were close to blasphemy at the time. John Piper would subsequently accuse Chalke directly of blaspheming, and Wayne Grudem would first agree, then modify his position to something similar to what I had said back in 2004.

Many questions remain unanswered about this whole controversy, and I remain open to Steve coming on the blog and explaining his current position more fully to us, or indeed to quoting any clarification comments he wants to make elsewhere. Sadly, to date he has declined my repeated invitations to speak further about this controversy.

Another closely related post that was also very popular was a post which explained how Brian McLaren had supported Steve Chalke.

UPDATE #1
Controversy over Steve Chalke and the atonement continues to rage, and according to reports, may have been involved in the recent split between Spring Harvest and Word Alive.

One of the most infamous and tragic paragraphs written by a church leader in the last several years heaps scorn on one of the most precious truths of the atonement: Christ’s bearing our guilt and God’s wrath . . .

With one cynical stroke of the pen, the triumph of God’s love over God’s wrath in the death of his beloved Son is blasphemed, while other church leaders write glowing blurbs on the flaps of his book. But God is not mocked. His word stands firm and clear and merciful to those who will embrace it.

ORIGINAL POST
It doesn’t happen often, but the EA has issued a statement critical of a well-known UK Christian leader. Steve Chalke was criticized in quite strong terms for his book, which apparently says that the “penal substitutionary” aspect of the atonement is a false teaching. This latest criticism comes following a public debate and an article by Steve Chalke available online, during both of which he reaffirmed his views. The EA statement says:

We trust that instead of dismissing penal substitution out of hand as a false teaching tantamount to “cosmic child abuse,” Steve will recognise its significant place in the range of atonement theories to which Evangelicals have characteristically subscribed. We also trust that he will interact more positively both with the theology which underpins it, and with that vast majority of Evangelicals across the world who continue to affirm it. It may be true, as Steve has claimed, that Evangelicals are often perceived to be harsh, censorious, and ungracious, and that this can hamper evangelism. However, we do not accept Steve’s assertion of a causal or necessary link between affirming penal substitution and being harsh, censorious, and ungracious.

For these reasons, we do not believe that penal substitutionary atonement can be rejected as it is rejected in “The Lost Message of Jesus,” and as Steve has persisted in rejecting it since. While affirming the many gifts which Steve has to offer, we urge him, as a much-loved brother in Christ, to reconsider both the substance and style of his recently expressed views on this matter.

So what was all the fuss about? Steve Chalk in his book says this: 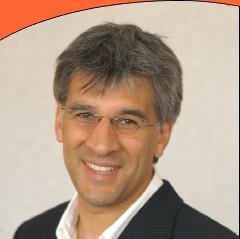 The fact is that the cross isn’t a form of cosmic child abuse—a vengeful father, punishing his son for an offence he has not even committed. Understandably, both people inside and outside of the church have found this twisted version of events morally dubious and a huge barrier to faith. Deeper than that, however, is that such a construct stands in total contradiction to the statement “God is love.” If the cross is a personal act of violence perpetrated by God towards humankind but borne by his son, then it makes a mockery of Jesus’ own teaching to love your enemies and refuse to repay evil with evil. The truth is the cross is a symbol of love. It is a demonstration of just how far God as Father and Jesus as his son are prepared to go to prove that love. The cross is a vivid statement of the powerlessness of love.

God is not powerless. To call the traditional view of the cross “cosmic child abuse” is sufficiently close to blasphemy that I almost didn’t post it here.

To question the idea that Jesus died to take the punishment for our sin questions the very heart of the gospel. There is no doubt that this view of the atonement is primarily a judicial matter, i.e. there being a real penalty for sin that God exacts from Christ, is the theory that Evangelicals have always held dear. The wrath of God against sin is very real and needs to be turned away. So if this debate is arising, it is once again a debate about the very definition of an Evangelical. The lines are clearly drawn. Grudem (I know, I have quoted him once already today!) states quite categorically of the penal substitution theory of the atonement:

It means that there is an eternal, unchangeable requirement in the holiness and justice of God that sin be paid for. Furthermore, before the atonement ever could have an effect on our subjective consciousness, it first had an effect on God and his relation to the sinners he planned to redeem. Apart from this central truth, the death of Christ really cannot be adequately understood.

I fear (although, to be fair to Steve, I have not read the whole of his book) this sounds to me like an attempt to rid the cross of its scandal. The cross has always caused offence. But without the message that sin really is important and worthy of punishment, what have I to say to a parent whose child was murdered? Should the guilty one be punished in that instance? If so, then why should lesser sins not be? Just what gospel do we have left if we rob the cross of its core message—that there is a God who loves us enough to take our place and receive the punishment that we deserve?

Evangelical
How to tell if you are an Evangelical...
Adrian Warnock

Evangelical
Why silence about controversies should not be read...
Adrian Warnock 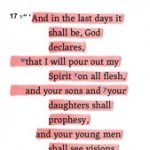 The Making of the Non-Binary Gender
When we think of "transgender," we usually think of men wanting to...
view all Evangelical blogs
What Are Your Thoughts?leave a comment

4,402 responses to “Steve Chalke and "The Lost Message of Jesus"”