UPDATE – Steve Chalke has expressed his views more fully in a chapter in The Atonement Debate, and I have posted a response to this.

A reader recently pointed me to the following passage from a longer article on The Resurgence about Brett Kunkle’s concerns about the Emergent movement. I hope my American readers appreciate that the atonement issue is far from being just  a UK problem at the moment; this quote certainly makes that plain! 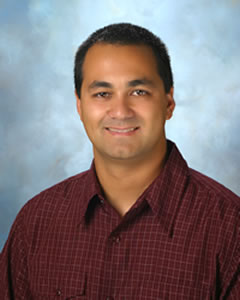 “My first area of concern is the cross. Here we ask questions like “What is the meaning of the atonement?” and “Did Jesus actually pay for or purchase anything on the cross?” How are EC leaders answering?

Brian McLaren addresses the cross in his book, The Story We Find Ourselves In. His fictional character Kerry, who happens to be a seeker, asks how Jesus fits in to God’s story. Carol, a Christian, answers with a summary of substitutionary atonement: “Well, I believe that God sent Jesus into the world to absorb all the punishment for our sins. That’s what the cross was all about. It was Jesus absorbing the punishment that all of us deserve. He became the substitute for all of us. As he suffered and died, all our wrongs were paid for, so all of us can be forgiven.” Kerry responds: “For starters, if God wants to forgive us, why doesn’t he just do it? How does punishing an innocent person make things better? That just sounds like one more injustice in the cosmic equation. It sounds like divine child abuse. You know?” Surprisingly, Kerry’s “divine child abuse” analogy is not the most disturbing aspect of McLaren’s narrative. What is is the absence of a biblically informed response from the other characters. As the narrative continues, the legitimacy of the analogy is never refuted, let alone examined or questioned.

Taken alone, this is worrisome. Coupled with McLaren’s endorsement of Steve Chalke’s book, The Lost Message of Jesus, this is cause for concern. But add to these the following account from McLaren’s book, More Ready Than You Realize, and his views on the cross are a serious concern. So what does McLaren say there?

McLaren describes an encounter with George, a parishioner at his church. George believes in God but, by his own admission, is “still no closer to believing in Jesus Christ” because Jesus doesn’t make sense, particularly his death on the cross. George asks Brian, “Why did Jesus have to die?” Upon hearing the question, McLaren is struck by two thoughts. First, George seemed to be asking the question in a way McLaren had never been asked. Second, McLaren does not think his Christian answers fit the way George is asking the question. McLaren asks George for two weeks to think about an answer. After wrestling with the question but finding no answer, McLaren shares the dilemma with his brother Peter saying, “ . . . a couple of weeks ago I realized that I don’t know why Jesus had to die.” His brother quickly responded, “Well, neither did Jesus.” After citing the story of Jesus in the Garden of Gethsemane as evidence, Peter says, “sounds to me like Jesus didn’t really understand why it had to be that way either. But the point wasn’t understanding it; the point was doing what needed to be done.”

When it is time to meet with George again, McLaren recounts his brother’s answer to George’s question, “Why did Jesus have to die?” George, while acknowledging that Brian’s response does not answer his question, believes this is actually better than an answer and tells Brian, “It kind of makes the question not really matter so much.” And then McLaren concludes the account with this: “Over the next few weeks, George progressed in his faith to the point of becoming a committed follower of Jesus.”

Let me say three things in response. First, does McLaren actually think Jesus did not know why he had to die? What about Matthew 20:28? ” . . . just as the Son of Man did not come to be served, but to serve, and to give His life a ransom for many.” Or what about Jesus’ words to his disciples at the Last Supper? “And when He had taken a cup and given thanks, He gave it to them, saying, “Drink from it, all of you; for this is My blood of the covenant, which is poured out for many for forgiveness of sins.” Surely Jesus knew why he had to die. One cannot read the New Testament and conclude otherwise.

Second, does McLaren think one can become a “committed follower of Jesus” without knowing why Jesus had to die? This is certainly implied in his interaction with George. But is there not some minimal understanding needed of sin and the cross before one can place their trust in Christ? Is not an understanding of sin inextricably bound up with repentance? Again, I must side with the New Testament rather than McLaren.

Third, is McLaren being faithful to the gospel when a member of the flock entrusted to him asks him why Jesus has to die and he can give no answer? How can he allow George to walk away thinking this question doesn’t really matter that much anymore? After reading McLaren, we are left with serious concerns regarding his view of the cross.”

July 1, 2007
The Atonement and the Resurrection - It's All About Jesus
Next Post

July 2, 2007 Penal Substitutionary Atonement - Precious Gospel or Divine Child Abuse?
Browse Our Archives
get the latest from
Adrian Warnock
Sign up for our newsletter
POPULAR AT PATHEOS Evangelical
1

Evangelical
How to tell if you are an Evangelical...
Adrian Warnock