GUEST POST: Was Jesus really crucified on a Wednesday?

Those of you who have been reading Christian blogs for almost ten years will no doubt remember one of my early inspirations, an insanely popular blogger called Josh Claybourn.

Well, eventually Josh hung up his blogging hat and I have been trying to persuade him ever since to re-enter the fray. Well today I am thrilled to welcome him as a guest writer on my blog. His post takes up a subject that I have heard mention of a few times over the years: the notion that the church may have got the events of “Holy Week” all wrong. I haven’t researched this enough to be sure what I think about this myself, but I would love to hear your perspectives in the comments section. 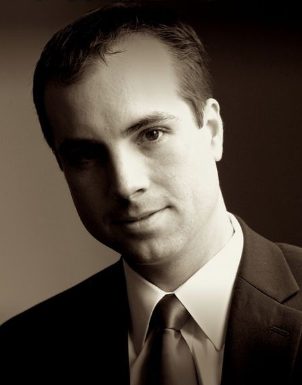 Joshua Claybourn is an author and attorney living in Indiana. His interests include the intersection of faith and history, and he is actively involved in a number of associations and groups dedicated to such topics. You can find him online at www.JoshClaybourn.com.

By Joshua A. Claybourn
Many Christian traditions call this day of the Holy Week “Silent Wednesday” because it is believed the Bible tells us very little about Christ’s actions on this day. In the Catholic tradition, this is also called Dark Wednesday or the Wednesday of Darkness, to underscore the loneliness of Jesus. Luke does say that, “each day Jesus was teaching at the Temple… and all the people came early in the morning to hear him.” Presumably Jesus stayed in Bethany, where He had been before.

Despite the long held church tradition for this day’s events (or lack thereof), there is a growing body of scholars who claim the traditional Holy Week calendar is all wrong. In fact, they argue Wednesday, not Friday, was actually the day Christ was crucified. The controversy touches upon a number of crucial facets of Christianity – Biblical inerrancy, church tradition, and the Trinity.

Skeptical contemporaries of Jesus demanded a sign that He was the Messiah. The story is recounted in Matthew 12:38-40:

Then some of the Pharisees and teachers of the law said to him, “Teacher, we want to see a miraculous sign from you.” He answered, “A wicked and adulterous generation asks for a miraculous sign! But none will be given it except the sign of the prophet Jonah. For as Jonah was three days and three nights in the belly of a huge fish, so the Son of Man will be three days and three nights in the heart of the earth.

Elsewhere Scripture reinforces the point that Jesus was to be dead for three days and three nights, including in Mark 8:31, where we are told that the Son of Man “must be killed and after three days rise again.” In Matthew 27:62-64 the Pharisees quote Jesus as saying, “After three days I will rise again.”

Yet if Jesus rose on Easter Sunday, and was crucified on Friday evening, his burial would have merely lasted one day and two nights. So why has church tradition pegged His crucifixion to Friday when that timeline contradicts clear pronouncements otherwise? The answer can be found in Mark 15:42, where we are told Jesus was crucified on “Preparation Day (that is, the day before the Sabbath).” Since the weekly Sabbath occurs on Saturday, it was presumed He was crucified on Good Friday. For centuries now the church has stood by this contradiction with a defense which Martin Luther sums up well:

How can we say that he rose on the third day, since he lay in the grave only one day and two nights? According to the Jewish calculation it was only a day and a half; how shall we then persist in believing there were three days? To this we reply that he was in the state of death for at least a part of all three days. For he died at about two o’clock on Friday and consequently was dead for about two hours on the first day. After that night he lay in the grave all day, which is the true Sabbath. On the third day, which we commemorate now, he rose from the dead and so remained in the state of death a part of this day, just as if we say that something occurred on Easter-day, although it happens in the evening, only a portion of the day. In this sense Paul and the Evangelists say that he rose on the third day.

Yet Christ did not say, “After two nights and one day I will rise again.” He said, “After three days I will rise again.” This point is emphasized repeatedly in the Bible. Thus, modern interpreters of the Bible risk making Jesus Christ a liar and undercut any other claims they may have to literal interpretation of Scripture.
The conundrum can be solved with a closer examination of the Scriptural text and an understanding of the Jewish calendar. In addition to weekly Sabbaths on Saturday, the Jewish calendar has seven Annual Sabbaths, also called “High Days”, which can fall on any day of the week. We know that Jesus was crucified on the day before a Sabbath, and John 19:31 plainly says that this particular Sabbath was a “special Sabbath,” or in the Greek translation, a “High Sabbath.”

Proponents of the Wednesday crucifixion theory argue that this special Sabbath was the Feast of Unleavened Bread, which commenced on the 15th day of the Jewish month of Nissan and was preceded with a Passover meal on the 14th of Nissan. If Jesus was crucified in 30 A.D. or 31 A.D., the 14th of Nissan would have fallen on a Wednesday, with the next day being an Annual Sabbath. All of this fits perfectly within the Scriptural timeline. If true, the Wednesday crucifixion would have occurred the day before a Sabbath, as recounted in the Bible, and this ultimate sacrifice would have occurred on a day typically reserved for the sacrifice of the Passover Lamb.

Other pieces of the puzzle add weight to the Wednesday crucifixion theory. Modern versions of Matthew 28:1 record the resurrection as occurring “After the Sabbath, at dawn on the first day of the week.” But the Greek text reads “After the Sabbaths” (plural), meaning two Sabbaths had passed between the crucifixion and resurrection of Jesus – the annual Sabbath and the weekly Sabbath.

Is it possible then that centuries of church tradition have had it all wrong? The church has certainly not been a model for accurate calendar construction. Modern scholars are in general agreement that Christ wasn’t actually born on December 25th, as we traditionally celebrate. So it shouldn’t be surprising that our traditional timeline for the Holy Week could be off as well.

Nevertheless, there seems to be something more egregious about goofing on the Holy Week. Not only are this week’s events the most important in the Christian faith, our approach to Scriptural accounts of them can have significant implications on the whole Bible. As we celebrate this day of the Holy Week, it may be wise to consider the possibility of a Wednesday Crucifixion.

April 15, 2014
Why God doesn't want you to have a personal relationship with him
Next Post