I believe in Jesus: A Sermon on the Trinity and the Resurrection

The following sermon was preached on Sunday 30 March in Northwood Church in Keller, Texas. Encouragingly there was a number of gospel responses afterwards. You can watch the video here, or download the audio and a powerpoint file from the church’s website. Some brief notes follow the video here.

UPDATE: I have also since preached a version of this sermon that went into more detail on the Trinity

I believe in God the Father, Almighty, Maker of heaven and earth.

And in Jesus Christ, his only begotten Son, our Lord.

Who was conceived by the Holy Ghost, born of the Virgin Mary.

Suffered under Pontius Pilate; was crucified, dead and buried: He descended into hell.

The third day he rose again from the dead.

He ascended into heaven, and sits at the right hand of God the Father Almighty.

From thence he shall come to judge the quick and the dead.

I believe in the Holy Ghost:

I believe in the holy catholic church: the communion of saints:

The forgiveness of sins:

The resurrection of the body:

And the life everlasting. Amen.

“His only begotten Son, our Lord”

Three senses of begotten ….. Eternal, Virgin birth, resurrection as the first born of the New Creation

Jesus one substance with God, the imprint of him. Took on human form.

Illustrations are only helpful for showing what trinity is NOT like

e.g. WATER/ICE/STEAM  But God all three at once

or FATHER/HUSBAND/SON “at once” but GOD is three persons not one. 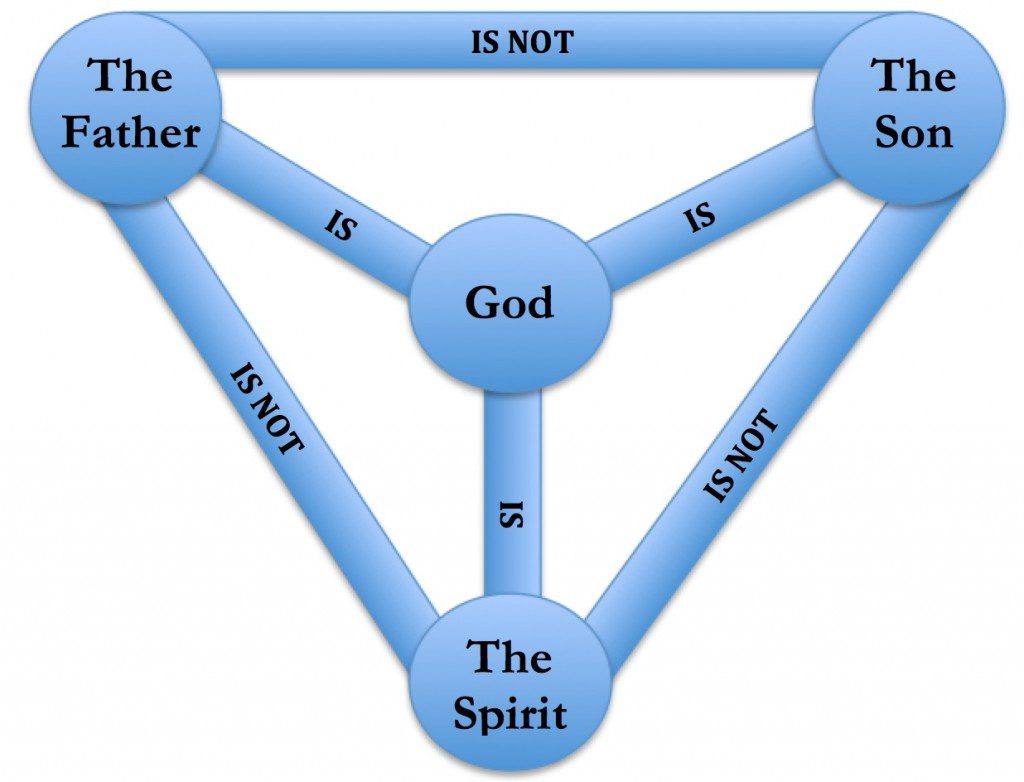 The diagram above was found on Wikkipedia, but it is something that was first drawn hundreds of years ago. It shows us that the Father is not the same as the Son or the Spirit, but they are all God.

How else do we know Jesus is God?

or HE REALLY ROSE AGAIN!

For a summary of the historical evidence see my free chapter “Did Jesus really rise from the dead?”

What is our response to all this? 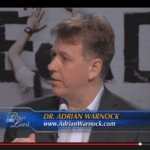 March 29, 2014
TBN special on God's Not Dead hosted by Rice Broocks
Next Post 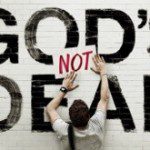