This just released from the Association of Christian Teachers:

ACT – now to keep religious freedom in our schools.

There has never been a time like this. Schools were part of the family business of the church and as Christians we let it go. Now those who want to uphold faith in schools are beleaguered on every side. No there hasn’t been a change in the law surrounding religious education and collective worship. No there hasn’t been a groundswell of public opinion against how schools are run. So what has happened?

In the governments rush to beat extremism and in the light of the ‘Trojan Horse’ affair it panicked and has allowed some well intentioned legislation to be ambushed and corrupted by those who want religion out of our schools altogether.

It won’t do Secretary of State. Whilst many opposed what the last Education Secretary did at least he was not a pushover by any group wanting to get their way.

As Christians and indeed those of all faith communities now is the time. If all our children are to be educated in the round and their spiritual and moral growth is to be supported and nurtured in safety we must ACT NOW to prevent religious and spiritual matters from being stripped from our schools.

Whilst many of us have worked behind the scenes trying to uphold religious freedoms in our schools now is the time we must all stand together and ensure these freedoms are not taken away. Once lost they cannot be regained.

Has the UK government breached the Human Rights Act in recent school regulations?

The Christian Institute have made public a legal opinion they commissioned from John Bowers QC regarding recent changes to the school regulations that seem to require religious schools to cease being religious schools. For More Information UKChristian School reports closure threat Is a UK government body harassing Jewish and Christian schools? Bowers argues that the regulations breach the Human Rights Act, stating: “Under the second sentence of Article 2 of the First Protocol parents have a …  END_OF_DOCUMENT_TOKEN_TO_BE_REPLACED

What a difference a year makes in modern Britain if you are a religious school.  In yesterday’s article I suggested there may be a secret plan to neuter or close all religious schools in the UK.  One of the affected schools has now released more information about what they have faced. Trinity Christian School is a tiny, independently run school which takes no money from the government. In November 2013 it received the following commendation on its first Ofsted visit: The provision for pupils’ sp …  END_OF_DOCUMENT_TOKEN_TO_BE_REPLACED

Is a UK government body harassing Jewish and Christian schools?

The new intolerance is clothed with the language of promoting equality. Yet it seems religious groups are less equal than others. In this article I will outline a worrying pattern that hints at the possibility of a secret UK government plan to weaken, and eventually close, religious schools.MoreCoverage: Independent Christian school Releases Details of Closure Threat Has the UK government breached the Human Rights Act in recent school regulations?Christian and Jewish schools in the …  END_OF_DOCUMENT_TOKEN_TO_BE_REPLACED

October 27, 2014
Has the UK government breached the Human Rights Act in recent school regulations?
Next Post 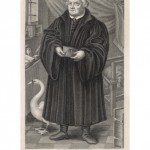 October 27, 2014 Martin Luther's contribution: so important that God himself foretold it
Recent Comments
0 | Leave a Comment
"Thank you for your article! For my whole 60+ years I've had a hip condition, ..."
Linn Strength in Weakness
"I no more fear the nonexistence that will come upon my death then the nonexistence ..."
Mike The one question atheists can't answer: ..."
"The bottom line of all of this is that Romans 7 is expressing utter complete ..."
crossroman Disagreeing with Piper Over the Man ..."
"Yes this is good! - it (Romans 7) calls for the forced abandonment of the ..."
crossroman Disagreeing with Piper Over the Man ..."
Browse Our Archives
get the latest updates from
Adrian Warnock
and the Patheos
Evangelical
Channel
POPULAR AT PATHEOS Evangelical
1