King David: As shrewd as a serpent?

King David: As shrewd as a serpent? November 6, 2014 Adrian Warnock 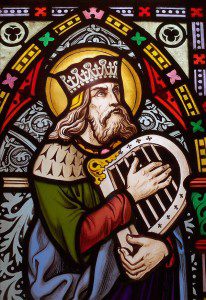 When I read 1 Samuel 29 I have a number of unanswered questions. At the top of the list is “Would David really have fought against King Saul alongside the Philistines he had been hiding with?”

It is hard to imagine that the answer would have been yes.

David told the Philistine king he would have been a loyal subject and fought his fellow Hebrews. The king believed him, but others reminded him of David’s long-forgotten past as a slayer of Philistines, and their view prevailed.

David had run to the Philistines. One cannot help feel that perhaps he had backslidden a bit from his faith in God. The Bible doesn’t tell us this, so we are left with two possibilities here:

Perhaps David himself didn’t even know the answer to this question.

We don’t see him seeking God’s will about what he should do. Indeed, his decision to run away and hide had perhaps been one made out of fear and not faith.

The contrast between these two kings is interesting, as one commentator noted:

It would seem most likely that King Achish was being naive and gullible in accepting that David would fight for him. But David had shrewdly built himself a reputation. He was prepared to bide his time,  and was not going to declare his hand.

Jesus told his followers to “be wise as serpents and innocent as doves” (Matthew 10:16).

While we are not meant to deceive, we can perhaps learn something from the shrewdness of David.

Also, sometimes it is wise to let other people or situations make our decisions for us. Here, in the end, David did not have to actively choose sides in this great conflict. God had other plans for him.

November 7, 2014 "The character of our praying will determine the character of our preaching."
Recent Comments
0 | Leave a Comment
"Faith is what has the Hindus believing their deities exist & allows the Sikhs to ..."
C Nault Three Phases of Faith
"Well if Trump had not insisted the US leave the WHO they could have been ..."
Realist1234 Are COVID-19 vaccines made from aborted ..."
"Is that market still going? Has there been a thorough investigation? The US needs to ..."
Guthrum Are COVID-19 vaccines made from aborted ..."
"Yes. You have to be crazy to create such things if the intent is to ..."
Realist1234 Are COVID-19 vaccines made from aborted ..."
Browse Our Archives
get the latest from
Adrian Warnock
Sign up for our newsletter
POPULAR AT PATHEOS Evangelical
1

The 4 Semester Year Is Ending: Be Kind...
There is a weariness that this delightfully normal summer, God willing, may...
view all Evangelical blogs
What Are Your Thoughts?leave a comment
Copyright 2008-2021, Patheos. All rights reserved.
error: Content is protected !!