Modern Reformation: a contrary but friendly appeal on Gifts of the Holy Spirit

A few months ago the new editor of The Modern Reformation wrote to ask me to consider contributing an article to what is now their current issue.

The issue approaches the work of the Holy Spirit (and the sign gifts of the Spirit) from a cessationist view point, but we believe that an article from a non-cessationist would be a valuable addition to the issue. Specifically, we’re hoping for a sort of personal appeal to fellow evangelicals that to believe in the continuing ministry of the Holy Spirit does not necessarily lead to the more outrageous examples of charismatic practice that are often invoked by non-charismatics as a kind of scare tactic during debates and discussions about the gifts.

How could I refuse such an invitation? Here is the introduction to my article, I encourage you to read the whole article, and yes the contrary opinions expressed in the rest of the magazine! 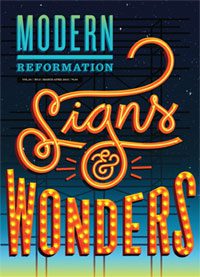 At the heart of the Reformation was the call to go back to the Bible as our sole authority. The Bible contains clear commands to pursue spiritual gifts that were never rescinded. I would therefore argue that the charismatics are most consistent with Reformed principles. I contend that the idea that prophecy and other gifts have ceased simply cannot be argued from Scripture, and so this cannot be true.

The Reformation itself is believed to be have been predicted by prophecy one hundred years before it began. Huss is reported to have said to his executioner, “You are now going to burn a goose, but in a century you will have a swan whom you can neither roast nor boil.” (1) Remarkably, the name “Huss” means “goose” and Luther had a swan as his coat of arms. If most evangelicals can accept the idea that Huss prophesied, why shouldn’t others accept it too?

Other leading Reformed Christians had similar experiences; for example, when Spurgeon was a young boy it was prophesied he would preach to vast crowds. (2)

Many did not want to call these experiences spiritual gifts and were theologically cessationist, but they seem to have been functionally charismatic. Why should it be surprising that some of the heirs of the Reformers would still be open to such phenomena? Call us simple-minded, but we Reformed charismatics want to call these phenomena by biblical names. We feel as obligated to obey the following New Testament instructions as we are to follow all the others:

I cannot think of any other set of New Testament verses so flagrantly and deliberately disobeyed today by so many believers. . .

If we want to follow the Bible, there are no grounds to reject what God himself has given and has never taken away . . .

READ THE REST at  Modern Reformation – A Friendly Appeal 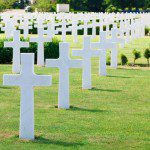 March 14, 2015
How a misinterpreted verse can make us feel guilty when we grieve
Next Post 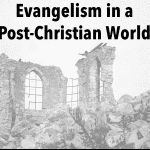 April 20, 2015 Ancient Morality vs Modern 'Freedom'
Recent Comments
3 Comments | Leave a Comment
"The assumption that she is in heaven might have little base in fact. Evans left ..."
David Rachel Held Evans is with Jesus
"'hope' is a good thingIn the words of the writer Vaclav Havel,“Hope is an orientation ..."
Christiane Smith Choosing Hope for 2020
""Excellent. Thanks for accepting the criticism without offense."It is wonderful when others can take criticism.Sadly, ..."
Blackball Keep Asking and Expecting
"Men are evil but the truth does not change"
Brian K Clark John MacArthur accuses half-a-billion Christians of ..."
Browse Our Archives
Follow Us!