The final compassionate word on Will Smith vs Chris Rock

I have resisted the urge to jump into the furore over what happened between Will Smith and Chris Rock. On the one hand I didn’t want to defend violence, because to smack someone in the mouth is never the answer. But on the other hand I didn’t like the way many peoole were roundeing on Will and cancelling him. Labelling him as no good and somehow undoing all his other contributions to society. It’s as though we’ve got to the point that a single mistake is allowed to define who we’re are irrevocably. That when a label of “no good” gets applied to someone there’s no way back from that point for them.

It’s hard to get inside Will’s head on that night. But as I watched King Richard after that incident, I had to wonder, was Will in some ways behaving in what he thought was Richard Williams character (as he played him) at that moment? His garbled acceptance speech gives some credence to that idea. He did speak talking  about protecting his family in a similar way to how we see Richard Williams protecting his own family. Of course that doesn’t excuse or condone what happened it just helps to explain it. And perhaps we see something of the complexity of a man wrongly lashing out in some instinctive way to do what at least in that moment felt to Him at least to be good motives.

But my fundamental problem with the way many have reacted to this situation is the finger-pointing self righteousness.  There seems to be an absence of the kind of humility that looks at a so-called “sinner” and says

“There but for the grace of God go I”

But surely Terry Crews must get the final word on Will Smith vs Chris Rock. I love the compassion in this guys words. He doesn’t cancel like so many but he also doesn’t condone. This kind of gracious speaking the truth is what we’ve lost in a world where we demonise “perpetrators” and pretend they are other to us, and idealise “victims” and claim they can never do anything wrong. 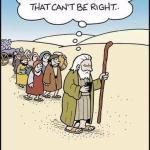 May 14, 2022
Delays, detours, disappointments, despair, and divine guidance. Today's article is brought to you by the letter D!
Next Post

May 25, 2022 Dawkins vs Collins - amicable and engaging meeting of two great minds
Recent Comments
0 | Leave a Comment
"and of course, no mention that HEK293 was extracted while the fetus was still alive ..."
Boba Williams Are COVID-19 vaccines made from aborted ..."
"What does it mean to love our neighbor?Mankinds idea of love and God/Jesus idea of ..."
D.M.S. Jesus gospel of social justice
"When it comes to the elect in our Lord Christ Jesus.We can find the poor, ..."
D.M.S. Jesus gospel of social justice
"Good post. Thank you.Tom Well's book "A Price For A People" touches on this topic ..."
Rick Owen J. I. Packer on the Atonement
Browse Our Archives
Related posts from Adrian Warnock