The Corner Crone: What Were You Expecting?

The Corner Crone: What Were You Expecting? October 2, 2019 Martha Kirby Capo

“I heard the call of the goddess and I’m studying, but I’m not feeling it.”

“I’m so worried about not getting it right; what happens if I do something wrong? Will my deity be angry?”

“It’s impossible for me to do my ritual at midnight. Should I just give up?”

Maybe you’ve been experiencing the same frustrations lately. You’re doing everything “right”. You’re careful about using locally sourced materials that haven’t been over-harvested, you’re mindful about avoiding cultural appropriation in your practices; you’re on the alert for any and every possible sign that might be a message from your deity. You’ve crossed every T and dotted every I.

In short, you’ve ploughed the field, you’ve planted the seeds, and now you’ve got . . . NOTHING. NADA. ZIP. Surely the fault lies with you.

If you’re coming into witchcraft with the expectation that now you’re going to have incredible powers, you’re probably going to be disappointed. Witchcraft, at least in my understanding (and I speak only for myself) is about claiming your own power, your own agency—and that feels incredibly, well, empowering. So many of us are in power-under relationships; that is, someone (or a lot of someones) has/have power over us.

It’s a heady moment when we intentionally seek out and discover our power-within. In fact, it can be such a head-rush that we can over-balance and tip into a state of euphoric empowerment that can beguile us into thinking we now have an ultimate kind of power, and we do . . . over ourselves. Not over everything.

We have such a tendency to see ourselves as others tell us we are, but is that who YOU say you are? We look outside of ourselves to define ourselves –and that’s important, for we exist in community, in a continuum. But the judgements of others should not form the entire basis of how we each define the deepest core of who we are.

Practice: Take a few moments to center yourself in front of a mirror. You may want to have your journal or a piece of paper and a writing implement with you. Look deeply into your own eyes for a few—or several—minutes, however long it takes for you to feel the clutter in your mind quieting down.

Take all of yourself into your gaze, without judgement. Simply look closely. Allow words that describe who you see to bubble up, and notice where those words are coming from. Are they your words or someone else’s? Whose are they?

Expectations about Signs can be limiting. When we are new on the Path we are often quite tied to precisely defining our expectations about messages from deities. New witches get tripped up, I think, when they define what Signs must look like, must sound like. Must be like.

Please note here I am not talking about stating outcome expectations when spell-crafting. Precision, focus, and clearly-defined intent are crucial to successful spell-work. And, I would say, a truly honest, deep, and authentic relationship with yourself is also a critical component of successful spell-work. Witch, Know Thyself. (Even the icky parts.)

If you’re thinking that now you’re going to see symbols associated with your deity everywhere because that’s what’s “supposed” to happen and that’s how you’ll know you’re “doing it right”, you may be disappointed.  Yes, showers of keys or sudden, multiple encounters with black dogs do happen for a lot of folx, but not everyone. You may be expecting to see keys or black dogs or snakes or whatever the symbol may be for your deity and that’s perfectly OK—I do it too. We all do. Like I said, it happens a lot.

My point is that if that’s ALL you’re opening your senses to—strictly the symbols that have been documented as having to do with your deity—you might be missing the particular-to-you signs that are beckoning for your attention. I think sometimes folx new on the Path might experience Signs in terms of extraordinary “somethings” that repeatedly pop up in their perceptions, rather than perceiving something within the ordinary that is already around them in a new way that offers fresh insight.

I’ll give you an example: my friend and I had just finished a simple Ritual marking the end of her dreams of having her own successful acupuncture practice. We were in the meadow of a local park and planned to walk the trails after finishing to symbolize her acceptance of having to discover a new pathway for her future.

We chose to do the Ritual on a weekday, knowing that most folx would either be in school or at work, pretty much ensuring we’d have some privacy. Just as we finished the Ritual a trio of figures exited the trailhead from the woods into the meadow: an older woman, a mid-aged woman, and a young girl. We watched as they crossed the edge of the meadow and continued onto the bridge spanning the creek.

Now, there’s nothing intrinsically extraordinary about a grandmother, her daughter, and her grand-daughter taking a walk through a park before heading off to lunch. And in fact they may not have even had those relationships with each other (though in all probability they did). Yet I experienced that ordinary sight as a profoundly personal Sign.

Did that moment precisely line up with my deity’s correspondences? Maybe tangentially; there were three of them after all. Yet I knew in a blinding flash of insight that this was a sign from Hekate; I didn’t dismiss the moment as essentially meaningless because it did not match up with what I might expect to see when Hekate makes Her Presence known. My friend, a Hellenist, didn’t make the same association I did, but she didn’t have to for that experience to be deeply affirming and meaningful to me. When you know, you know.

A Note About Transactionalism

Jade Alcestis Hall writes in her terrific Risking the Wrath of the Gods article:

When I began working with Hekate, I would feel uneasy if for some reason I was not able to leave an offering at the crossroads on the Deipnon. As I suffer a chronic illness, it is easy for me to be too tired to perform ritual when I would like to. Once, when travelling away from home and staying with a friend, I was not able to observe the Deipnon at all. The next day, a business event which I had anticipated being very successful, turned out disastrously. … [Was] my relationship with the divine…transactional?

Hall explores the idea of a transactional relationship with Hekate, reaching the same conclusion John Beckett writes about in Our Gods Are Not Safe (quoting Morpheus Ravenna): the gods are not vending machines.

If you’re thinking “now that I’ve got my Deity on my side my problems are over!” you will almost certainly be disappointed. We live in the mundane world and we will continue to have mundane problems. How you approach those problems, how you determine their effects on you, though—that will change as you deepen your relationship with your deity. In a very real sense, you are your deity’s hands on earth; your words and interactions can be reflective of your deity, thereby bringing your deity to life for others on this plane.

I work with Hekate as Guardian, Guide and Gatekeeper. These epithets, in turn, shape how I choose to interact with the world around me. I’ve recently been exploring a relationship with Hekate Rixipyle, She Who Tears Down the Gates; that’s the characteristic I hold in mind when I’m confronting an old behavior or fear that holds me back from new opportunities, new growth.

But What If I’m Doing It All Wrong?

I would guess there aren’t many among us (I hope not, anyway) who would react with spiteful indignation when presented with the best efforts of a person who seeks to be in authentic relationship with us. A person who seeks, however clumsily or awkwardly, to express how much they love us. And so too, I would maintain, with our deities. If your heart is in the right place, if you intend nothing but the highest respect, if you’re truly open to gaining an insight that might not necessarily align with what you expected–you’re doing it just fine. 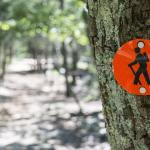 October 1, 2019
Living the Liminal: Signs Everywhere – Do You Want Them or Not?
Next Post 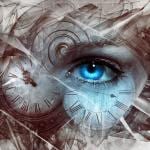 October 2, 2019 Magick IRL: Spiral Out; Keep Going
Recent Comments
0 | Leave a Comment
"I applaud your success in taking back control of your time and I'm so happy ..."
Willow Rose Between Two Worlds: Dark Moon, Tarot, ..."
"Hospitality is a cornerstone of Heathenry, and I include Druidry, Asatru, and other Northern European ..."
K. W. Hammes Druid in the City: Druidic Thoughts ..."
"While I absolutely agree with the spirit of your comment, individual mental health capabilities should ..."
Laurie Between Two Worlds: Dark Moon, Tarot, ..."
"My mentor once told me, when I asked about fairies that when he was young ..."
David Hogan Irish-American Witchcraft: Why the Roots of ..."
Browse Our Archives
get the latest from
Agora
Sign up for our newsletter
POPULAR AT PATHEOS Pagan
1