Between Two Worlds: Reflecting on 2019

Reflecting back on 2019 I’m amazed at how fast it went. It was a blur at times. As I get older the Wheel of the Year seems to spin faster and faster. I lived with my grandparents my last 18 months of high school on their farm. I remember telling my grandfather that summer was just dragging on. His comment back to me was,  when you get my age, you’ll wish it will go  slower! He was correct there.

Before writing this I went through my journal datebook to review what I should be reflecting on as we go into the new decade. Then I drew card VII – Faery Stallion from my Hidden Realm Tarot deck. One thing that concerned me was that I was only partway through Keeping Her Key’s online class of Hekate’s Modern Witchcraft. It’s a one year and one day course I started in November last year. The first few lessons were pretty intense. Reflecting on that, would I be able to finish this by the end of 2019? More to come later.

In January my sister Shirley and I were still getting used to living with each other. We had made it through December, but she was still processing grief as a widow. Even though it was from 2006, it still is a challenge for her in December. I wrote about Shirley moving in with me here.

February started off by attending Imbolc at Circle Sanctuary. A week before, my doctor had discovered a small lump on my left breast. So right after Imbolc I had a diagnostic mammogram done at the hospital clinic. Since I have had several bouts of cancer over the years I was concerned. It turned out to fine. It was the result of being on Estrogen so long, according to my doctor. Transitioning has its own issues. Good news was that the technician said I had very nice breasts! Then, as part of my class work on February 19th, I did a solitary Full Moon Rebirth Ritual. Everything came together before the end of the month.

In March I attended PaganiCon in Minneapolis for the first time with several friends from Circle Sanctuary. I had never been to an indoor pagan event before but it was wonderful. Being inside when the weather where I live is cold is a blessing. Since I write this blog, I got invited by Jason Mankey for a meet and greet in his and Ari’s suite. It was nice being able to meet fellow bloggers Jenya Beachy, Kelden Mercury and October Leigh. I had already met Tempest at her workshop. Finally meeting bloggers I write with was a special treat. Another treat was getting to meet Kristoffer Hughes and Susan Harper. I’m registered and attending PaganiCon again in 2020.

April got pretty interesting as my hiking really increased from 2018. I joined a few more hiking groups including Girls Who Hike WI. It was on one of those hikes that I met this wonderful woman. We got to know each other on the hike and it got to where we were hiking a lot, as well as shopping together. I thought it could develop into a special relationship since it started on the New Moon. But she ended it on the Dark Moon. We’re still friends but she moved to far northern Wisconsin a few months ago. You can read about it here.

Cancer really sucks. On May 3rd I lost a friend to pancreatic cancer who I had met at Pagan Spirit Gathering in 2017. Her name was Teri. She lived with her best friend Marty in a very scenic part of northern Vermont. More about that later.

In mid June I went to the 39th Pagan Spirit Gathering at Hannon’s Campground in Ohio. We had so much rain it set a record for a month in a week. I was able to connect again with Marty though, and be with her at our Annual Remembrance ceremony for departed members of Circle Sanctuary. At the ceremony Marty gave Selena Fox the urn with Teri’s ashes for Selena to take back to Circle Sanctuary as Marty couldn’t go. Teri had always wanted to be at Circle Sanctuary. On a positive note, the Main Ritual was held on a very beautiful and sunny day. Jason Mankey and Casey Pope facilitated it and asked me to participate. I was very honored to do it, even though it was a small part written for me in the liminal. Afterwards Jason gave me the Chalice that was used. It has been on my altar since.

July highlight was attending the annual Green Spirit event at Circle Sanctuary. Always another highlight of my summer. Basically it’s a mini PSG, just not as many attendees. The weather was great and everyone had a good time.

On August 28th, I assisted Selena Fox with burying part of Teri’s ashes in our Circle Sanctuary Cemetery. It was only the second time in my life I had held a dearly departed friends cremains in my hand. I was honored to be able to do it as Marty wasn’t able to come to Wisconsin. The rest we scattered in the Circle Sanctuary restored prairie. Teri and Marty had always wanted to live closer to Circle. Now part of Teri is there.

In early September my sister Shirley and I drove to far western New York State so she could visit her friends where she used to live. She had missed them very much. We left Shirley’s car there for her use. I rented a car and left early the next morning to visit Marty in northern Vermont. It was bittersweet as Teri wouldn’t be there. I had a wonderful visit with Marty including her driving me to places she and Teri had lived. We did get some hiking in, including a short hike on the Long Trail, one of the oldest in the country. On Friday 13th, Marty and I did a remembrance ritual honoring Teri’s life. The moon was full and gorgeous. When we finished I gave Marty some dirt from the burial hole and flowers as well as native prairie grasses Selena had cut to give to her. It was a  very tearful evening. I left early the next morning. What is remembered lives.

October was Samhain at Circle Sanctuary. Not my favorite time of the year to be reflecting on.  I am on the burial team. We buried cremains of two long-time members in our cemetery. It’s always sad when you knew those who have crossed over. Especially when they’re younger than me. More about my thoughts on Samhain here.

November 20th is always tough on me. It’s the worldwide Transgender Day of Remembrance. I’ve had enough of death, especially this year. Enough said.

This December I finished my online course of Hekate’s Modern Witchcraft. It took a little over a year, but it’s done. But are things we do ever done? Having Hekate in my life means She always has different ideas than I do. That meant that I would be mentoring 9 new students of Cyndi Brannen’s classes. Two in Sacred Seven and seven in The Mystai. For more information and to enroll go to Keeping Her Keys.

I’ve been reflecting back on the almost two years since Jason Mankey let me start blogging at Between Two Worlds on The Agora part of Patheos Pagan. Over that time I’ve had the opportunity to tell my readers about my journey as a Pagan transwoman. I’ve met other bloggers and new friends at so many Pagan events. I truly have been blessed. Last week I was reading Jason’s article about the 2019 Hornie awards. I stopped reading suddenly when I saw this, from the article: “My favorite Part Time Blogger of 2019 was Brianne Raven Wolf, whose posts always bring out some sort of emotion with me. Bri, I love you, and thank you for choosing to share your stories and your wisdom here at Patheos Pagan. I’m glad that we are able to provide you with a large platform for your work.” What a wonderful way to end 2019. You can read Jason’s article here.

What’s in my future in 2020, the start of a new decade? More pagan events for sure. I’m registered and planning on attending the 26th and last Pantheacon in San Jose in February as well as PaganiCon in March. PSG’s 40th anniversary in June. I’m hoping I can continue moving on to the next level in The Mystai if I’m supposed to. That I’ll leave up to Hekate and Cyndi Brannen. I’ve been so Blessed by Hekate. And I’m so very happy to serve Her where and when She wants. Hail Hekate!!!

In this New Year I wish Peace, Love, and healing Blessings to to our Mother Earth, and all of us who live on this incredible planet. Onward and upward on our journeys, wherever it leads us! Until next time..in the future…

About Brianne Raven Wolf
Brianne Raven Wolf has identified as a Pagan from a very young age. She is an active member of Circle Sanctuary in Wisconsin. She volunteers her time there helping at most Full Moon Rituals, as well as some workshops, Circle events, and Sanctuary work days. At Pagan Spirit Gathering (PSG) last year, she became the first Pagan Transwoman to have the Senioring Rite of Passage. She follows a Hekatean Witchcraft Spiritual Path. To relax, she likes to walk, camp, and hike as much as possible in very rural areas. Brianne is also an avid reader, especially young adult novels. You can read more about the author here.
Previous Post 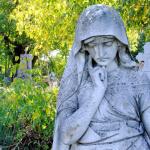 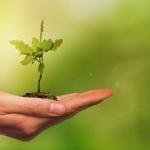 January 3, 2020 The Corner Crone: So You’ve Set Your Intentions – Now What?
Recent Comments
0 | Leave a Comment
"This is a beautiful elegy for the love you shared with each person and creature. ..."
Badgergrl Phoenix Rising: Cerridwen’s Cauldron – Dealing ..."
"This was a cool way to celebrate. With increasingly widespread vaccination there is no reason ..."
kenofken Between Two Worlds: A Covid Beltane ..."
"Thank you for reading!"
Martha Kirby Capo The Corner Crone: An Altered State ..."
"Love this! Thank you!"
Kristin Sweeney The Corner Crone: An Altered State ..."
Browse Our Archives
get the latest from
Agora
Sign up for our newsletter
POPULAR AT PATHEOS Pagan
1