People who believe in fairies often enough seek to share that belief. We tell stories, both our own and ones passed down, and we find value in sharing our belief with others. Telling people to respect fairy places, to be careful not to damage fairy trees, speaking of the consequences of fairy friendship and fairy wrath.

Sometimes, though, that desire to share belief becomes a need to prove that these beings are real in a tangible physical way, and that far too often becomes problematic. I’ve written before about pareidolia in the context of fairy belief and why that can become an issue, but I’d also like to look at some other instances where the quest to try to prove what we believe is real has led to the exact opposite happening.

Over the years there have been several hoaxes relating to fairies, some intentional and some perhaps not. These are usually photos that circulate purporting to show fairies captured in natural settings. Unlike pareidolia, hoax photos are images where the fairy has been intentionally inserted into the image by the photographer and then the photo passed off as genuine. The most famous example of course is the Cottingley Fairy Photos, a series of photographs taken by two young girls that showed them surrounded by or observing groups of winged fairies.  Photography was a fairly new technology at the time and the images fooled many people, including author sir Arthur Conan Doyle who was a strong proponent of the girls and their fairies. The Cottingley fairies caused contention for decades until in 1981 one of the girls, now an old woman, confessed the images were of paper cut-out fairies set up in the frame.

The controversy around the Cottingley hoax, as well as around similar hoaxes where people intentionally took pictures after situating a realistic fairy statue, doll, or other image within a natural setting, is nearly endless with some people. The harm caused by these hoaxes comes in with the way they erode actual belief and also give the impression that all fairy belief is rooted in such false premises.

A gaff is an object created to be misrepresented as something else; the term in this usage comes from circus sideshows which were well known for using fakes to deceive an audience into belief. Unlike hoaxes gaffs provide a physical object that people can visit and see for themselves.  The most famous example (and pertinent to our wider point in this article) from the 19th century sideshow era may be Barnum’s ‘Feejee Mermaid‘ which was the torso of a monkey sewn onto the body of a fish and presented as the corpse of a real mermaid.

Gaffs in the modern fairy community do exist and, I’d argue, cause more problems now than the old circus ones did. In 2007 the image of an alleged dead fairy, wings still attached, was supposedly discovered in Derbyshire and in 2017 the tiny skeletal remains of what was described as a pixie were supposedly found in North Carolina. Both were actually art pieces, the work of a man named Dan Baines who perpetuated the hoaxes. Despite the questionable nature of the remains and rather obvious art-piece quality of both these photos still circulate all over social media and many people still believe they are genuine.

The Dangers of False Evidence

The desire to have solid evidence proving that fairies exist is, in my opinion, a product of our skeptical modern world that seeks to label, categorize, and define everything around us down to the smallest particle and teaches us that a thing isn’t real unless it’s scientifically understood. The reality is while certain things can be disproven (like the flat earth argument), when it comes to spiritual things and intangible beliefs physical proof is simply not the bedrock that we build from.

Is it possible that we may someday empirically prove fairies exist? Sure. Science is always finding new things, and even proving the existence of things that were thought to be myth or extinct. We know a lot less about the world we live in than we like to think we do. But such objective proof shouldn’t be necessary for spiritual belief, and I think we should always use critical thinking and Occam’s Razor in these situations rather than throwing ourselves into believing things that are easily shown to be fakes.

The problem with this quest for proof, especially with a subject like fairies, is that it sets the stage for hoaxes and gaffs and for material to be put forward that is easily disproved, all of which harms the reputation of believers and the wider idea of belief in these things. Hoaxes are found out and uncovered, gaffs are shown to be art pieces, and when that happens the idea of believing in fairies becomes foolish and the territory of the gullible. In seeking proof, in desperately clinging to these fakes as proof, the exact opposite is accomplished and belief is eroded instead of upheld.

Ultimately when it comes to the Good Neighbours belief is rooted in one of two things (if not both). People believe because they have had experiences of their own which cannot be explained otherwise, and people believe because they find truth in the stories of folklore and anecdotal accounts. I have believed in these beings since I was a child and there is nothing that would dissuade me from that belief – but I also understand that my belief isn’t predicated on others agreeing with me or my being able to convince anyone else. The so-called Fairy Faith* isn’t something that proselytizes or preaches the way that formal religions do; it’s a belief system that’s built on experience and voluntary participation.

I 100% believe that fairies are real – and I have zero tolerance for gaffs and hoaxes, or pareidolia which I think only reflect badly on our community.

*Fairy Faith – a term coined by folklorists in the early 20th century to describe the set of beliefs and practices associated with fairies more generally. 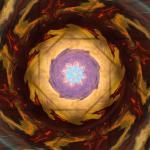 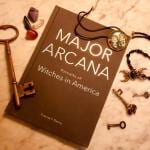