“Know that the seeking and yearning will avail you not, unless you know the Mystery: For if that which you seek, you find not within yourself, you will never find it without.”
― Doreen Valiente, Charge of the Goddess: The Mother of Modern Witchcraft

Goddess worship notwithstanding, the very essence of witchcraft is based in intuition. The power we seek lies within, and the more attuned we become to our own inner knowing, the better our results in crafting will be.

As Astea Taylor explains in paganism/" class=" decorated-link" target="_blank">Intuitive Witchcraft: A New Way Of Looking At Eclectic Witchcraft/Paganism, we know intuition as that little voice inside that looks out for us. Maybe you don’t hear a voice, instead you maybe feel or just know things. My intuition presents in all those ways. But I also have the nagging critic, the one that plants seed of fear and doubt, the one my shadow feeds. They are two sides of the same coin, the inner self, one as bound to the other as conjoined twins.

Not long ago, after posting this article on shadow healing in an online magazine, one commenter offered her lengthy opinion on how very dangerous shadow work is, not to be taken lightly and should always be done only with the guidance of a professional. She then also offered her services as a certified coach for shadow work. Forgive me if I guffaw, but this is typical of blatant fear-mongering for profit.

I’m sure her intentions are well meant. I know she invested time and money in the online training (that I easily found with Google search). But I’m a bit confused as to what governing authority, outside of the LLC that took her money, is sanctioning the certification.

My personal shadow journey began before I was a practicing witch. I navigated through it with self-help books. In the beginning, it was lighter reading, such as The Birth Order Book, by Kevin Leman, which I thought described myself and my siblings nearly perfectly. I read Jung’s theories of the Id, Ego and Super Ego. I delved into the four personality types, and I chose popular books on relationships at the time, include Getting The Love You Want by Harville Hendrix, and The Five Love Languages by Gary Chapman. All of these helped bring me into further alignment with the pieces of myself I had left in the shadows that insisted on acting out.

Our ancestors didn’t have our resources, no list of the most important witchcraft books, like this one, compiled by Jason Mankey They had their eyes, ears, and gut feelings. They trusted their intuition. They trusted the knowledge of their experience, the will to learn, and the daring to take risks. And they had the good sense to keep their own counsel when societies that institutionalized learning threatened them.

The first witches knew themselves as wise women and cunning men, healers, mystics, seers, and oracles. They knew that these skills were available to everybody who sought knowledge and developed expertise. They offered their services sans any formal education.

It wasn’t until more learned men established curriculums, degree requirements, and licensing (most notably in medical services) that instinct, experience, and intuition took a back seat. It was no longer in the best interest of the ruling society to have country folk, pagans as it were, undercutting business. Competition was controlled by accusing the pagans of being heathens, or worse, witches.

In for a penny, in for a pound—when the healing arts were criminalized, so too were other pagan practices. The fear of persecution, punishment, and all too often a death sentence, forced folk practitioners to hide their skills, and robbed others of the natural propensity to trust their own judgement.

Science and technology are very good tools to have and I work with them as a witch, but they are not the only tools at my disposal. Also, consider that what might be revealed as scientific fact in the future, that is yet unexplainable today? Before we understood the science of combustion, fire was magick.

Education, degrees and certifying boards are for the good and safety of all. They offer proof that the people you entrust with your physical, mental and spiritual concerns have studied a course of education and proven their comprehension by passing some form of test. Again, good things to be sure of.

But I have a friend who knows as much about anthropology and the dynamic of human relationships as any regaled PhD, perhaps more than many. She studied from all the same lauded materials. She read the texts written by the experts in the field, but she didn’t attend a university or pay the steep fee that prohibits many brilliant people from pursuing higher education. She doesn’t have a degree. That fact doesn’t make her any less learned.

Further, a framed certificate of degree hanging on the wall doesn’t reveal whether a provider graduated at the bottom of the class, or if he or she took the boards several times before finally passing—and maybe then by the skin of their teeth.

I’m not suggesting we don’t need doctors and other professionals, or that they shouldn’t have formal educations and licensing requirements. Rather, I’m wondering why it’s so easy to trust somebody we essentially don’t know, often with matters of life and death, but so difficult to trust in ourselves—even when the risks are far less.

Why are we so easily led to doubt our own intuition? I believe it’s because we have been conditioned to rely heavily on higher authority. Especially if we are women in a patriarchal society, we have been trained to submit to the authority of men.

Thankfully that seems to be slowly changing, and in my experience, most women who identify as witches have eschewed the model of absolute male authority. Unfortunately, not all have come to recognize how they, themselves, perpetuate this false authority when they insist, for example, that we need a papered professional to embark on a personal journey of discovery.

It’s important to understand that all certifying boards are self-governed by leaders in the respective fields, who preside over an agreed-to set of standards and ethics. For example, the American Medical Association is a licensing board of and for medical professionals who have completed an accredited course of education. The board operates independent of any teaching university. The American Bar Association (ABA) functions in the same way for the legal profession.

On the opposite end of the scale are educators and trainers who offer both programs of study and certification. There is no independent, overseeing entity with rigorous testing or other requirements for certification. This covers any of the sacred arts and healing practitioners (or mystical if you will) who are touting certification. The certifying requirements rest entirely with the provider of the courses or training.

This is not to say they are valueless. For example, the tarot is a fine tool for introspection and can certainly be helpful for shadow journeys. Anybody can get their hands on a deck and teach themselves to read. However, a certification from Biddy Tarot says the reader completed a course provided by one of the most popular tarot sites on the web.

I am a First Degree Priestess of Wicca—though I no longer practice that path. It was a way for me to learn the basics of witchcraft early in my seeking. I was very fortunate to have a High Priestess with both formal and self-directed education, and she had learned the way of Wicca from some very recognizable names in the early movement of witchcraft in the U.S. But my certificate is not from a universally recognized governing board—none such exists. It says only that I satisfactorily completed requirements as set forth by the High Priestess mentoring me.

I’m a certified, apprentice-level herbalist—I prefer Plantswoman. Again, the paper I hold was issued from the course director who herself holds degrees in naturopathy and many other complementary alternative medicines. But there is, to my knowledge, no single, independent governing board testing and licensing herbal practitioners.

I also hold certificates as a YogaFit® instructor, Master Reiki Practitioner, Life Strategies Coach, trained SoulCollage® Facilitator, and Peer Group Coach. Each of my framed certificates are only as good as the teacher who signed them. All of this is to say, don’t let somebody brandishing a certificate automatically cause you to doubt your instincts and intuition.

Who Knows You Better Than Yourself?

Meeting your shadow isn’t about believing we have both a light and a dark side within as much as it’s about acknowledging your desire to know that dark side. This is why shadow work is a deeply personal journey. It’s the process of self-introspection, diving into our origins, examining the experiences that shaped us and that continue to influence our decisions and actions. It’s absolutely about trusting our intuition and it doesn’t require a professional guide. If you feel called to begin your shadow journey, trust your intuition; you don’t need coach. If you hit a rough spot, teak a break, talk to a trusted friend.

Shadow work isn’t a stroll in the park on a bright, sunny day. It’s never easy, and it’s never really finished. Much like the proverbial onion there are many layers, all protecting the core of your shadow. Unlike the onion, some layers stink more than others. If you feel yourself slipping into depression or profound grief, if your journey triggers significant trauma, if any of it feels overwhelming, or others express concern for you, by all means, see a professionally licensed counselor or therapist—advice that applies not only to shadow work, but life every day.

March 5, 2021
The Corner Crone: Ready or Not, Here Comes the Equinox!
Next Post 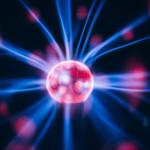 March 12, 2021 Of Light & Shadow: Learning to Appreciate the Chaos
Recent Comments
0 | Leave a Comment
"There's nothing sacred about mutilating one's physical body in the name of gender/sexual stereotypes."
Harold Masters The Corner Crone: Sacred Gender (Review)
"Patheos circulated this again. Did you get to go this year?"
Falkenna Havamal Mama: Krampusnacht Horned Crown
"Wow what a place to leave a cliffhanger.......w.657BW.CO/x6250cf"
Moridain Between Two Worlds: Transgender Day of ..."
"Also nobody tell Noah about 9:25p.2635D.US/Ag6250U"
Lulzy The Corner Crone: Crystal Magic for ..."
Browse Our Archives
Related posts from Agora