[This post was meant to go up yesterday, but life and school got in the way.]

I’m restarting my posts on the Otherfaith, and each Wednesday I’ll be posting basic information about the gods, spirits, daily practices, and other important bits of the faith. Every Friday (maybe this Saturday, if my word processor is still down) I’ll post more freeform musings on various topics concerning the Otherfaith.

Other days are open for other rants, though I’m hoping to produce less rant and more content this year. 2013 was a rough rollercoaster, and I learned a lot. It’s time to implement those lessons.

For our first post in the 2014 basics series, we’re going to review the Four Gods of the Otherfaith. There’s been some big revelations and deepening understandings about these gods, and I want to share part of them before going further. This post is also meant to re-familiarize yourself with the gods of the faith, giving you the most basics concepts of them. We will revisit them later on in the series – after we have explored what it means to be a god in the faith and have learned about other spirits we worship. This post will be added to a page for easy access later on, and I will update as needed.

The Four Gods of the Otherfaith are the Clarene, Dierne, Laetha, and Ophelia. They are called the ‘Four Gods’ because there were four gods originally that revealed themselves. Their names are often (not always) preceded with ‘the’, implying that the name is also a title or that they are the supreme possessor of that name. Each of these gods can be loosely tied to the four elements (earth, air, fire, and water, respectively), but if we conceive or perceive them strictly in those terms we are missing huge parts of their reality.

the Clarene is the founder of the West – the sacred landscape which we journey to and upon which myth occur – and the only god of the Four that is not created but born as a god. Her lover the Ophelia is deified first of the other three, followed by the Laetha. the Dierne is the last god to be crowned with divinity. Each god interacts with each other in specific ways, as would be expected from such distinct personalities, and this influences how we pray to and approach them at times. There are familial connections, conflicts, and emotional ties to consider.

One of the biggest changes since 2013 is, though still called the Four Gods, the Otherfaith technically has six gods we give worship to. These other two gods are the Ophelene and Laethelia.

Now, we’ll delve into the ‘main roles’, correspondences, and important information for each of the gods. The section ‘related spirits’ will be addressed with separate posts about those spirits and their stories.

Main Role: Protector of the West/Other People
the Clarene creates the sacred otherworld we interact with and, in doing so, takes responsibility for the land and its People. She does this by cultivating the land – farms and fields, urban spaces, wild spaces, parks, etc. – and by acting as a gatekeeper. Her connections to weaponry (guns, swords, spears) are tied to her protective role.

Main Role: Queen of Consent and Pleasure
the Dierne is the last of the Four Gods to be deified – opposite of the Clarene, born a god. The two share some symbols and roles – both preside over the holiness of love and consent – and come into conflict often because of this. the Dierne presides over pleasure – sexual, sensual, emotional, and mental. He ensures the comfort of the People and that such comfort does not come on the backs of others.

Main Role: Challenger of the People
the Laetha is once human then fae then god. His entrance into the West causes upset – because the land rejects him. So he dies and lets the land have him, lets the West strip from him what it rejects – until he is born anew as one of the People. His role toward us in the faith is to challenge who we are, who we can be, and how we fit in the world.

Main Role: Queen of the Waters/Life
the Ophelia is the divine lover to the Clarene, deified by drowning in her own river. She is heavily tied to water and all that means – flow, subtle power, health, time. She sustains the People and washes our shame from us. She is also tied to memory, because of her connections to time.

Main Role: Mediator and Stabilizer
the Laethelia is both the combined/shared power of the Laetha and another god unto herself. She keeps the West – and us- balanced just on the edge of comfort and discomfort, acceptance and rejection. She also stabilizes the powers of the Laetha and Ophelia, both volatile gods that fight with each other often.

the Ophelene is, as the Laethelia, the combined powers of the Ophelia and Clarene and also a separate god. She is the force of holy retribution in the Otherfaith. She protects the weak and stands in the way of oppression. She is most connected to defending women (all women). 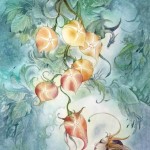 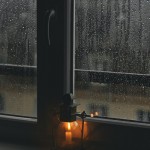 January 24, 2014 Musings: Purpose (?)
Recent Comments
0 | Leave a Comment
Browse Our Archives
get the latest from
Aine Llewellyn - Dalliances with Deities
Sign up for our newsletter
POPULAR AT PATHEOS Pagan
1

Autumn Is Coming, And Too Many...
Tea Addicted Witch
Related posts from Aine Llewellyn - Dalliances with Deities