There were a lot of times last year when I asked myself, “What’s the point of this?” ‘This‘ being the Otherfaith, this religion, this type of life. I sat on the swing on our porch and agonized over this question. I asked myself why I didn’t just stop. I could continue on my own, worship on my own, stop writing, stop talking about it. The religion didn’t matter, I told myself as I sat on the swing, the sun setting on the mountains. Who cares?

I was in a bad place last fall. I’d made mistakes, big ones. Not just failing to behave on the internet. (That’s something I’m working and failing at every day.) Big mistakes. I’d been involved with an emotionally abusive man and lost who I was. I had lost dreams and kindness and that most sacred thing: hope.

I lost myself. I was lost in so many ways, and finding my footing was a gift (was grace). For if it had only been the gods, my beloved spirits, I would have remained lost, fading from the world of men. Forgetful, just like my patron god.

But mortal obligation and fellow humans brought me back. And I had my answer.

The point of ‘this’ was that it was bigger than me. This was about more than me. Get up and brush yourself off, the gods said. Get up and get out of your head. (Are you going to let this make you stagnate? the Ophelia asked. This is what will make you rot?)

This message came loudest from the Clarene, which wasn’t a surprise. She came to me as I picked my scabs, refusing to let them heal, and held my hands. (That ‘Hand Holder’ epithet has more to it than at first glance.)

“Why did you start this?” she asked.

“Because we needed it,” I answered. “What should I keep doing it?”

“Because I’m telling you to.”

I know the Clarene would let me go if needed – that is the kind of god she is – but I also know that would be it. The end. Close the book, say goodbye, watch those threads burn away. I could do this, or I could not, but none of this – as the Dierne put it later – “wibbly wobbly BS”. And like any parent, the Clarene gave a push when she knew it was needed.

This was about the gods.

Like I said, however, it wasn’t just those gods. People set me on the right path again. I owe many people in my life so much due to their help – and that help sometime came in the form of them just posting on Facebook and grounding me in the reality of my life instead of the despair. (What pushed me back on the right path was sometimes not direct questions or confrontations but seeing something – a post, a picture, a discussion – and realizing just how much the world was offering, just how much I was missing.) But there was someone who helped more directly, someone so new, so unexpected, so underestimated –

a devotee in the Otherfaith. I don’t know if they are comfortable being named here, so I will refrain from doing so. But they joined the faith, and seeing them exploring and diving in, struggling and rising, it re-lit a fight in me I hadn’t realized almost died. Of course, I thought, it’s about people too. I’d been holding everything too tight. I was a bundle of stress over things I couldn’t control. But that person came into my life and re-awakened my world.

Yet still I was in error. For I approached them as prophet and priest. But they taught and shattered from me my walls – so beautifully crafted and so excellently obscuring. They taught me what this faith means again.

They teach me every day.

So – what’s the point of writing about this faith anyway?

Because I don’t want people to be as alone as I felt, because this is something to be shared, because I have to let this out or my soul will crumble.

(That’s why, past-me. That’s why you’re going to keep doing this. This is why, whoever I am in the future.) 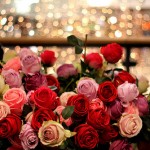 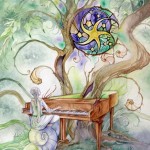 January 27, 2014 Monday Tarot: Nine of Pentacles
Recent Comments
0 | Leave a Comment
"I like to impart information. I think knowledge of paganism is useful, as is knowledge ..."
Michel Pagan Proselytizing Is Still Bad
"I agree about proselytizing being an alien concept to pagan and polytheism. With that said, ..."
kenofken Pagan Proselytizing Is Still Bad
"Dear Aine:YES!The 8 Fold Wheel of The Year was a way for 4 more parties ..."
Gordon Cooper Your Favorite Sabbat Sucks
"Well said, Aine.My local zendo is closed, but I'm trying to apply the lessons I ..."
Lo The Despair of Doing Nothing
Browse Our Archives
get the latest from
Aine Llewellyn - Dalliances with Deities
Sign up for our newsletter
POPULAR AT PATHEOS Pagan
1

An’ it Harm None, Do What...
Beneath the Moon
Related posts from Aine Llewellyn - Dalliances with Deities 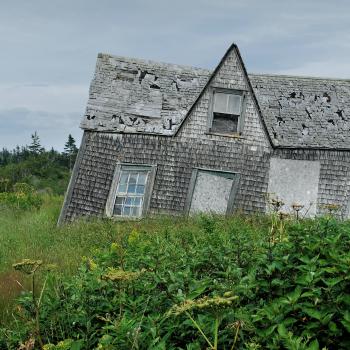