Understanding Paradigm Shifts is the Key to Evangelization

Understanding Paradigm Shifts is the Key to Evangelization May 2, 2019 K. Albert Little 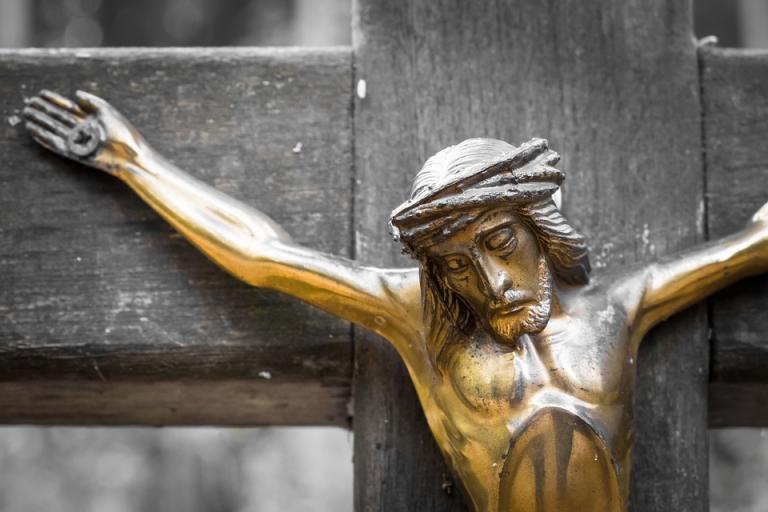 I recently had a discussion with Dr. Douglas Beaumont, theologian, philosopher, and editor of Evangelical Exodus, a book which chronicles the faith journeys of more than a dozen evangelical seminary students becoming Catholic.

The book is fantastic and the interview, chronicled on my podcast, did not disappoint and only underscored for me the importance of understanding not just why non-Catholic Christians become Catholic but the how as well.

And it comes down to a paradigm shift.

For nearly fifteen years, since my radical conversion to Christianity in high school, I was a happy non-denominational Christian. I was always deeply involved in a variety of church circles through the different ages and stages of my faith walk. In my teens, I was on fire for evangelization, spending my Friday nights at youth group and my lunch hours at school giving prepared talks to my friends in our small Christian group.

In university, I became involved in facilitating small group Bible students at a student church on campus, running sound and lights for our worship services, and even interning for a semester creating multimedia content and working closely with the lead pastor at the time.

When my wife and I got married we became involved in ministry together. First, sitting on the team that coordinated missions partners for our non-denominational church and then organizing small groups, married couples nights, and coffee house fellowship events.

I was, throughout my Christian walk, deeply committed to prayer, to evangelization, to reading the Bible and to reading about the Bible and I drank deeply, enthusiastically, from the wellspring of Protestant Christian scholarship.

But then I became Catholic.

From the outside those that didn’t know what was going on in my life, in my largely interior experience, it may have seemed like I’d switched teams overnight. Catholic were the lazy sort of Christians. The Christians that worshipped statues and smoked and drank and swore to excess. The Christians who hauled their butts out of bed to attend church only on the most absolutely necessary occasions—like Easter, Christmas, or a cousin’s wedding.

Catholics didn’t have the oh-so-important relationship with Jesus which was paramount in the kind of Christianity that I was suddenly on the outside of.

But, in reality, my conversion to Catholicism didn’t happen overnight—even if it wasn’t transparent to those around me.

Dr. Beaumont, in our podcast discussion, brings up the idea of a paradigm shift. That is, our worldview on anything of any particular importance to us, doesn’t simply change overnight (even if it might look that way from the outside).

Instead, Dr. Beaumont pictures a boat tied up to a dock. The boat is our worldview; for me, a sort of non-denominational Christianity. As we live out our faith lives we encounter, along the way, some waves. For me, the first wave that rocked my boat was when a Protestant pastor asked me which was more important, Scripture or Tradition?

That began to rock the boat.

And if that were it, if it didn’t pique my interest and set me down a path to try and answer that question, maybe my boat would’ve simply rocked, settled down, and carried on being moored nicely to the dock.

But I continue to unspool the thread that pastor had tugged on, and I continue to search for an answer to the age-old Scripture or Tradition conundrum. And as I search, as I read and explored, I began to see some sense in the system of belief found only in Catholicism—the most ancient of Christian traditions.

And as I began to read and explore and ask and answer questions the tether keeping my boat tied up to that dock, says Dr. Beaumont in his illustration, began to slip more and more.

Then, at some point, my boat was adrift.

This, says Beaumont, is when the overwhelming amount of evidence against my current paradigm—my non-denominational brand of Christianity—is simply too great and it becomes impossible to maintain.

I remember this moment well.

It was winter, in Canada, and I was making soup on the stove to bring for a meal at work the next day. It was hot and I had to blend it so I needed to cool it down quickly. Being Canadian, of course, I took it out into the snow. And as I stood out on the back porch, a pot of butternut squash soup cooling in the snowbank, I thought about my faith journey. I thought about where I’d come from and everything that I read and how impossible it would be to utterly discard everything I’d learned about church history, authority, apostolic succession, and the Eucharist, and simply remain a non-denominational Christian.

I remember thinking, where else can I go?

And I’d heard those words somewhere else before.

It was at that point that I was adrift.

My paradigm was such that I could no longer know what I knew and remain in the same worldview, so I had to let it go.

And, of course, the drifting floated me slowly but surely down the River Tiber, into Rome. But it wasn’t overnight. None of it was, after all.

Crucial, I think, in understanding how we can evangelize our friends, family, coworkers, and our community is understanding the idea of a paradigm shift.

From the outside, my journey from non-Catholic Christianity into the Catholic Church may have looked abrupt or confusing but it was the slow building up of evidence, of small discussions with people I cared about, of lectures on YouTube and audiobooks, of reading Church history and about the Catholic Church from actual Catholic authors. It was this slow building up of evidence which my own paradigm couldn’t support which eventually caused me to have to confront and then change it. And I became Catholic.

In our discussions with friends, family, coworkers, and our community it’s absolutely vital that we understanding that this is how most people will become Catholic. Or, even, come to, or back to, a belief in God. Through a small mounting of pebbles in the shoe; through a slow build up of evidence and encounters.

It isn’t, and never was, about winning that particular argument or pushing your point strongly. It is, more likely than not, about simply living out our genuine faith and being happy to share it, and share about it, when necessary. Our lives and those small opportunities to help out, to discuss, and to share, are what create those pebbles, are what slowly begin to shift worldviews.

After all, if the Catholic Church is, indeed, the most full expression of Christianity. If God wants everyone to be Catholic and gather us up into his eternal arms then all we really need to do is be open to the opportunities He gives us to share the reasons for our unbounded joy, right?

And know that those small encounters, not a grand scheme or a perfect apologetic, which will slowly move hearts and minds.

And be sure to listen to our interview on The Cordial Catholic Podcast. 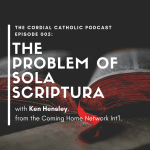 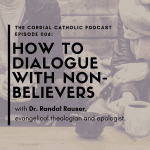 May 8, 2019 006: How to Dialogue With Non-Believers (w/ Dr. Randal Rauser)
Recent Comments
0 | Leave a Comment
"I’d like to know what he thinks of the preaching......."
RPlavo . A Charismatic Pastor Hears God’s Call ..."
"Hey Isaac (& any others) - feel free to reach out :)tinyurl.com/V2summary"
K. What I Wish I'd Known About ..."
"You realize God (a god) created mouths. So language is sacred.Hence saying you "heard God" ..."
James Harbour A Charismatic Pastor Hears God’s Call ..."
"And just as many, or more, Roman Catholics are leaving the Catholic Church for Evangelical ..."
Artistree Church Splits Are Driving Evangelicals to ..."
Browse Our Archives
get the latest from
The Cordial Catholic
Sign up for our newsletter
POPULAR AT PATHEOS Catholic
1 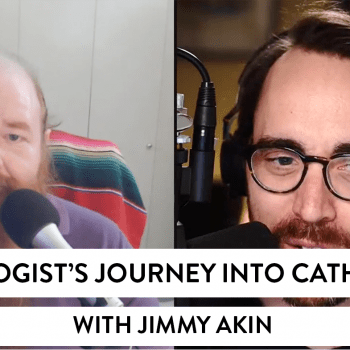 Catholic
An Apologist's Journey to Catholicism
The Cordial Catholic 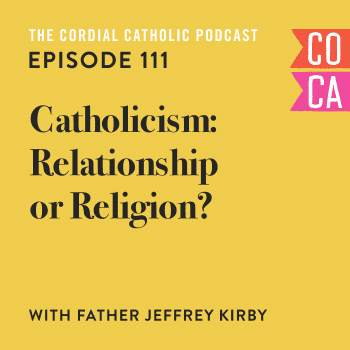 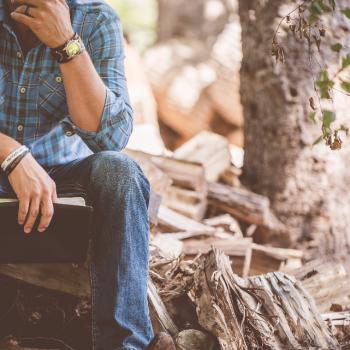