I recently finished reading Octavia Butler’s “Parable of the Sower”.  It’s set in the near future when the United States has all but collapsed due to economic pressures.  Theft, rape, and murder are the rule.  The heroine creates a new religion, which she calls “Earthseed” and which is adopted by a small community of refugees.

The central tenet of Earthseed is: “God is Change.  Shape God.”

What’s interesting about this notion of God is not only that God changes us, but also that we can change God — that life is a reciprocal interaction between God and the universe, a notion which I believe was borrowed from process theology.

The fundamental insight of process theology, as I understand it, is that reality is change, motion, flux.  Objects, things, moments in time: these are abstractions and unreal.  This is true of all reality, including God and ourselves.  God is a verb.  I am a verb.  I am the dancer and God is the Dance.

This God of process theology is not a God to be loved or worshiped.  It is a God that is, in Butler’s words, perceived, attended to, learned from, shaped, and ultimately (at death) yielded to:

We do not worship God.
We perceive and attend God.
We learn from God.
With forethought and work,
We shape God.
In the end, we yield to God.

I like that Butler includes “Trickster” in her list of God’s titles, along with “Teacher”.  It acknowledges both the malevolent and benevolent, destructive and constructive, sides of God:

As wind,
As water,
As fire,
As life,
God
Is both creative and destructive,
Demanding and yielding,
Scultpor and clay.
God is Infinite Potential:
God is Change.

As Catherine Madsen points out, in discussing the “strange combination of tender bounty and indifference” of this world:

“However certain one may be that one is loved by some presence in the universe–and it is possible, at moments, to be very certain of that–that same presence will kill us all in tun, will visit our lovers with sudden and devastating illness, will freeze our crops, will age our friends, and will never for one moment stand between us and any person who wishes us harm.”

Starhawk describes the Neopagan Goddess as:

“the ever-diversifying creating/destroying/renewing force whose only constant is, as we say, that She Changes Everything She Touches, and Everything she Touches Changes. ‘Nice’ doesn’t seem to be a relevant concept.  In some aspects, the Goddess is nurturing and comforting, in others She’s the Sow Who Devours Her Own Young. […]

“The Goddess is not some abstract thought whose qualities we can decide.  She is real–meaning that when we call Her in Her various aspects, ‘shit happens,’ as the T-shirt says; the rivers of life-force burst the dams and it’s paddle-or-die. But of course that power is not separate from us; it is the deep stream that runs through the secret heart of each and every cell of our bodies. […]

“Ultimately we don’t decide who or what the Goddess is; we only chose to what depth we will experience our lives.”

“One of the names of the Goddess was All Possibility, and Madrone wished, for one moment for a more comforting deity, one who would at least claim that only the good possibilities would come to pass.”

“ ‘All means all,’ she heard a voice in her mind whisper.  ‘I proliferate, I don’t discriminate.  But you have the knife.  I spin a billion billion threads, now, cut some and weave with the rest.’ ”

Last night I was reading the Butler’s sequel, Parable of the Talents, and I came across this text, which is the most thought provoking so far:

In the proverb above, Butler uses three quartets, all of which take the following form:

The X’s are Darkness, Death, and God.  The Y’s are Light, Life, and the Universe.  It’s interesting that Butler equates God with Darkness and Death.  Butler’s God is Chaos.  In the Hebrew and Babylonian creation myths, the world begins in darkness and watery chaos, and it is only the discriminating power of light that brings order and life.  Theologians Paul Tillich, Meister Eckhart, and Jacob Boehme, all defined God, in part, as an Abyss.  I imagine that, when we die, the light of consciousness goes out and we return to chaos, to a less organized state.  In other words, we “return to God”.

This brings me back to Tillich, who states:

Tillich’s Logos is the self-manifestation of God in creation, while the Abyss is the inexhaustible and ineffable source in which all form disappears. When Butler says God and Universe shape and define each other, I imagine that she is talking about God as an inexhaustible Abyss/Source and the Universe as Logos/Form.  God is the potentiality which brings change, and the Universe is the actuality which manifests that change.  I am just beginning to unpack this idea, but I think it has potential.

The following quote from Butler explains how this concept of God plays out in human life:

To a certain extent, I am victim of forces beyond my control — “God”, if you will.  But I do have free will: I can remain a victim, or I can “wield the knife” that is my power of discernment, and become a shaper of God, or of the potentialities that God represents.  However, my power to shape my life (to shape “God”) is limited by the finite possibilities that are presented to me.  Thus, my life is a product of the reciprocal interplay of “God” shaping me and my shaping “God”.

But why say “God”?  Why not say “the World” or “Nature” — because “God” in this sense does mean the world and nature.  Here is why I think it is useful to call these things “God”.  If I call the world/nature “God”, then I won’t be tempted to (consciously or unconsciously) imagine another (supernatural) agency and call that “God”.  “God” is a powerful idea, and if I don’t give a place for that in my life, if I do not find “God” in this world, then I think there is a human tendency to project it outward into the supernatural. 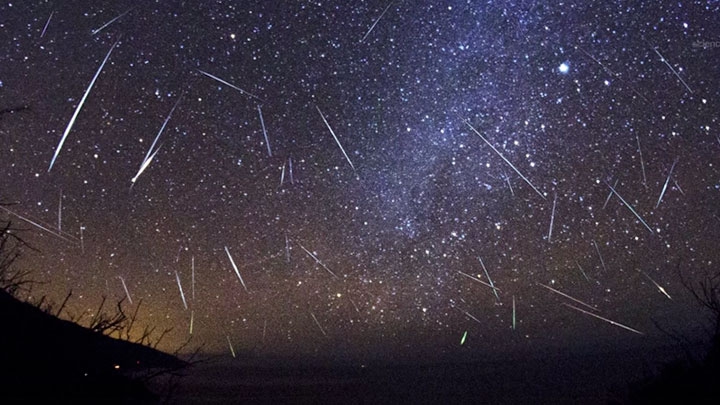 Pagan
Why We Need A God/dess Who Does Not...
The Allergic Pagan
TRENDING AT PATHEOS Pagan