In Defense of an Eclectic Pantheon 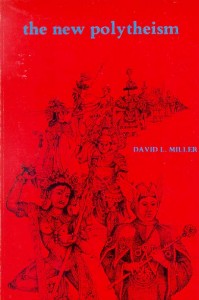 “Don’t mix pantheons.”  I hear this frequently in Pagan circles.  I have heard it for as long as I have been Pagan.  And I’ve never heard it challenged.  The idea is that we aren’t supposed to invoke Kali and Loki in the same ritual, for example, or Zeus and Odin, or … pick two any deities from any two pantheons.

This prohibition against pantheon mixing was at the core of Jason Mankey’s recent post, “Rolling the Religion Dice”.  This injunction is often made by hard polytheists, but is made by some soft-polytheists too.  Often they are quite open about their disdain for those who mix pantheons.  It is seen as a form of immaturity or ignorance.  Others see it as a sign of disrespect.  I hear this no-mixing-pantheons talk so often, it seems it must happen a lot, so I wonder why all the pantheon-mixers aren’t speaking up in their defense.

Now before I go any further, I have to disclose that I am not a hard polytheist.  I do not believe the gods are persons or conscious beings.  I’m also quite eclectic.  On my altar, I have images of Artemis and Medussa (Greek), Cernunnos (Celtic), Qetesh (Egyptian), the Venus of Lespugue (Paleolithic Pyrenees), Mary (Christian), the “Mother Buddha” (Buddhist — kind of), and others.  (Elsewhere in my house, I have images of Avalokiteshvara, Demeter, Jesus, Aten, and others.)  And so my perspective on this issue naturally reflects my own understanding of the gods and my own spiritual practice.

I have heard some people who claim that dire consequences follow from such mixed invocations.  But, honestly, if this kind of mixing is anywhere near as common as its detractors claim, then we should be seeing some spectacularly bad outcomes on a pretty regular basis.  But generally speaking, lightning does not strike when Aphrodite and Baron Samedi get invoked in the same ritual.  You may wish it did, but it doesn’t.

All this anti-mixing talk seems a little like white supremacist anti-miscegenation talk.  If I can circle with a Hindu, a Druid, and a Vodoun practitioner, why can’t we call Krishna, Cernunnos, and Yemanja into the same room.  What do you mean they can’t get along?  Why not?  If the Hindu, the Druid, and the Vodoun practitioner can get along, I think we can help the gods to get along too.

And so what if they fight?  Plenty of gods within the same pantheon fight too.  The myth of ancient pagans are replete with stories about battles between the gods.  Do you think if you called Athena, Hera, and Aphrodite in the same room they would get along just because they’re all Greek?  I think the Trojans would disagree.

3.  Are they really so different?

Whether you believe the gods are “real” or in our heads, I think the gods that come when we call are those that recognize our voices — the voices of contemporary Westerners.  It’s the Western Krishna that comes and the contemporary Cernunnos that answers to our Pagan invocations.  The Yemanja that shows up may be black, but if she is called by whites, then she is probably the black as “other”.  (See “White Women and the Dark Mother” by Cynthia Eller, Religion, Vol. 30, No. 4 (2000)).  I don’t think this makes the invocation of these gods, or their epiphanies, any less powerful or authentic.  It just means that all these gods are, in some sense, the function of the cultural context into which they are invoked.  If that is true, then there is no reason they can’t “get along” (or at least fight in a constructive way).

Jason Mankey writes that, while he adores both Shiva and Pan, he won’t invoke Shiva with a Western-centered ritual.  In contrast, he says, Pan has been involved with circles for at least 100 years.  But surely the gods evolve.  In fact, Jason implies as much, suggesting that Pan as in some way gotten used to magic(k) circles.  I know he wasn’t worshipped in a magic(k) circle in ancient Greece.  I suspect that the Pan that Jason invokes has evolved quite bit since when he was worshipped in ancient Arcadia.  And if Pan can evolve, why can’t Shiva?  Why can’t Shiva get used to circles too?  Surely there was a first time when Pan was invoked in a circle, too.  And I’m pretty sure that, if you can think of a name of a god or godddess, some Pagan has already invoked him or her in a circle.

I agree with Jason that it is good to be thoughtful about invoking gods.  But I question some of his logic.  Jason acknowledges that Isis was worshipped all over the Roman Empire, and so “she’s probably pretty familiar with Pan.”  But while Jason says he wouldn’t ask her to bless his Greek-style ritual, he thinks she’d be fine sharing a Wiccan circle with Pan.  I don’t understand this.  The ancient Greeks in the Roman Empire were undoubtedly closer to the Romanized Isis than Gerald Gardner or the Golden Dawn society, from which Wicca is largely derived.  I could be wrong, but I suspect the reconstructionists would say that Isis would fit better in a Greek ritual than in a Wiccan one.  I’m not saying Jason shouldn’t invoke Isis in a Wiccan ritual.  I just think his logic is a little convenient.

Speaking of Isis, she is a great example of the evolution of the gods I was talking about above.  The Isis of the Romans had evolved a lot from the time when her name was etched on pyramid walls by ancient Egyptians.  And the Isis invoked by the Golden Dawn had evolved a lot from the Apuleius’ time.  And there is still quite a bit of distance between the Golden Dawn Isis and the Isis of present day Pagan rituals.  Hard polytheists are fond of asking Neo-Pagans, “Which Goddess?”  But if you are of the opinion that Isis wouldn’t be comfortable in any given ritual, I have to ask, “Which Isis?”

I agree that it’s a good to be sensitive to the feelings of others you circle with.  And it’s a good idea to prepare people for what to expect in a ritual, especially if you’re mixing Pagan and Christian imagery.  Some Pagans may have strong negative reactions to Christian imagery and the names of the Christian god(s) — and vice versa.  But I found a certain bit of irony in Jason’s advice that people be warned in advance about invoking Jesus, since he did invoke the names of the Abrahamic god in the 1899 Ritual I attended at Pantheacon.

I have a theory about the prohibition against mixing pantheons.  I think it has less to do with the gods and what they do or do not like and more to do with us.  When we mix pantheons it creates cognitive dissonance, at least for some of us.  If we associate Pan with a Greek cultural milieu and Isis with an Egyptian milieu then calling them in the same ritual can be psychologically jarring.  It can pull us out of the state of suspended disbelief and the ritual looses its glam.

But it need not be so.  Pan and Isis have been invoked together for at least a century by Western occultists, which is probably why Jason experiences no dissonance calling them together in a Wiccan ritual.  This is in spite of the fact that the Arcadia Pan and the Egyptian Isis are separated by significant geographic, temporal, and cultural distances.  And if Pan and Isis can be called together, then there is no reason why others might also be called together, even Baron Samedi and Krishna.

I agree that ritual participants should be warned in advance if a ritual planner intends to mix pantheons — precisely to minimize the cognitive dissonance — but this has more to do with the people involved than the gods.  With a group of eclectic Neo-Pagans, this may not be problematic.  But for others, it may be a real impediment to an creating a sense of authenticity in the ritual.  But this as an aesthetic or psychological issue, not a metaphysical one.  I think all this talk about the gods being uncomfortable with each other is us projecting our own cognitive dissonance onto them.  If the gods are more than our projections, then they must be beyond such human limitations as xenophobia.  Let’s own up to the real reason for our discomfort.

Personally, I found the story Jason told about the Heathen circle beautiful.  First of all, it was a Heathen … circle.  The fact that people chose to “hail” Orishas, Greek Gods, Norse Deities and more, well, that just reflects the diversity of the people gathered.  Not every ritual should be turned into an eclectic free-for-all.  But I imagine that a ritual like the one Jason described, one that reflects the diversity of contemporary Paganism, can be a beautiful and healing experience for our community.