John Beckett says that Pagans need to learn from Christian fundamentalists how to be “in the world, but not of the world.”

Yeah, you read that right … he says we need to learn from Christian fundamentalists.

Beckett’s most recent post, “What Can Pagans Learn From Fundamentalists?”, is yet another response to the perceived “politicization” of Paganism.

Beckett argues that we shouldn’t mix our politics and our Paganism because … well, it’s futile.  By way of example, he says the politicization of Christianity by Evangelicals and Christian fundamentalists has failed.  Beckett points to the success of marriage equality and describes the spread of “religious freedom” laws as “an act of desperation.”  He dismissively states that the Right has “won a few battles here and there, and reproductive rights are in serious jeopardy,” but he concludes that the Christian Right has “lost, in rather decisive fashion.”

Really?! We won? Why didn’t anyone tell me?  What about reproductive rights?  Oh, don’t worry about that little detail.  What about the “Religious Freedom” Restoration Acts in over half the states?  Trifles!**

Beckett then proceeds to say — contradictorily, I think — that “mainstream culture” is too strong to fight against, and while we shouldn’t abandon the political process, “we can’t change the world.”**

Yeah, you read that right … he says we cannot change the world.  (Note: Beckett has since amended this statement.)

(If there were such a thing as Pagan heresy, I think that would be about as close as it gets.)

I have to wonder how Beckett thinks marriage equality was achieved, if not by people who believed they could change the world.

Beckett’s recommendation is that we change ourselves “[a]nd if enough of us change ourselves, then we will change the world.”  We should turn inward, he says, away from the world.  Specifically, he says, we should make offerings to gods, meditate, and take nature walks.

I wonder, Mr. Beckett, where do you imagine you will be taking these nature walks while the world burns … or floods?  Do the your god you offer to have no concern for the suffering of mere mortals?  If not, I would suggest they do not deserve your offerings.

Beckett’s suggestion that we should worship the gods* instead of being political would be laughable, if it weren’t such a dangerous idea — and if Beckett’s delivery weren’t so deceptively benign.

The truth is that the political struggle against the Religious Right is hardly won.  As Beckett himself acknowledges, the Right is more aggressive than ever in restricting women’s control of their bodies and in discriminating against LGBTs.  The same people continue to disenfranchise people of color through draconian voting restrictions, and the same people still resist the phrase “Black Lives Matter.  Meanwhile, the largest fossil fuel project in history is continuing to devastate the Canadian wild and the lives of First Nations people — a project which is driven by the Right’s investment in global capitalism and the Christian belief in the human right of dominion of the Earth.

And these are just a few of the fronts where the battle for justice is still being waged.  Saying that there has been a “decisive” victory is not just wrong — it threatens to lull us into a false sense of security.

But that seems to be Beckett’s point.  Beckett’s optimism about the imminent demise of the Evangelical politics seems to contradict his own pessimism about our ability to change the world.  Which is it?  Have we already won the fight or is the fight impossible to win?  Apparently, for Beckett, it doesn’t matter, because the message is the same — we can stop fighting, we can stop worrying about the world, and we can focus on ourselves.

In any case, what Beckett is describing is a kind of Pagan Pietism.  Christian Pietism was a movement which emphasized personal holiness and devotion to God.  Contemporary Evangelical Christianity has its roots in the Pietist movement.  Today, Christian fundamentalists talk about “the world” in the same way that Beckett does, except their unholy triumvirate is paganism, atheism, and consumerism.  Beckett had merely substituted monotheism for polytheism.

Beckett’s recommendations — making offerings, meditating, and taking nature walks — are all good things to do.  But if that is all we do, then Beckett will most definitely be right — we will not change the world.  Beckett’s analysis is a self-fulfilling prophecy.  The world is too big — it’s
“really, really strong,” he says — so we should stop trying, turn inward, and cultivate our own holiness.

I think changing ourselves is a good place to start — we should “be the change” — but it is terrible place to stop.

Beckett is right that we can’t change the world by ourselves — that’s why we need to work together.  It’s been overused, but this quote is still true: “a small group of thoughtful, committed citizens can change the world; indeed, it’s the only thing that ever has.”  Let’s build out inner resources, like Beckett says, but let’s build for the benefit of the world.  We need justice warriors, not navel gazers (and I say this as someone prone to navel gazing myself).

If It Doesn’t Help Me Save This World …

Almost exactly a year ago, I wrote a post entitled “If It Doesn’t Help Me Save This World, I Don’t Want Your Polytheist Revolution.” It was in response to abother post by Beckett about “putting the gods first.”  Beckett wrote,

“Our this-world concerns are enormous.  They’re here, in front of us, right now.  They demand our attention, they demand our time, they demand our effort.  And they never end.  If we are not mindful, if we are not – dare I say it – devout and pious, it is all too easy to let our this-world concerns become our gods and take Their place in our lives. … When we don’t keep the Gods at the forefront of our practice, we put something else there.  That something else may be helpful or it may be a distraction, but whatever it is weakens our relationships with the Gods …”

I found this disturbing.  To me, it sounded too much like the Christianity Pietism I was raised with (he even used the word “pious”) with its rejection of this world and its condemnation of the “gods of this world.”  I was very critical of Beckett’s post, but someone convinced me that Beckett was just talking about self-care, the idea that, if we don’t look after our own spiritual needs, we won’t have the resources to give back to the world.  That’s an idea I agree with.  It was a generous reading of Beckett’s post … and it was wrong.

Now I am convinced that my original response was right.  What Beckett has been describing with increasing clarity over the past several years is a kind of Pagan Pietism, if not a Pagan fundamentalism, which advocates withdrawing from the world, giving up the fight for justice, and cultivating personal piety instead.  Beckett delivers this message with the soothing assurance of a village priest — and with many a caveat that he can fall back on when challenged.  But his destination is clear, and the place Beckett describes — a place of retreat and resignation — is not a place we Pagans should be following him.

* Of course, Beckett is not representative of all polytheists.

** Beckett has revised some parts of his original post, but the substance remains the same. 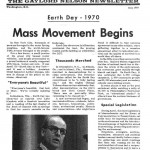 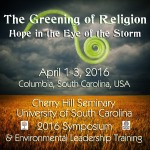 April 23, 2016 The Greening of Paganism, Part 1
Recent Comments
0 | Leave a Comment
Browse Our Archives
Related posts from The Allergic Pagan