Neo-Paganism is a nature religion which, like other nature religions, perceives nature as both sacred and interconnected. From this perspective, humans in the developed world have become tragically disconnected from nature, which has been desacralized in both thought and deed. Healing this rift is possible only through a profound shift in our collective consciousness. This constellation of ideas can be called “Deep Ecology”.

In 1972, Arne Naess coined the term “deep ecology” to contrast with “shallow” environmentalism. At the core of deep ecology is the idea that nature is sacred, meaning it has intrinsic value apart from its usefulness to human beings. The destruction of the environment is thus perceived as a desecration (literally a de-sacred-ing). In contrast, “shallow” environmentalism is concerned only with the effects of environmental devastation on human beings. Shallow environmentalism seeks to remedy the symptoms of ecological collapse without the transformation, or even the consciousness, of the “deep-seeded” cultural assumptions that gave rise to the collapse.

Deep ecologists trace environmental desecration to a spiritual crisis, one which is rooted in the Western religious worldview that divides humans existentially from other living beings and divides the natural world from the sacred realm. Deep ecologists dispute the efficacy of the stewardship model of environmentalism advocated by Christian environmentalist, because it fails to address the root of the problem: anthropocentrism. Deep ecologists contrast an anthropocentric (or human-centered) attitude toward the environment with an eco-centeric or bio-centric one. An anthropocentric perspective values nature only in terms of its usefulness to human beings. An eco-centric or bio-centric perspective perceives that human beings are interconnected part a vast biotic community in which human being have special responsibilities, but do not have any greater right to exist than any other form of life.

Deep ecologists argue that efforts to preserve the ecosystem will not succeed until we collectively experience a transformation of consciousness from an ecologically shallow ego-centric perspective to an ecologically deep eco-centric perspective. This transformation of consciousness is referred to as the realization of one’s “ecological self” (or “eco-self”), in contrast to “ego-self”. Arne Naess’ conception of the ecological self was inspired in part by Gandhi’s understanding of self-realization as a widening one’s concept of self to include all living beings. John Seed has described his realization of his own ecological self this way: Rather than saying, “I am defending the rainforest,” Seed says, “I am the forest, recently emerged into consciousness, defending myself.”

Paul Sheperd describes this change in this way:

“If nature is not a prison and earth a shoddy way-station, we must find the faith and force to affirm its metabolism as our own—or rather, our own as part of it. To do so means nothing less than a shift in our whole frame of reference and our attitude toward life itself, a wider perception of the landscape as a creative, harmonious being where relationships of things are as real as the things. Without losing our sense of a great human destiny and without intellectual surrender, we must affirm that the world is a being, a part of our own body.”

According to David Abram, another way to think about deep ecology, or what he calls “depth ecology”, is to contrast the “flat” perspective of conventional science which idealizes detached objectivity and which seeks to view nature from “outside”. A “deep” perspective, in contrast, recognizes that we cannot escape our carnal immersion in the more-than-human world which encompasses us, enfolds us, and permeates us. Abram writes:

“By acknowledging that we are a part of something so much vaster and more inscrutable than ourselves — by affirming that our own life is entirely continuous with the life of the rivers and forests, that our intelligence is entangled with the wild intelligence of wolves and wetlands, that our breathing bodies are simply a part of the exuberant flesh of the Earth — deep ecology opens a new (and perhaps also very old) sense of the sacred.”

Deep ecology has intellectual roots in the writings of early conservationists and environmentalists, like John Muir, Aldo Leopold, and Rachel Carson, all of whom believed that human beings are part of an interconnected biotic community to which we owe an ethical obligation. Deep ecology has inspired such movements as neo-animism, bioregionalism, and ecopsychology [which will be the subject of future posts]. The term “deep ecology” is closely related to “dark green religion”, a term coined by Bron Taylor. Dark green religion or dark green spirituality encompasses a wide array of beliefs and practices, including those of atheists, religious naturalists, pantheists, Gaians, neo-animists, neo-shamans and, of course, Neo-Pagans.

Re-Earthing and the Council of All Beings

Like Thoreau, John Muir, and Aldo Leopold before them, deep ecologists trace their perspective to personal experiences of connection and wholeness with wild nature. Many deep ecologists believe there is no substitute for direct experience of the wild for people to develop an ecological consciousness. Time spent in wild nature gives rise to an intuitive or affective perception of the sacredness and interconnectedness of all life. The arts and ritual can also help break through the socialization by industrial consumer culture which separates us from our authentic ecological selves. Art and ritual can reach people on an emotional or spiritual ground when rational argument cannot. For example, photographs of undespoiled landscapes, such as the photography of Ansel Adams, have been used to good effect by preservationists.

Some activists have designed ritual processes called “re-Earthing” to deepen participants’ felt connection to nature and their concomitant political will to defend it. One such re-Earthing ritual, developed by Joanna Macy and John Seed, is known as the Council of All Beings. In the ritual, participants imaginatively set aside their human identity to speak from the perspective of an other-than-human being. Participants experience the interconnectedness of the world through process called “evolutionary remembering”. They are reminded that every cell in their bodies is descended from the first cell that emerged on earth. They then reenact the evolutionary journey of the universe, experiencing it as their own creation story. The process relies on the five senses, inner body knowing, and movement, as much as it does on words. In a process called “the Mourning”, participants are invited to feel the pain of plants, animals, and landscapes caused by human actions. Participants then give voice to grief, fear, and anger of these voiceless ones in a “Council of All Beings”. The other-than-human voices then offer to the humans present their own unique powers and knowledge to help guide and empower the humans to effect change. While the Council of All Beings might resemble a shamanic “channeling” in some ways, it can be understood as a calling forth of the wisdom and gifts that are latent in the human psyche.

COMING UP: A 6-part series on the “Branches of the Deep Ecology Tree”

September 21, 2014
Roots of the Deep Ecology Tree: Neo-Pagans, "The Dirt Worshippers"
Next Post 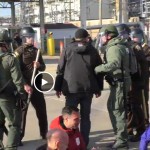 Pagan
Why I Chose to Get Arrested (with photos):...
The Allergic Pagan 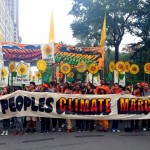 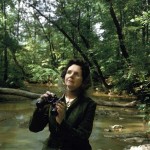 Pagan
Voices in the Wilderness: My Winding Path to...
The Allergic Pagan
TRENDING AT PATHEOS Pagan