An atheist Pagan, an animist, and a devotional polytheist walk into a ritual … 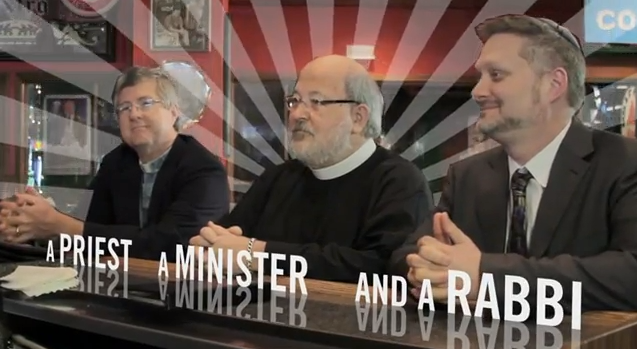 An atheist Pagan, an animist, and a devotional polytheist walk into a ritual, and the ritual leader says, “What is this, the UU?”

Last Sunday, the leader of the local CUUPS group (Covenant of Unitarian Universalist Pagans) gave an informal presentation about Paganism to our Sunday morning spirituality discussion group at the Unitarian Universalist church I attend.  I made a point of attending the presentation, due to an unfounded concern that the speaker would present one form of Paganism as being representative of all Pagans.  I have this irrational fear that I will be implicated in something that I don’t identify with.  (That’s part of what drove me out of my Christian religion of origin.)  I needn’t have worried, though, as she did an excellent job of describing the variety of Paganisms and added plenty of caveats along the way.  The only downside was that the group was probably left as confused about what Paganism is as most people are about what Unitarian Universalism is.  This was not due to any fault of the speaker, though; it’s just very difficult to speak about Paganism writ large.  (I think my model of paganism/" class=" decorated-link" target="_blank"> the Three Centers of Paganism is helpful in such cases, but that’s a subject for another post.)

I found the presentation about Paganism this Sunday to be interesting because, although the speaker is a Unitarian, hers is a kind of Spiritualistic Paganism.  Having been raised in a Spiritualist household, she has carried that orientation with her into her Paganism.  Of course, my own Paganism — non-theistic and naturalistic — is different.  But, as we discussed Paganism, it was clear that she and I could agree on several things …

While it is not surprising to find this attitude at a Unitarian church or in a leader of a CUUPS group, I nevertheless found it heartening.

At the same time, I was remembering a couple of recent online conversations which stood in marked contrast to the presentation this past Sunday.  Recently — and repeatedly over the years — I have encountered Pagans who take issue with all three of the principles above.

For such persons — I will call them True Believing Pagans — belief is an essential component of Paganism. One of the most recent was Rev. Cathryn Platine, founder of the Cybeline Revival and its home, the Phrygianum of the Maetreum of Cybele, Magna Mater Inc., which has been in the Pagan press recently after winning its lengthy tax battle for tax exemption.  According to Rev. Platine, “Naturalistic Paganism is an oxymoron”.  That will be news to a lot of Naturalistic Pagans like myself.  According to Rev. Platine, we should just call ourselves “atheists” and join the UU.

“You want to hang with Pagans because we can be a fun free-wheeling group, fine but if you are an atheist, you are NOT a Pagan yourself.  If your motive is playing with religious trappings without actually believing, go join the UUs, they actually have a place for you to do that.”

I was frankly disappointed to see this statement from a leader in the Pagan community.  Rev. Platine seems blissfully ignorant of the fact that there is an entire organization for UU Pagans called the Covenant of Unitarian Universalist Pagans (CUUPS), which has included such Pagan luminaries as the late Margot Adler, Rev. Christa Landon, and my fellow Patheos blogger John Beckett.  But apparently, they are not real Pagans to Rev. Platine, unless they believe as she does.

Some True Believing Pagans will object and say that it’s not “belief” at issue here, but “experience”.  But all experience is interpreted, and it is the belief in the interpretation, not the fact of the experience, that is at issue when theists and non-theists come into conflict.  And it is precisely the lack of belief of non-theists in theistic interpretations of religious experience that True Believing Pagans find somehow threatening.

The most common statement I hear from True Believing Pagans is that “words have meaning”, usually in reference to words like “Pagan” or “polytheist” or “gods”.  What they really mean by this is that “words have one meaning” and that one meaning is the meaning that they prefer.  It is curious to hear such a “monotheistic” statement (read “one faith, one baptism; one God”) when made by True Believing Pagan polytheists, who one would think would place greater value on diversity of belief.  It is also strange to hear such an authoritarian approach to language adopted by Pagans, who generally tend to be antinomian in so many other ways.

“Words have meaning” is simply an indirect way of saying, “I have the right to define words the way I want, and you do not.”  The fact is that words don’t have have a meaning (singular); they have meanings (plural).  A simple perusal of the dictionary demonstrates this.  And because language is constantly evolving, many meanings are not even in the dictionary.  This means that historical usage, while instructive, is not determinative of meaning.  Meanings are worked out in the present.  They are worked out in community.  And they arise from consensus, not authority — whether that authority is history, the dictionary, or any self-proclaimed Pagan Pope-for-a-day (sorry Rev. Platine, but not even 60 years as a Pagan gives you the authority to define Paganism for me).

Atheists at the Gates

Finally, True Believing Pagans seem to have an irrational fear that atheist Pagans are preparing to kick in the door and barge into their rituals and force theists to endure their impious presence.  Of course this image may seem absurd, but someone just raised it once again in the comments to a recent post of mine about Humansitic Paganism.   This concern actually sounds curiously like some of the right-wing rhetoric about the “war of Christmas” and other atheist conspiracies to end the Christian hegemony.

A look in the mirror

At the end of the day, I have to accept that my kind of Paganism is so foreign to some Pagans that they will refuse to recognize it as Paganism at all.  And if I’m honest with myself, there is a part of me that feels the same way about their kind of Paganism, though I try to be more open-minded.  There is more of the True Believing Pagan in me than I like to admit sometimes.  (True Believing Pagans are not limited to theists after all.)  I suspect that the attitude of True Believing Pagans arises from the same place as the fear I was feeling in anticipation of this Sunday’s presentation about Paganism at the UU.  I was afraid that the speaker would describe Paganism to my fellow churchgoers in a way that was unrecognizable to me, and I was afraid I would be lumped in by association with something that I didn’t identify with.  I was afraid, I guess, that in some small way my Paganism would be stolen from me.  This apparently is what Rev. Platine fears, as she accuses me of “appropriating her identity” by calling myself “Pagan”.  While saying it that way highlights how silly this fear really is, it arises from a genuine feeling that should be acknowledged — but not indulged.  So, while I sympathize with the sentiments of True Believing Pagans, I cannot endorse their exclusivist approach to Paganism.

I had a positive experience at this Sunday’s discussion group, because the speaker and I, while differing in our Pagan beliefs, shared a commitment to the three principles above.  Neither of us sought to impose any test of belief on the other.  Neither of us insisted on a single meaning for any religious term (like “god”).  And neither of us was willing to exclude eachother from our rituals based solely on a difference of belief.  I think if Paganism is to fulfill its potential, then we must accept that there will be people who call themselves by the same name as us, but whose beliefs make us uncomfortable.   We have to accept that we can define words for ourselves, but not for other people.  And we have to be willing to occasionally hold hands and circle with someone who may have a very different interpretation of what is going on.  If we do this, I think we will discover that our experience of sacred time and space is not diminished, but enhanced.  Far from stealing our Paganism from us, people with different Pagan beliefs can reveal our own Paganism to us in a way that no one else can.

December 22, 2014
Nothing new under the Winter Solstice sun: Christmas as a major sabbat
Next Post

January 9, 2015 "In With the New, Out With the Old": Generational Conflict Within Paganism
Recent Comments
0 | Leave a Comment
Browse Our Archives
Related posts from The Allergic Pagan