This is the fifth in a series spotlighting some of the signatories to A Pagan Community Statement on the Environment. Today, we are sharing an interview with Tom from Japan. If you would like to be interviewed for the Global Eco-Paganism Series, contact me at allergicpagan [at] gmail [dot] com. And don’t forget to sign “A Pagan Community Statement on the Environment” at ecopagan.com.

I am a 28 year old Pagan from the New South Wales countryside, Australia, living as an English teacher in Japan for two years.

As I have studied with many different paths and traditions over the years, I have referred to myself as a Witch, a Druid and a Pagan. I find the word Paganism quite comfortable and when people ask my religion, that is how I tend to answer. When people don’t know what that is, I usually simplify the definition by saying “I think nature is the perfect expression of God, so I worship nature”.

Currently I live in Osaka city in Japan.

I first started as a preteen dabbler when I was ten or eleven years old. Living in the countryside with no esoteric bookstores or internet connection, I really was just inspired by the land. I dove into my connection to the land I lived on, then when I was about thirteen I made the pilgrimage to Sydney to buy my first book on Witchcraft. The book guided me through a ‘self initiation’ among other things, so I guess that would be my official ‘beginning’ as a Pagan. That makes it fifteen years. Wow.

I have met one Japanese Pagan on my travels, and to be honest, his religion presented itself as a more New Age form of Japanese Shinto. It didn’t click with me at all personally. I think that because the Japanese indigenous religion is a Polytheistic Earth Based spirituality, with an established priesthood, an esoteric side and a full set of seasonal celebrations (many of which are public holidays), most Japanese people don’t feel the spiritual or cultural “lack” that draws a lot of westerners to Paganism. They are already connected. As for my practice, I have an altar in my home where I work and meditate at least once a week. I work with my Ancestors on a separate altar once a month. I also go to a Buddhist temple to pray for my Ancestors monthly, and usually go to a Shinto shrine to pray to the Kami (nature spirits of the area I am in) once a week. I do a small ritual for the traditional Pagan Sabbats, but often leave big celebrations until the next big Shinto festival. As Shinto is a seasonal religion, a festival is never too far away.

Although I have been involved in different communities in the past, I am not involved currently as there is no real community here. I spend time with the Shinto Kannushi (priests) as often as I can, and try to learn how they connect to the land and the spirits here.

I still interact with different communities online that I had face to face relationships with in the past. This is mainly through Facebook. I am currently still actively communicating with two Druidry organisations and a modern Witchcraft tradition, who I trained with in person in the past. Some of these groups also send private newsletters to dedicated/initiated members.

What is your religion of origin?  What religion were you raised with?

My grandparents were Catholic and Anglican, but my parents were agnostic. They loved nature though, and I was always encouraged to spend time in nature. I went to a Catholic high school and the ritual of Catholicism has certainly influenced my practice.

As I explained above, it wasn’t really a transition. I was just a kid who didn’t ever stop believing in magic. I built my own beliefs based on experiences I had in Nature, and when I was finally exposed to Paganism (which I am pretty sure I called Wicca at the time), I was already there. I just didn’t have a name for it for the first few years.

It helps me connect to a natural rhythm, rather than keeping me caught up in the rhythm of the city, which I see as draining and detrimental to my growth as a person.

No, but as Japanese people don’t really have an understanding of why you would want to choose a religion (most see religion as a responsibility to their family), I usually just make vague references to Nature and Spirits and Cycles.

Bealtaine parties! No, really it is feeling a true connection, whether to Nature or Deities or other people on my path. It is a beautiful thing to feel a real connection in a world where most “connecting” is done online.

Less online Paganism, more real life work, more real life connection. I think the reason that many Pagans are not as Earth conscious as they could be is because they see nature as something “out there”, rater than something they know intimately.

I explained this above, but it is the whole point of my religion, to connect to place and interact as a part of the system that I am living in, rather than something outside of it.

Does environmentalism or other activism play a part in your religion?  How so?

It has in the past. Currently I do my best to talk to people I know in Japan, but the ideas about environmentalism here are very different to what I am used to, and to be honest, I don’t really understand many of the concepts here. I feel that Japan is still a long way behind many other countries regarding their treatment of the environment.

I think the Statement accurately reflects the Pagan mindset (in a general sense), and so it gives us an opportunity to express our want for change, and to express a solidarity as a spiritual tradition.

What part(s) did you find most compelling? What would you have changed?  What other concerns did you have, if any?

I enjoyed the part about a “change of spirit being required”. In my opinion, it is the attitude of humans that need to change first. Our practices will always grow from those attitudes. No changes and no concerns. There are other things that I feel that the Pagan community could address, but I feel that the Statement did its job well. 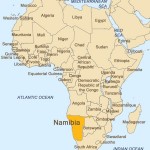 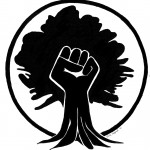 July 19, 2015 Words are not enough: What to do after you sign "A Pagan Community Statement on the Environment"
Recent Comments
0 | Leave a Comment
"Ironically, the pagans have stumbled upon evidence that there will be an Armageddon exactly when ..."
The Penitent Man Shall Pass Call for a Pagan Community Statement ..."
"John H.Halstead...Someone wrote or said. Be the change you want to see in the world. ..."
Toni Stamps 13 Things You Don’t Need to ..."
""petty and defensive"?: "Are you foolish enough to think christianity is the elder?""
John H Halstead 13 Things You Don’t Need to ..."
"Attack? This isn't my faith :)Is it yours? You come accross more christian....petty and defensive."
Toni Stamps 13 Things You Don’t Need to ..."
Browse Our Archives
Related posts from The Allergic Pagan