Bursting the White Bubble of Colorblindness 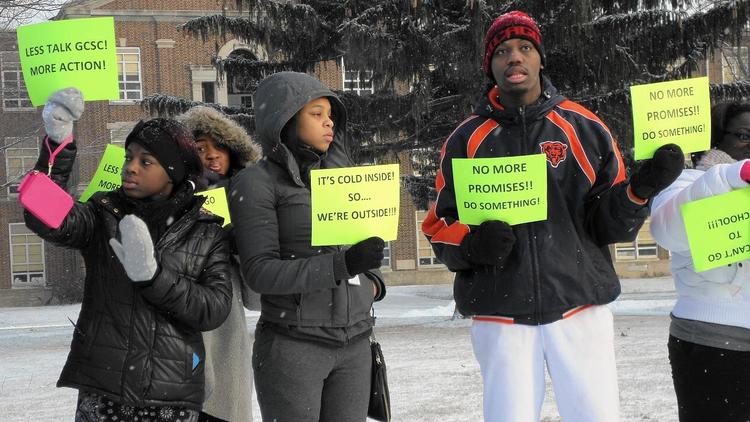 My entire life, I have lived in a bubble — a bubble of white privilege.

My first encounter with the issue of race was in the second grade in Louisville, Kentcky. I went to school in a predominately white elementary school. My teacher, Mrs. Smith, was Black, though. I remember her teaching about Black history during Black History Month. One day, as we lined up to go to recess, one of my classmates cut in front of me, and I called him the N-word. This was completely out of character for me. Ironically, I think I had learned the word from Mrs. Smith. The whole class, including Ms. Smith, heard me, and I knew I had done something very bad. I didn’t get in much trouble though, because the other kid was white. Clearly something had been lost on me.

My best friend at the time was Mrs. Smith’s son, Terrance. He was also in my Cub Scout den. My mother would later tell people that I didn’t know that Terrance was Black. She told and retold this story with a great deal of pride. You see, I grew up at a time (this was 1982) when the ideal was to be “colorblind”. Of course, I knew Terrance had dark skin, but I really didn’t know what that meant for him. I was taught that we should be “colorblind”, which meant treating Black people like everyone else, and that being “colorblind” made me a good person.

The next year, in third grade, I was “bussed” to another school — a predominately Black school — as part of an attempt to integrate the school system. Parents of white children who were transferred to the Black school were mollified by the fact that their children were going to be participating in a gifted program — which was considered a privilege. So I rode a bus full of Black kids to a school full of Black kids and then went to class in a classroom with all white kids. So much for integration.

Throughout all this, I continued to hold to the ideal of colorblindness. What this meant was that, whenever a Black person passed through my white bubble, I would make an effort treat them like a white person. Each time I did this, I felt a certain amount of pride — as if I had done something exceptional, as if treating people equally were not the default, as if I had somehow done the Black person a favor by treating them like a human being.

I went to a high school in southern Indiana which had one Black kid among 500 students — and we all felt very proud of ourselves for treating our token Black student well. I then went to Brigham Young University, which is about as white as you can get, racial justice just was not a part of my post-secondary education. I continued to believe that I was colorblind and that the remaining work of racial justice was about getting other people to learn colorblindness too.

And then I moved to northwest Indiana — which is a highly segregated place. I live less than 15 miles from Gary, Indiana, which is now predominately Black, but my town is predominately white. Actually I live right on the border of two school districts. One street over is another school district, which sits between my town and Gary. The houses on both sides of the street are identical. Anyone driving through would assume we are part of the same neighborhood. And yet on one side of the street, there live lots of Black people, and on my side there are virtually none. 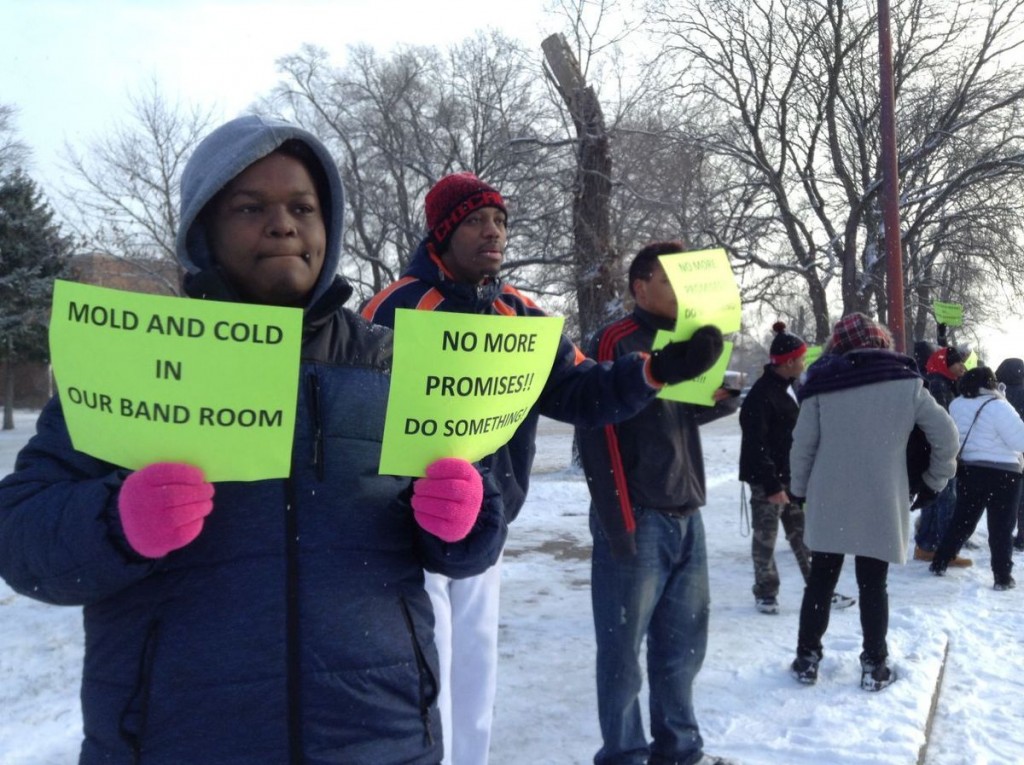 I really started to think about this odd arrangement when I recently heard that a school in Gary had been chronically without heat. Classes were frequently cancelled due to the heating conditions, and even when the school was open, students were wearing their coats, hats, and gloves to classes. Interestingly, the school in question was actually opened in 1923 to house Blacks, so they couldn’t integrate the city’s white schools. And this was not the only school in the city that had to close due to heating problems. I was appalled by this situation and struck by the fact that this would never happen in my kids’ school district. Why is that? I wondered.

The answer is: systemic racism. 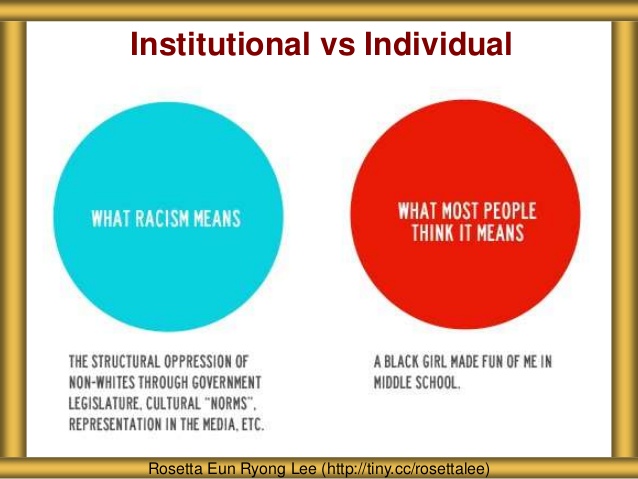 Of course, there are other factors that come into play in this system, but you can see how it is vicious circle. And what’s interesting is that there is no explicit racism in this system — and yet the system itself is racist. It is racist because it systematically underprivileges Black children. Assuming we have a finite amount of resources for education, my children receive a disproportionate share of that pot. And the reason is because they are white. And I contributed to that system when I very consciously chose to purchase a house on one side of the street rather than the other. 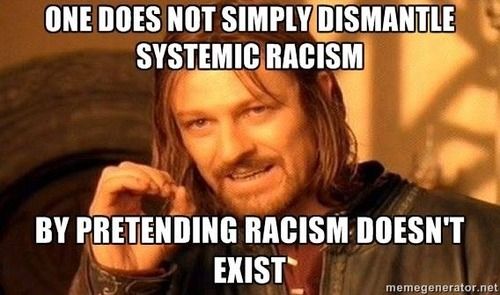 No one had to call another person the N-word for this system to perpetuate itself. In fact … and here’s the key … my “colorblindness” actually contributes to the perpetuation of this racist system. Being “colorblind” renders me blind to the role of race in the scenario described above and a thousand other micro-systems like it.

Does that make me racist? Well, in a way, yes it does. Not in the white sheet-wearing or skinhead way, of course, but racist nonetheless.

Not many people are ready to embrace the “racist” label, though — it’s constructive, I think, to recognize that there is a third category in addition to “racist” and “not racist”: “anti-racist”. So the question becomes not whether we are racist … but whether we are anti-racist.

Check out the short video below, and consider the strange fact that we are comfortable, indeed proud, of not being racist, but no one would be proud of being non-rapist. People easily embrace being anti-rapist; why not anti-racist?

Being anti-racist means we are actively working to fight the kind of systemic racism describe above. Being opposed to individual racism is easy. Nobody likes the KKK. But fighting systemic racism is hard — not just morally, but heuristically. It’s not just a question of making the right choice, but of see that there is a choice in the first place.

“We now see moral encounters not simply as tests of will and virtue in the face of known and defined obstacles, but as a part of the continual effort to position ourselves in a state of clarity where knowledge and definition at last become possible. The comprehension that we stand at a moral crossroads is not given, but acquired through considerable effort, courage, and even luck. Obtaining that knowledge is a moral challenge coequal to, or perhaps greater than, the challenge of responding to it. Our moral trials may be less intense but more protracted; if we are heroes, we will be heroes by virtue of the quantity rather than the quality of our efforts. The institutionalization of everyday life may demand fewer of the virtues of a soldier or saint and more of the virtues of a detective, scientist, or a trial lawyer aiming to reconstruct shards of evidence into a coherent theory.” — “Moral Responsibility in the Age of Bureaucracy”, David Luban, et al.

I believe in the power of symbolic speech. Words and signs are not enough, obviously. They need to be accompanied by action and inner transformation. But symbols have the power to effect the inner transformation that prompts action. “Black Lives Matter” is not just a statement, it is a symbol — a symbol of awareness of and opposition to systemic racism. For me, these three words capture the essence of anti-racism in a way that other statements and longer manifestos just can’t. 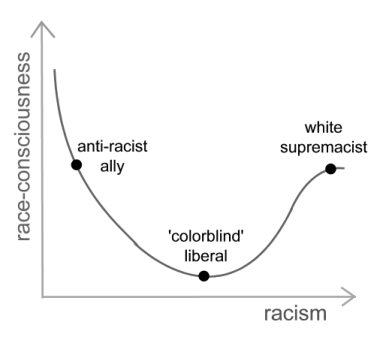 And it works because it brings race to the forefront of my consciousness, which has so long been trained to be blind to color. It speaks, not just to my mind, but to my heart — to those places deep within me, that I don’t like to acknowledge, where racist fears still have a hold on me. Even before I knew the difference between non-racism and anti-racism, the words “Black Lives Matter” had begun working on me, effecting an inner transformation, preparing me to commit to anti-racism.

For the last several weeks at my local Unitarian Universalist congregation, we have been discussing systemic or institutionalized racism and Black Lives Matter. We are working toward a collective commitment to becoming an anti-racist congregation. This requires education about systemic racism and how we, in my predominately white congregation, participate in, benefit from, and unwittingly perpetuate that system. I am still learning myself. My hope is that, by the end of this summer, my UU congregation will have placed a “Black Lives Matter” sign in front of our church, as many other UU congregations have done, as a symbolic expression of our commitment be anti-racist — both in our communities and within ourselves.

For now, I will say for myself … Black Lives Matter.

* Although the Gary school is a charter school, the Gary Community School Corporation is still responsible for maintenance. 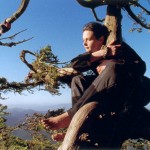