I’m a spy for the Mormon Church 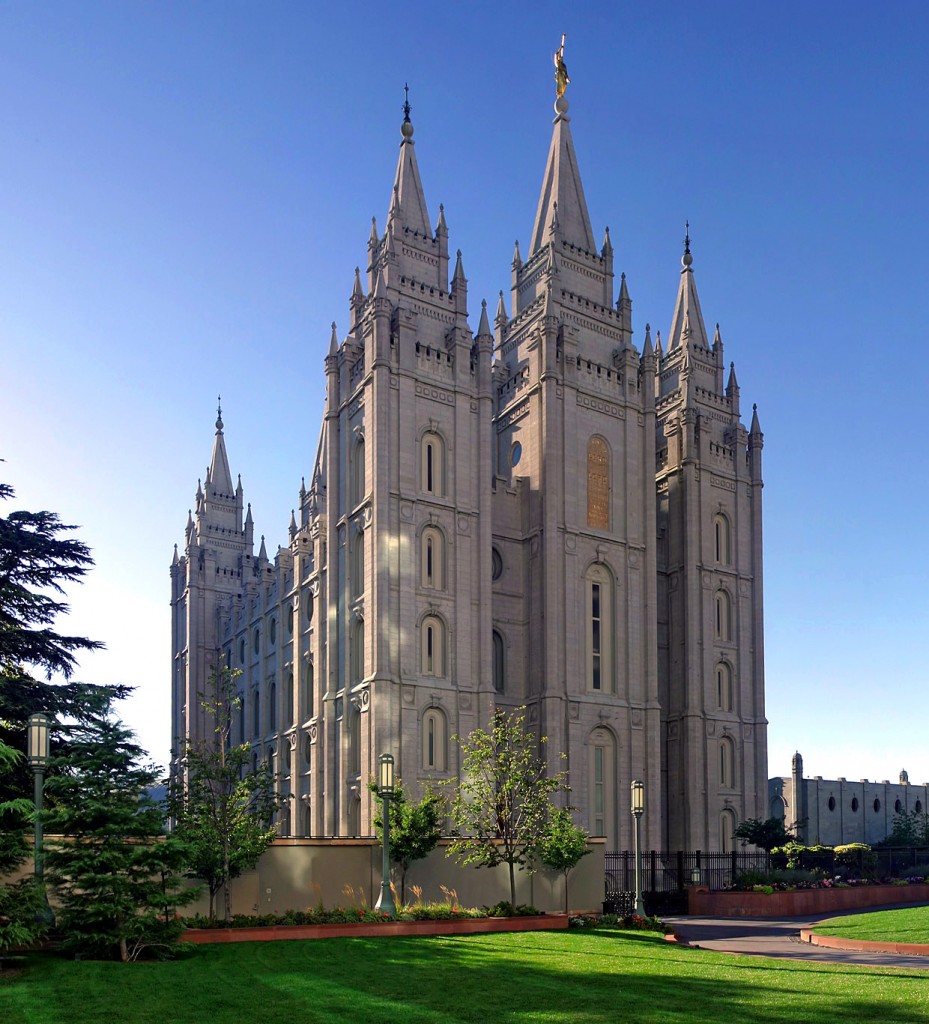 So I have done all the damage I can possibly do to Paganism, and it is time for me to come clean.

I am a spy for The Church of Jesus Christ of Latter-day Saints.

Let me back up.  As some of you know, I was raised in the Mormon Church.  I attended Brigham Young University, underwent the secret temple ceremonies, and went on a mission to Brazil to convert less fortunate souls to Mormonism.  What you don’t know is that I never stopped being Mormon.

Many non-Mormons don’t realize that Mormons can be called to all different kinds of missions over their lives.  The most common form is a proselytizing mission, to which Mormon young men and some young women are called.  That’s what I was doing in Brazil.  Sometimes older couples are called on proselytizing missions as well.  There are also humanitarian missions.  But when I was 25, I was called to a different kind of mission altogether — to be a spy for the Mormon Church.  My mission was to select an alternative religion, infiltrate it, report back on it, and work to destabilize it from within.

This is how it was explained to me: Mormonism is currently the fastest growing religion in the U.S., or at least it was at the time, around the year 2000.  Unfortunately, most of that growth was due to childbirth, not conversion.  And the official conversion figures disguised low retention rates.  In addition, the Church was losing large numbers of members between the ages of 18 and 35.  At the same time, we were witnessing the growth of the “spiritual but not religious” or the Religious Nones, as they are now called, many of whom were being drawn to alternative religions, like Paganism.  Clearly, the Lord was clearly testing His elect.

And so, in 2000, I and a number of other select members of the Church were called on missions by the Prophet, Gordon B. Hinkley, to infiltrate alternative religions, learn about them, discover the secret of their success, and try to destabilize them from within.  I was selected because I had been an especially righteous missionary during my time in Brazil.  And so, my mission president asked me to come to Temple Square in Salt Lake City and introduced me to the Prophet.  It was the greatest day of my life when the Prophet shook my hand and looked me in the eyes and told me the Lord had a special mission for me.  I was instructed to keep the mission secret from everyone else.  My local bishop was left out of the loop in order to maintain the illusion.  The plan was for me to feign disillusionment with Mormon doctrine and then to formally withdraw my name from the membership rolls, which I did in 2001.

The next stage of my mission was to identify a target community to infiltrate.  Over the next year, I studied a number of different alternative religions before settling on Paganism.  I chose Paganism because of the low barriers to entry and obviously excessive credulity of you Pagans.  Then I prayed about my choice and received confirmation from God.  My mission president approved because Paganism was attracting many ex-Mormons.  I was instructed to report on my progress to my mission president on a monthly basis, and I had annual meetings with the Prophet in Salt Lake City.

It was surprisingly easy to infiltrate the Pagan community.  There were no tests or trials to undergo.  Of course, there were some initiatory traditions I might have chosen to infiltrate, but they were small by comparison to the number of Pagans as a whole, and of decreasing significance in the Pagan community.  Also, I figured most of of the secret Pagan stuff would eventually be leaked on the internet, just as the Mormon temple ceremonies have been.

To become Pagan, I basically just had to start calling myself “Pagan.”  I didn’t even have to meet any Pagans in person, and I actually avoided it for several years, out of fear that someone would see through my disguise.  All I had to do was to establish an internet presence and then engage other bloggers in antagonistic discussions.  The more outrageous I was, the more attention I got.  And it wasn’t long before I was being invited to write at Patheos, Witches & Pagans, and other online Pagan forums.

Eventually, I was invited to live Pagan events.  I was really nervous about meeting you Pagans in person the first time, fearing that I would be seen for the imposter that I was.  I considered donning the garb of Pagans, but I had difficulty deciding whether to go with a black t-shirt with a dragon on it, a tartan kilt, and a large pentacle necklace or with a grass green robe, brown hooded cloak, and a gnarly wooden staff with the crystal set in the top.  Frankly, given the variety of stunning couture for Pagan women, I was more than a little disappointed with the options for Pagan men.

So I decided instead to stick to my clean-cut Mormon appearance and my middle-class suburban mannerisms.  I theorized that no one would actually suspect me of being a spy precisely because I didn’t look or act like a Pagan is supposed to.  After all, spies try to blend in, right?  And I definitely stuck out in a Pagan crowd.  A lot of Pagans did look askance at me when I went to Pagan gatherings, but I was right — the idea that I might be a spy was simply too ridiculous to contemplate.  And so I was able to hide in plain sight.  (A few of the more savvy of you did suspect me, but alas, like poor Casandra, no one would listen to you.)

I was instructed to report back to the Prophet about possible reasons for the growth of interest in Paganism.  Of course, there are many things that might draw ex-Mormons to Paganism, but as best as I could discern, the real secret of Paganism’s success is that people can get away with anything and still call themselves Pagan.  (I am Exhibit A of this!)  There are some lonely voices calling for some standards in Paganism, but the majority of you Pagans are antinomian libertines who have no hope of ever living by the strictures the true Gospel and being able to join the One and Only True Church on the Face of the Earth.

And so I was also instructed to try to inhibit the growth of Paganism as much as possible.  If I couldn’t convert Pagans to Mormonism, I could sow confusion and discord wherever possible.  I have claimed to be Pagan, atheist, and polytheist — at different times and all at once — while alternatively promulgating a pantheo-Jungian monotheism and an unholy medley of Christo-Paganism.  I have worked to distract Pagans from paying attention to their false gods and their devotions by manufacturing artificial controversies, including endless debates over etymological and historical minutiae and Pagan identity politics.  I have tried to undermine the faith of individual Pagans by critically deconstructing their interpretations of their spiritual experiences.  And I have consistently tried to shift the discussion from real spiritual matters to purely secular or political issues like environmentalism, feminism, LGBT rights, anti-racism, and anti-capitalism.

In the last few years, I have come to suspect that the Pagan community is full of many spies like myself, and not just for the Mormon Church.  I know of at least two other people, well-known Pagans, who are spies for the Church of Scientology, and a third who is possibly Opus Dei.  (Of course, I’m not going to tell you who they are.)

I think I’ve been remarkably successful in my mission, and according to the Prophet, so does the Lord.  Of course, I had God on my side, so I’m not surprised.  Now, the Lord says it’s time for me to come home.  After 15 years, I can finally return to the heart of Mormondom and the bosom of my Savior.

The Prophet has told me that you are all a lost cause, which is why I can tell you this now.  Perhaps in the next life, you will convert to Mormonism and one of your descendants, who has seen the light of the Lord and joined the True Church, will vicariously baptize you in the Mormon temple.  If that happens, then you may enter the highest kingdom of celestial glory, and I will be waiting there for you with open arms.  You can thank me for all my efforts then.  If not, then I may visit you in one of the lower kingdoms, but I’ll be gracious and won’t rub it in.

This post was inspired by the latest rumor I heard was circulating about me.

August 12, 2016
The Forgotten History of Atheist Paganism
Next Post