I’m not a satirical writer, but when someone recently told me that they had heard a rumor that I was a spy for the Mormon church, I knew I wanted to do something as absurd as the rumor.  So I wrote a fake confessional, where I exposed myself as a Mormon spy “infiltrating” Paganism (whatever that means).  I started with the truth — that I was raised Mormon and went on a mission in Brazil — and then went wild from there, telling how I had been recruited by the Mormon Prophet and then sent on a mission to spy on and then “destabilize” the Pagan community.

The story itself was ridiculous for a number of reason, which should have been obvious — like the fact that a church as big and self-centered as the Mormon church doesn’t really care about Pagans — and I also used a lot of over-the-top bits to signal the satirical intent.  I added some “Easter egg” clues — good satire is littered with little absurdities that should signal to careful readers that they might be reading satire — like the parts about meeting the Mormon prophet in person and recognizing other spies from Opus Dei, for example — not to mention the reference to Pagan “credulity”.

I expected that some people — even people who know me — to fall for it at first, or at least wonder if it might be true.  But I hoped that everyone would soon see the absurdity of it.  Just in case, I explained in a note at the end that the post was inspired by the latest internet rumor about me.  And for good measure, my wise editor added a “SATIRE” tag to the post.

In spite of all this, people still believed it.  A lot of people — if Facebook is any indication.  For example, there was a lively discussion on the OBOD Friends FB page (which has since been removed — probably due to embarrassment).  People continued to express outrage about purported Mormon espionage in the comments, in spite of the fact that multiple people earlier in the thread had identified the post as satire.

And some people were really irate.  Some responses ran along the lines of “I knew it!”  While others mocked the absurdity of of spending 15 years trying to “destabilize” Paganism, apparently without catching on that the absurdity was intentional.  One comment, on the actual post itself, ran over 1,200 words — without any paragraph breaks — about 75 of which were in ALL CAPS and increased in frequency as the comment went on.  And some people, who had caught that it was satirical, wondered aloud if I was using satire to conceal the truth that I really was a spy!  (That’s some Inception level shit there!)

I’m not going to share any of the specific comments here, because I don’t want to embarrass anyone, and the point of the post wasn’t to prank anyone.  (I actually hate practical jokes.  Last week I naively shared a post about a giant squid washing up on shore in California, which I hadn’t bothered to verify on Snopes.com.  I hate fake news reports!)  The point of my post was not to make anyone feel stupid, but to highlight the absurdity of some of the suspicion and paranoia in our community.  Well, it did that, even better than I intended.

Some of the outrage about my undercover “mission” might be chalked up to people not actually reading the post or not reading it carefully.  But a surprising number of people responding apparently had read the whole thing and still didn’t get it, because they made reference to details which were buried in the post — like me being Pagan for 15 years.

I had actually thought that fewer people might fall for it after Steven Posch’s recent satirical report about the U.S. Postmaster announcing a new Pagan holiday stamp.  After Posch’s post was revealed to be satire, Jason Mankey predicted that “We Will Get Fooled Again.”  Apparently, he was right.  It turns out that the only thing more outrageous than the actual story I posted was the willingness of some people to believe it.

A few commenters identified the response as an example of “Poe’s Law”, the notion that, without a blatant signal of an intent to be humorous, any attempt to satirize fundamentalism will be mistaken as genuine fundamentalism.  Apparently, Poe’s Law holds true even with blatant satire signals.  One the one hand, no matter how ridiculous you try to be, there’s someone out there who is being genuinely more ridiculous than you can even imagine, without even trying to be.  On the other hand, and more saliently, it seems that no matter how ridiculous you try to be about some group, there is someone out there willing to believe even worse things about them.

One comment thread in particular caught my attention.  Geoff Waldon shared the post on the Pagan Facebook Group.  Although the first comment noted that it was satire, what followed was an embarrassing display of Pagan credulity.  Finally, Geoff shut down the comments, but not before educating his audience about satire:

“OK. For those of you who seem to have a problem, let me explain this before I shut down the comments. This is Satire – that means it is all a joke. Regardless of whether or not you find it funny, The humour comes from the fact that the entire premise is so absolutely ridiculous that no sane person would actually believe it to actually in any way true. Mostly, the article pokes gentle fun at some of the things we Pagans do to ourselves that might not actually destroy Paganism, but does harm the Pagan Community while playing to the conspiracy theorists who like to blame everything on someone else.

“Far be it for me to judge the writer – John Halstead – who I do not actually know – or his motivations, but let me make a few observations. I’m going to come out and flat out deny that he is in fact a Spy for the Mormon Church – because, you know, “SATIRE” – that part was a joke. This was not intended as a beat up of the Church of Latter-day Saints – the Mormons. I believe you will find that as stated the man was brought up in that faith so used the truth as part the story. It is also easier to write about what you know, and as a vehicle of the story, the Mormon Church is just a little odd by the average person’s understanding, so it makes the outrageous story just a little more plausible. It is perhaps vaguely possible that a church organisation might send in an observer to Pagan groups and gatherings, but the idea of a fifteen year mission really should have struck you as being over the top – the sort of fundamental mindset that would want to bring down Paganism is probably not bright enough to manage a stealth operation.

“Internet 101 – if the story seems too outrageous to be true, it probably isn’t. Not everyone is going to appreciate the same sort of humor, but just learn to accept that it is still a joke – even if you don’t find it funny. If you seriously believed that this guy or others out there are actually working at destabalising Paganism in secret, please have a good hard look at whatever evidence you think you have and think really hard about what would actually have to exist to make this truth… have a really hard think.

“There will be no further comments available on this post. 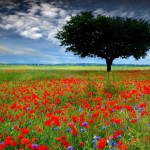 August 22, 2016 Enroll in Living Systems at Cherry Hill Seminary
Recent Comments
0 | Leave a Comment
"Ironically, the pagans have stumbled upon evidence that there will be an Armageddon exactly when ..."
The Penitent Man Shall Pass Call for a Pagan Community Statement ..."
"John H.Halstead...Someone wrote or said. Be the change you want to see in the world. ..."
Toni Stamps 13 Things You Don’t Need to ..."
""petty and defensive"?: "Are you foolish enough to think christianity is the elder?""
John H Halstead 13 Things You Don’t Need to ..."
"Attack? This isn't my faith :)Is it yours? You come accross more christian....petty and defensive."
Toni Stamps 13 Things You Don’t Need to ..."
Browse Our Archives
get the latest from
Pagan
Sign up for our newsletter
POPULAR AT PATHEOS Pagan
1

No, That's Not An Odal Rune
The Zen Pagan
Related posts from The Allergic Pagan