An Open Letter to the Penal Substitutionary God

To the “Penal Substitutionary” God:

As you know, I am not one to mince words and I don’t plan on starting now. So I will begin this letter by being really frank. First of all, if you really did send Jesus to us because you needed his blood to be spilled, then you, sir, are a monster. Any mere human who did this would be considered one. And if we are made in your image, and we recognize that this sort of behavior would get one institutionalized, shouldn’t we demand the same for you? A parent who beats the hell out of one of their children to show the others how much they are loved needs intense psychiatric help. Child abusers have no business being called “divine.”[1]

Now, before you become too tempted to smite me for that introduction, please read on because I am going to offer some potentially helpful thoughts on where I believe this whole thing went wrong—thoughts regarding the practice that made you feel that you needed your Son to be so brutally murdered. I know, I know—we sinned and “fell” and should be held accountable for our actions. I get that! I write plenty of articles and essays on how disgusting humanity can behave at times. In fact, I charge humanity 100 percent guilty for Jesus’ murder so if it were up to me, you would be off the hook entirely. But, because many Christians argue tooth and nail for your complicity in the crime, I feel I must respond. I don’t care if you are a god—I will critique your violence just like I do mine and others’. All that being said: let me get to my first main point, which is that I take major issue with your desire for humanity to engage in sacrifice. I believe not only is it the foundational problem with seemingly all the gods that people believe in, but tragically, that it eventually leads to the death of your own precious child.

It’s about time more people question this. It is not, after all, the middle ages any longer.[2]

If we are going to understand the notion of sacrifice, I think we should start with the book you entitled “Genesis,” since the first mention of sacrifice comes from Genesis 4:3. But, what is interesting is that your desire for sacrifice is presupposed entirely. Verse 3 reads: “In the course of time, Cain brought to the Lord an offering of the fruit of the ground.” Did you give Adam and Eve or Cain and Abel secret instructions that you would only later tell Moses to write down in the Bible? Or did they just assume you wanted it? Well, either way, because of this, Cain killed Abel. You cannot deny that the competition for your favor directly led to bloodshed. Perhaps setting yourselfapart[3] from the other gods vis-à-vis sacrifice would have helped keep Abel alive. And later on, you know who . . .

Now, I would like to focus on your book Leviticus where you really lay out how the sacrificial system is going to run. Right off the bat, you make it clear that you want the best of what we have to be slaughtered for your glory.[4] Somehow, someway, killing one of the animals from the flock will atone for sin.[5] How did that work, really? And why in the world did you command for the priest to dash the blood against the tent?[6]

But, perhaps, you do not find it disgusting but rather, “pleasing to the nostrils.”[7] Perhaps, even, the sacrificial aspects of Levitical Law are to be read as a clue for how to eventually think about the Atonement. It seems like an easy place where people could look to justify your desire for Jesus to die. I can see the similarities, really. From the start and like I already said, you clearly wanted the finest of sacrifices—unblemished males in fact.

Before I focus my attention on Jesus—don’t worry, I will get to him—I would like to mention one thing I don’t really understand. Namely, that if you wrote the Bible, why did you later tell the prophet Jeremiah that when you took his forefathers (Moses) out of Egypt that you did not speak to them vis-à-vis burnt offerings and sacrifices? Moses was pretty clear about your desire for sacrifice—even the NRSV translators entitle Leviticus 1 “The Burnt Offering.” So, which is it because it can’t be both. That would be contradictory.

Okay—now changing gears a bit—I will discuss the “perfect sacrifice” that finally satisfied your wrath . . . well, sort of. Most will experience it in the afterlife now won’t they? The specific passage I want to ask you about is from Hebrews 10. Verses 5 – 8 read as a conversation between you and Jesus. It is as if, prior to entering the world, Christ says to you:

So, if Jesus did only did what you willed, was that will for him to be tortured, humiliated, and eventually murdered? Which part was your will, specifically? And speaking of your will, what is even more perplexing is that verse 8 goes on to say that the sacrifices and offerings that you did not desire were offered even though they are required per the Law. Isn’t this the very same Law you dictated to Moses? Wasn’t the Law your will? So, again, which is it? Did you desire sacrifice and burnt offerings, or did you not, as you told the writer of Hebrews—quoting what you said in Psalm 40:6—to suggest?

If the proper hermeneutic is to “plainly” read all these books you wrote, then I am going to need some answers because I cannot square this for the life of me.

The way I see it—and I’ve been saying this for a while now—is that we sacrificed Jesus because we are the pissed off ones. It seems to me that you offered Jesus to us—that he was given over to us[8]—to propitiate our wrath.[9] Over and over, in Acts of the Apostles, it is written that we killed Jesus (2:23, 3:14—15, 4:10) but you yourself raised him up (2:24, 3:15, 4:10). But I thought you wanted him to die? Did you collude with humanity or something? Again, things seem about as clear as mud. You remind me of the Dispensationalist God—the god of creation and destruction—the Western version of Shiva. My friend Michael Hardin introduced me to the phrase, “The Janus-faced god” and it has been quite an apt description of you and most of the elohiym you associate with.

Honestly, all in all, you should be thanking me. I’ve been spending a ton of energy in an attempt to exonerate you from the most infamous murder in history (albeit by saying the type of god that you are does not exist). Furthermore, I think I offered a couple things to chew on with regards to your demand for sacrifice.

I would like to conclude by asking that you remove my name from that of the “elect”—as if I had a choice after this letter! I know that I would have stood with the mob and yelled “crucify him[12],” so I am not innocent. In fact, none of us are. However, knowing what I know now, I cannot find it within me to worship you if you are no better than us. You are a tyrant just like every tyrant that ever existed. And you are petty, not set apart from either humanity or the countless gods we’ve created.

I bid you adieu, 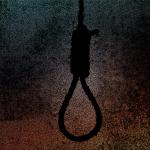 October 5, 2015 To Death with the Death Penalty
Recent Comments
2 Comments | Leave a Comment
"when people use logical fallacies, the point is often "gotcha," as if there is any ..."
Matthew Distefano Coming Out
"You are now living a more authentic life, and that's great! A person close to ..."
Laura Thompson Coming Out
"Not really, no. Could you be a bit more direct and specific with your point?"
DC Kurtz Coming Out
"Matthew, congratulations on embracing authenticity! I came out about 4 years ago, after having been ..."
Eric Rosener Coming Out
Browse Our Archives
get the latest from
All Set Free
Sign up for our newsletter
POPULAR AT PATHEOS Progressive Christian
1