The Timelessness of Hunger in Ramadan and Beyond

The Timelessness of Hunger in Ramadan and Beyond May 28, 2017 Guest Contributor 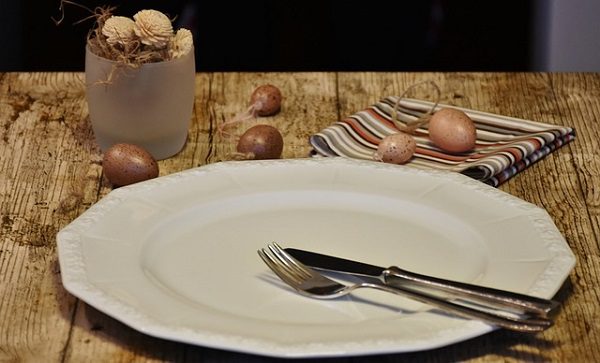 “O you who have faith, fasting is ordained for you as it has been ordained to those who have come before you that perhaps you will attain God-consciousness” 2:183

I sat in the audience at the end of the Mevlevi Semaa ceremony, listening intently to these words recited by Kani Karaca, one of the great Quranic reciters of our times and a devoted dervish. The Whirling Dervishes of Turkey had come to Southern California as part of their tour around the United States.

It was the beginning of the month of Ramadan, nearly 20 years ago.

Like most people who are born in the Islamic tradition, I started fasting as a child and was able to complete the entire month of Ramadan when I was about 10 years old. And like many Muslims growing up in a majority Muslim society, fasting was a communal occasion marked by festivities, special foods and a lot of fun things for kids — from TV and radio programs, to special songs and colorful lanterns to waking up in the middle of the night to the beat of a drummer whose job was to wake people up for a meal before the start of the fast.

Our grandfather used to pay this man a little extra to call out to us by name when he came around our place. Ramadan was a special month that we looked forward to each year with anticipation.

When my parents decided to immigrate to the U.S., Ramadan became a non-descript time for us. Our fasting became a curiosity for the people around us who couldn’t fathom doing without food or water from dawn to sunset for an entire month. The kids at school thought I was crazy. Playing sports in the middle of summer without water!

We fasted alone, and it felt desolate and empty to me. What I didn’t realize is that the removal of the social and fun aspects of Ramadan would turn fasting for me from a communal act to an ever-deepening act of loving that would help transform my heart.

It could have gone the other way for me.

I could have turned away from fasting altogether as I saw happen to many of my university friends who did not fast at all because they were free from the social pressure of living in a Muslim society. I was blessed that it didn’t happen to me. I felt a strong connection to fasting and this connection deepened with time.

As I grew older, I started to do extra days of fasting beyond Ramadan. Something in me longed for those days of abstinence from food and water. I felt a deep inner quietness during the fasting hours. And, when I was guided to the Sufi Path, my heart was opened to prolonged periods of fasting.

But nothing prepared me for what happened after I heard Kani Karaca recite those words that night. I’d heard and read those verses many times before, but I never heard in them what I heard at that moment.

With Hunger and Fasting

I went home that night feeling tender and vulnerable. I reflected on the verse that Kani recited and wondered about taqwa, the word that is translated as God-consciousness, awe or fear but whose primary meaning is protection and prevention. Over the next few days I read about fasting in the traditions of the Prophet.

I came upon a tradition where the Prophet said, “Satan runs in the children of Adam as easily as blood runs through their veins. Restrict his passage with hunger and fasting.” He and some of his companions used to fast often and would get to a point of such hunger that they would tie stones around their stomachs to lessen the hunger pangs.

They would never eat their fill when they broke their fast. They used to spend the nights during their fasting in deep acts of devotion and remembrance.

With hunger and fasting, these words made me examine my own experience of fasting, and I came to realize that I couldn’t remember a time when I truly felt hunger. Even during Ramadan, I didn’t feel hungry by the end of the day. I awaited with anticipation the breaking of the fast so I could enjoy the special dishes that we shared. But did I feel hungry? No.

I competed with my own children over chocolates, sometimes hiding a batch so they wouldn’t get to them before I did! This was my state! I was eating because I was conditioned to eat. I was eating in order to numb myself when I felt pain. And, I was greedy for food, wanting to grab it before it was gone!

I came upon another tradition of the Prophet that recounted how he used to fast continuously for days without breaking and that some of his companions wanted to do the same. He told them not to, “I am filled and sated by my Lord. Do not try to do what you see me do. If you must prolong your fasting then fast from pre-dawn (Sahur) to pre-dawn.” And, so I made my intention to do the same. I would fast from 4:00 am to 3:00 am the next day. After returning from work, sunset approached and I could feel apprehension. “What will I do? Can I really just keep on fasting?” I asked myself. “You’re crazy! What are you doing, trying to kill yourself? How will you be able to work the next day?” This inner dialogue went on for a while.

Sunset came and nothing happened. I could see how I was just waiting to break my fast at sunset. I could see that throughout my life, my fasting was absorbed in waiting for the time to end the fast! But now, the time came and the fast continued. I felt time stand still. I felt a deep inner stillness in my being; a feeling of longing that was beyond time.

It was as if I’d died. The emptiness made me feel at loving ease with dying. I started to weep as I felt a release within me. I got up to pray and spent the evening in dhikr. I went to sleep around 10:00 p.m. and was awakened around 2:00 am feeling the energetic longing for intimate prayer. I spent the hour in prayer and contemplation. When I broke my fast at 3:00 a.m. all I could eat was some fruit.

There was just no room in my stomach. I panicked again. “You’re going to work in a few hours and you’ve hardly eaten anything. Fool!” I turned to prayer and put my trust in God. The day went fine. I was wide-awake and alert all day. I felt my heart was full of love and peace. There was none of the usual stress and anxiety that I normally experienced at work.

It became clear to me that taking my body beyond its accustomed limits and habits opened me up to deeper loving, trust, peace, and acceptance.

What is True Hunger?

After this experience, I knew that I still needed to feel true hunger. So, I broke my fast with just water. Finally, after three days, I could feel real pangs in my stomach. Now I really knew what hunger felt like. And, I started to undertake long fasts during Rajab and Sha’aban, the two months preceding Ramadan, so that sometimes I would fast for three months in a row.

During these extended fasts, I would usually end the last ten days of Ramadan breaking my fast with only juices and clear soups. These long fasts felt like I had been on a long journey in a vast wilderness. They nurtured deep stillness in my heart and the prolonged hunger, instead of making me tired, energized me and allowed me to awaken in the middle of the night to pray and meditate.

These night vigils brought overwhelming feelings of love and tenderness to my heart and opened me up to receiving much wisdom and guidance from the Quran. The more I fasted the more I felt alive and awake from the inside.

Fasting is an ancient spiritual practice that breaks the most basic habits of the ego: eating and drinking. This interruption of our basic survival behaviors teaches us patience, trust and acceptance. The stillness that results from an empty stomach opens us from the inside and expands our awareness. For me there is still much to learn and grow in this area.

One aspect that is still very difficult for me is to eat little. This was made evident to me when I broke fast in Ramadan with a dear friend at a train station in Geneva. As we commiserated about the long day of fasting, my Swiss friend told me he thought it was more difficult to eat little than to abstain completely from food.

When I reflected on what he said, I could see it was true for me. The Prophet said, “Fill one third of your stomach with food, and one third with water, and leave one third empty.” And he said, “We are a folk who do not eat unless we are hungry, and when we eat we do not eat our fill.”

His blessed guidance about this is enough Jihad for a lifetime!

Mahmoud Mostafa, born in Egypt, has been on the Sufi path for more than twenty years. He currently lives in London, where he is a guiding hand in the work of the Threshold Society. He blogs for The Living Tradition at Patheos Muslim. 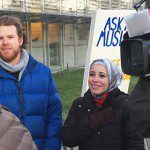 May 27, 2017
Nourish Your Mind, Body and Soul this Ramadan
Next Post 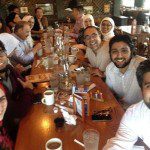 May 29, 2017 Ramadan Remembrance - My Brother and the Stories that Need to be Heard
Recent Comments
0 | Leave a Comment
Browse Our Archives
get the latest from
Muslim
Sign up for our newsletter
POPULAR AT PATHEOS Muslim
1 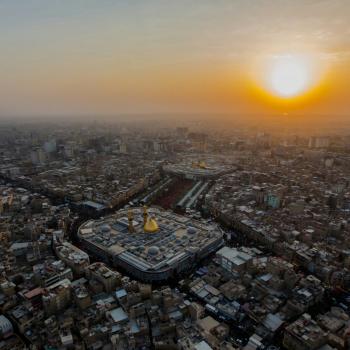