Starting tomorrow, January 27, An Olive Branch will offer free online seminars “to increase awareness and adoption of ethics statements within Buddhist communities in the U.S.”  They continue:

The scope of the term “ethics” includes all aspects of ethical behavior such as student-teacher relationships, handling money, and power dynamics. “Buddhist communities” includes all schools and traditions practicing in the U.S.

Each webinar will be presented by a prominent teacher, practitioner, or expert on ethics and will be facilitated by An Olive Branch.

The need for such discussion and plans has been widely discussed in recent years including at this blog in relation to the death of Ian Thornson in a Buddhist retreat in a group headed by Michael Roach. Then, in May of 2012, I wrote:

The death is indeed a tragedy and it highlights again the need for some sort of oversight in Western Buddhist circles. For as small (numerically in adherents) as Buddhism is in the West, it conveys enormous social influence and provides, for most, a safe and comprehensive alternative to dominant Western ideologies of consumerism and Christianity.

An Olive Branch was brought up in particular later that year when I wrote about a misconduct grievance between Buddhist teacher Ken McCleod and one of his former students. Through both of those posts and later discussions it became clear to many that some sort of oversight body, or at least a well-known focal point for discussions and resolutions (and information) for Buddhists across the country, was in order. The oversight body, far from being a Buddhist secret police, would act as a clearinghouse of information, helping sanghas create and enact Codes of Conduct suited for the 21st century and as an objective party open to hearing and helping resolve disputes. An Olive Branch has helped fill some of that role and could, with programs like this, become such an organization. As they write:

Buddhist groups in the United States have been rocked in recent years by misconduct on the part of honored teachers – misconduct which, in some cases, had been going on for many years but was kept secret by teachers, boards, sanghas, and the victims themselves. Many Buddhist organizations appear to lack ethics statements and grievance procedures. Teachers, students, and governing boards seem unaware of their governance responsibilities and potential liability when misconduct occurs. Without robust ethics statements and strong governance, misconduct usually results in chaos and long-lasting damage to individuals and organizations.

And yet for others, the very draw of Buddhism has been as an escape from such overarching hierarchies and institutions. Such concerns will need to be addressed; Americans are an individualistic people and American Buddhists all the more so.

Tomorrow’s talk will be led by Shinge Roshi, Abbot of the Zen Studies Society and will go from 2:00 – 3:00 PM Eastern Time.

Shinge Roshi will share her first-hand experience living through a sangha’s pain and confusion caused by misconduct and then leading the re-building of that sangha and its board.

Shinge Roshi is also the Abbot of the Zen Center of Syracuse, Hoen-ji. She was the first American woman to receive transmission in the

Rinzai School of Zen Buddhism. The Zen Studies Society (http://www.zenstudies.org/) is based at Dai Bosatsu Zendo Kongo-ji monastery near Livingston Manor, NY and at the New York Zendo Shobo-ji in Manhattan.

Find out more at An Olive Branch. 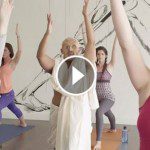 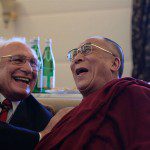 January 29, 2015 Dalai Lama likely to have first public appearance with President Obama next week
Recent Comments
0 | Leave a Comment
"I came across this site by accident, It reminded me of a story about two ..."
quacknduck Tourists: Buddha Tattoos are Taboo; as ..."
"eMudhra Limited is a certified body, licensed by the Government of India. eMudhra operates in ..."
Mycaportal Buddhism: Dzogchen and Mahamudra
"folks hav to learn the local laws wen they invade the space"
Joe Biggs Tourists: Buddha Tattoos are Taboo; as ..."
"too polite ..if folks are ignorant of local laws they hav to be brought to ..."
Joe Biggs Tourists: Buddha Tattoos are Taboo; as ..."
Browse Our Archives
get the latest from
American Buddhist Perspectives
Sign up for our newsletter
POPULAR AT PATHEOS Buddhist
1