Among the Sangha: An African American Buddhist in the Zendo

Among the Sangha: An African American Buddhist in the Zendo February 5, 2016 Justin Whitaker

Today I am again honored to share another wonderful guest post in our ongoing series of expanding perspectives on race and diversity in American Buddhism. Recent posts include yesterday’s “Crossing the Great Divides in U.S. Buddhism” by Mushim (Patricia) Ikeda, Wednesday’s (forthcoming) book excerpt from Lama Choyin Rangdrol, “African American Buddhism…” an interview discussing emerging voices in the Western Buddhist world, the Tibetan Feminist Collective, and two excellent academic pieces that started things off: “Race Matters…” and “The Dukkha of Racism…”.

With one more post on hand, set for publication tomorrow, this has been an overwhelmingly positive and educational experience for me and, I hope, for readers. It is still, of course, just a drop in the bucket of awareness and understanding, but I hope that it is a drop (to mix metaphors) that ripples far through the consciousnesses of readers who carefully reflect upon the experiences of separateness and inclusion as Secundra does so eloquently below, or through the vocabularies, experiences, and suggestions found in earlier posts.

It is 4 o’clock in the morning on a Saturday. Service starts at 8:30 a.m.  I need to be at the Zendo by 8 a.m. for set up.  From my residence, I walk down a steep hill, to reach a bus stop. The bus will take me to a terminal where I catch a transit train that crosses from the East to the West section of Cleveland. From there, it is approximately a 20 minute walk from the train stop to the Zendo door.

I picked this Zendo from a list of Buddhist practice places xeroxed for me by a Zen Mountain Monastery resident as I neared the end of my month long residency.  I have been attending off and on since 2007. Through health issues, death of a parent, a period of couch surfing and a move, I continued to practice and attend when I could because after I attended my first service, my mouth moved faster than my brain, seeking not to attend but to serve as well. I am still grateful for that moment.

When I started, there was semi regular and regular attendance by African Americans at various services. It was wonderful to talk to them, between services, to chat with them.  I felt less alone, free to talk about the choice we made. Unexpectedly, one by one the attendees fell away. I became the last regular African American attendee.

To buffer myself, I focused on the service, the who, what, why things occurred. I would not interview with the Abbott because I didn’t think he could relate to my circumstances based on culture, race and residence.  I also became a listener more than a talker because I did not have the voice, the confidence to speak on Buddhism or other items of interest to the sangha members.

Away from the Zendo, I read some Buddhist publications. Even though nothing truly brings Buddhism home like on-site participation, it was reassuring to read in the text: I was not alone.

While I was flailing away, a new group of African Americans came to attend the Saturday morning qi gong classes. I was thrilled by their attendance. The Abbott encouraged them to come to other services but qi gong was the only time they could attend. Their attendance also put me in a quandary. While I was happy that they were attending and wanted to connect with them, I also did not want to be the person to speak to them if a Zendo rule was broken. I also did not want to lobby for them to attend other services. I also liked my “lone black” status. I relished attending intensives and retreats, knowing my attendance was probably the first. Yet after awhile, it became old, redundant and at times sad. In the end, life circumstances caused the group to stop attending.

My issues started to dissipate. First going to an interview with the Abbott broke down the communication stereotype. Everyone has universal experiences and it took one to bring me into the interview room.  The interview helped to clear the air with my problem and break the ice with those around me.

Another improvement resulted from the article “Buddhist ‘People of Color Sangha’ Diversity Efforts Address Conflicts About Race Among Meditators” in the Huffington Post.  The Abbott read it and one day when I and another African American sangha member were at the Zendo, he asked us to stay after service to talk about it. At the table sat the senior monks, a senior student, the Abbott and us, speaking  honestly on how we view and experience the Zendo, the sangha and vice versa. The Abbott mentioned that if we ever had an issue or concern about how we were or were not being treated, he wanted to be informed immediately. To say I was reassured was an understatement. I was happy and vowed to myself to keep that door open.

Since the deaths  of Tanisha Anderson and Tamir Rice, our Zendo has had conversations on how this affects us and  the Zendo. I have spoken about it, but others, long time sangha members and senior monastics have spoken up.  Current dharma talks convey how we can use our practice to address the personal and interpersonal issues of the day. In the winter, the Zendo started programs covering topics not just concerning African Americans but other communities as well, such as LGBTQ.

I am no longer worried if a spike of African American attendance will shift the tone of the Zendo. Or if I have done too much or too little for them to return.  All I know for sure is it’s Sunday 4 o’clock in the morning, and I need to be at the Zendo by 8:00 a.m. 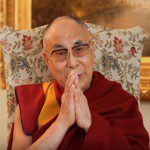 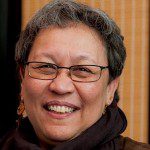 February 9, 2016 How colour blinds: A Burmese-Canadian-Buddhist on the many tones of belongingness.
Recent Comments
0 | Leave a Comment
Browse Our Archives
get the latest from
American Buddhist Perspectives
Sign up for our newsletter
POPULAR AT PATHEOS Buddhist
1