Slavoj Žižek would vote for Trump

Žižek claims that if he were an American he would vote for Trump. And, he continues, a Trump Presidency would lead to a “kind of big awakening.”

It’s been a while since I’ve had the displeasure of writing about Žižek, who at one point claimed that the Buddhist state of awakening gave one free licence to murder. Last time I wrote about him, I concluded, “So horrible on so many levels.” I’m afraid this isn’t much better.

Would it be fair to say that Žižek is the Donald Trump of philosophy? 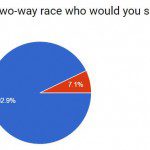 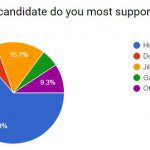 November 6, 2016 Facing the Election with Buddhist Practices of Love, Compassion, Sympathetic Joy and Equanimity
Recent Comments
0 | Leave a Comment
Browse Our Archives
get the latest from
American Buddhist Perspectives
Sign up for our newsletter