The Inner Goddess Controversy: Do the Gods Live Inside Us?

The Inner Goddess Controversy: Do the Gods Live Inside Us? September 23, 2020 Bader Saab

I recently read an article by Astrea about the topic of the Inner Goddess and the idea that the Gods live inside us. It’s a concept that has been around for a while (longer than I think, I’m sure,) and while the idea may have been intended to empower people, mostly women, it certainly created a market that deviates from this purpose. However, I think a bit differently.

A matter of inheritance

When I was a teenager and started to study Magic and Witchcraft, I read the words “Inner Goddess” a lot, and I mean a lot. It was already a solid marker and niche for authors, services, teachers, traditions, and so on. It was more than a movement (or less, depending on how you look at it), it was a calling for sales.

But they never had any bad, repressive meaning for me. While my point of view may be influenced because I’m a man, I never perceived any kind of message about searching for social approval or being perfect according to others’ standards, but quite the opposite. I felt it was about being your truest, most honest self despite whatever (patriarchal) society told (meaning demanded) you to be.

One day, taking a pendulum course, the facilitator said something that stuck with me. He explained that when he was a kid, he reasoned that, if he was a child of God, of the Creator, he had to be a little God, a little Creator. While we are not our parents, we certainly take a lot of ourselves from them, and this made much sense to me then. It still does, in fact.

My Inner God is not a Deity on its own, it’s the part of me that has that Divine spark, that which allows me to create. I’m not channeling any Deity in the process, but taking to the surface my divine self, that part that I connects me directly with the Gods/Goddess/Universe/etc. For me, to free my Inner God (or Goddess, if you will) means to be true to myself. It also means that I am Witch.

Whenever I read about the “Inner Goddess”, and this even applies in some regard to the infamous 50 Shades Saga (but… I read four books, watched the movies, and they are of questionable quality for me), it felt as a calling to free yourself from whichever held you back, whatever it was that made you feel insecure, not enough, little, or less than anyone else. It was a calling to feel empowered by those things that you were born with, to love and accept them, and heal in any way you may need.

While I agree with Astrea when she says that “the women’s reclamation movement is more active than the men’s (and rightfully so)”, I don’t share some of her ideas. Aphrodite, for example, may be the Goddess of love, lust and beauty, but one of Her epithets is Aphrodite Areia, Her warlike aspect, and She has also a side related to nature and gardens.

Athough it’s easy to focus on the first three attributes, the classical ones, I also believe in personal, real relationships with your Deities, for which you need to dwell deeper and research as much as you can about Them. It’s part of our responsibility to question it all. We’ve all made that mistake of thinking we can define the Gods and use certain labels. It makes it easier to understand Them and work with/for Them, but They are not as finite as we like to think.

The same could be said about ourselves. We collect labels and words to describe who we are, but that also could limit our actions. “A man doesn’t do that”, “that’s not how a good girl behaves”, “You’re not a real (insert any word) if do (insert any word)” and so on. It can be exhausting. But a God is limitless. We are beyond far from being a complete Divine being, and yet we can break the mold.

What’s an Inner God/Goddess/Deity, in the end?

I may be biased in this regard, but for me, being connected with my Inner God is about being a Witch. Society left me feeling powerless, dull, grey, and graceless, while Witchcraft helped me reconnect with who I am, who I’ve always been and want to be in the future. Being a Witch gave me back what I thought I had lost. I also agree with Astrea when she said that:

‘A better approach to the “inner goddess” would be to ask yourself what your favorite deity would want for you.  For example, Venus may want to you luxuriate in self-care and good food.  Athena might want you to create the thing that is in your mind. Still another approach is to listen to your intuition and/or your higher self and find the wisdom there.’

We need more of that! When I think about the Three Daughter of Allah, Manat would definitely want me to respect my roots; Al-Lat would want me to stay true to myself; and Al-‘Uzza would want me to heal myself and help others heal themselves. It is through my own Inner God that I connect and interact with them. It’s the part of me that understands Them the most and that came directly from Them.

This is not about being perfect 24/7. Not even the most advanced machines can do that. Also, where would be the fun in it? We aim for perfection, but we know we’re far from it. It’s part of learning about ourselves, discovering who we are. This is about doing our best and learning from mistakes. Even then Gods make mistakes; let’s not forget, for example, that Zeus thought it would be okay to help Hades force Persephone into a marriage without telling Her mother, Demeter, about it.

The Inner Goddess may be a problematic idea right now, it may be restrictive, plastic and even hypocritical sometimes, but we can still correct what’s wrong. All it needs is some reformulation, putting the right ideas on the front again and clarify what it is (what it should have always been) about. If you can transform your reality, you are a Creator. Therefore, you are Divine (in a way).

September 21, 2020
Book Review: The Life-Saving Skill of Story
Next Post

September 25, 2020 What Language do the Gods and Ancestors Speak?
Recent Comments
40 Comments | Leave a Comment
Browse Our Archives
get the latest from
A Modern Day Sha'ir
Sign up for our newsletter
POPULAR AT PATHEOS Pagan
1

Making It Through The Rest of...
John Beckett
Related posts from A Modern Day Sha'ir 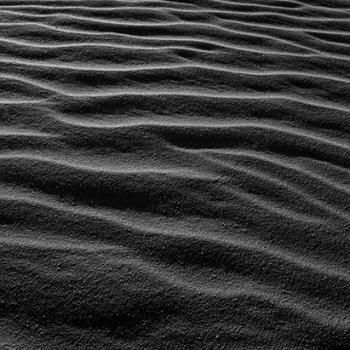 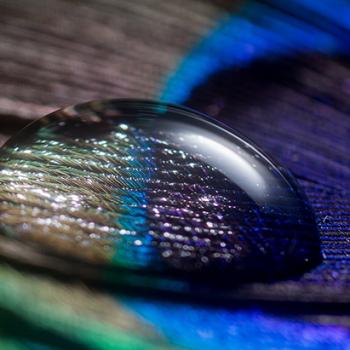 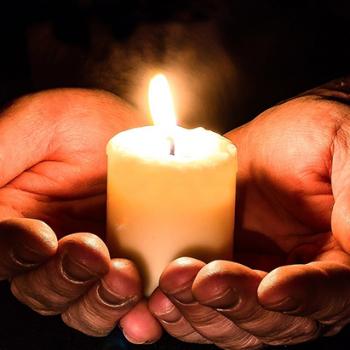 Pagan
What Language do the Gods and Ancestors Speak?
A Modern Day Sha’ir
TRENDING AT PATHEOS Pagan

40 responses to “The Inner Goddess Controversy: Do the Gods Live Inside Us?”