The American Church and Our Ties to White Nationalism 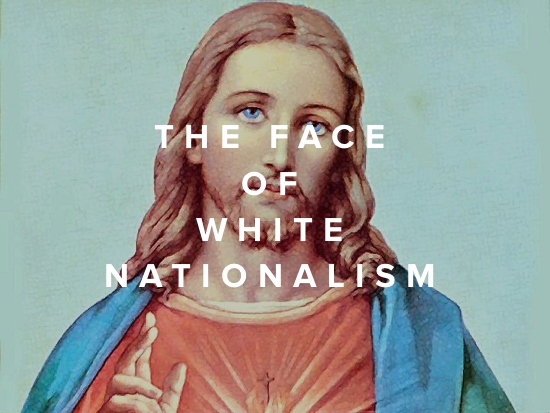 To Separate the Institutionalized American Church From White Nationalism is…

“White Nationalism is a type of nationalism or pan-nationalism which holds the belief that white people are a race[1] and seeks to develop and maintain a white national identity.”

What reason does the American Church have to continue on if you remove the point for which she was created?

As we all know, the Southern Baptist Convention started off the summer with a bang; first, leadership declined consideration of this resolution by bypassing a vote against White Nationalism and the alt-right; then, leadership quickly backtracked and, reinstated the vote in order to decide whether or not they’re going to officially and publicly denounce this form of white supremacy; evidently, they’d not done this already…

In order for Her to Continue, the Bigotry Must Become More Subversive…

NPR described this year’s annual convention as one focusing on “working to adapt to the times…” as the reporter goes on to say “how they are working to change their language.”

In the same way saying that you’re not racist does not actually make you, well, not racist, the Southern Baptist Convention voting in favor of denouncing white supremacy does not automatically absolve the past few hundred years of institutionalized bigotry.

This is not even the tip of the iceberg; it’s merely the acknowledgment of all the damage this iceberg has caused; the debt is still there; reconciliation is not yet complete; the Southern Baptist Convention’s past sins are not absolved… there’s still work to be done.

Ironically, as a POC, White Nationalism is why I’ve chosen to stay (more on this in Wednesday’s post).

But, I’d be remiss if I didn’t point out that one should not stay unless they have first fully understood that their white counterparts (the ministers, congregants and lay leaders alike) are not going to be doing the work for them; yes, there will be some (more than there used to be) while there will be more opposition they should be prepared to lovingly face; in other words, the vast majority of people, they will not come beside you and help in carrying this cross you’ve been called to bear.

The Purposely Forgotten Words of MLK…

I’m reminded of the intentional and purposely forgotten words of Martin Luther King Jr. regarding the most pervasive mistake he’s ever made:

“The most pervasive mistake I have made was in believing that because our cause was just, we could be sure that the white ministers of the South, once their Christian consciences were challenged, would rise to our aid. I felt that white ministers would take our cause to the white power structure. I ended up, of course, chastened and disillusioned.”

Do not be coerced or manipulated into making the same mistake twice; this vote, it means nothing in regards to racist hearts softening. This standing ovation is a figurative version of Palm Sunday: While it feels good to hear the cheering; these very same people are the ones that will inflict the nailing.

But, regardless of how much pain and tears of love we shed due to the laxity of the Southern Baptist Church, we must remain true to our call, our country and the future betterment of the Bride, that is Christ.

Times are progressing and while we’re seeing glimpses of heaven and inclusion this has not yet fully arrived; yes, this is our pain, but, it is also our purpose; that is, to love regardless and through the power of God within us transcend these imposed upon borders; because, without pain, there is no joy. 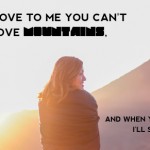 June 14, 2017
What Jesus Meant When He Told the Disciples They Can Move Mountains With Faith As Small As a Mustard Seed
Next Post 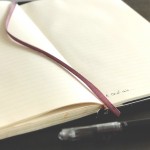