Jesus Was Not a Pacifist (A kind response to Benjamin Corey)

Jesus Was Not a Pacifist (A kind response to Benjamin Corey) June 6, 2016 Andy Gill 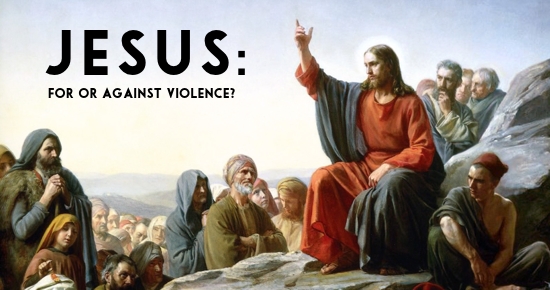 “So persistent is the cry of peace among the ruling classes and so strong the seeming abhorrence of every form of violence and anarchy that one might imagine them actuated by the purest pacifist principles, were it not for the fact that they betray no pacifist scruples when they consider international affairs. Most insistent upon peace within the nation, they are most easily provoked to join issue in martial combat with other nations.“ – Reinhold Niebuhr

It’s easy for a privileged person to to think that Jesus was a pacifist. It’s even easier, I would presume, to say that “it’s a central commitment to nonviolent enemy love as a non-negotiable qualification of the Christian identity…” This past week, Benjamin Corey, whom I love and respect as a fellow progressive blogger, said just this, in a recent post on the topic discussing whether or not Jesus was a pacifist. In a typical progressive form, he does in fact believe that Jesus was and currently is a pacifist.

“Which leads us to the question: Did Jesus share this commitment to fighting evil exclusively using nonviolent means? That answer, of course, is yes—he did.” – Benjamin Corey

If you’re anything like myself, or Benjamin Corey, you have most likely been in similar discussions on pacifism in which turn into back and forth dialogue only leading to a dead-end conversation. Even worse is when the non-pacifistic believer is pitted as one representative of evil and and unstable ill-will resulting from an irrational malcontent. The one error many pacifists make is in “the belief that violence is a natural and inevitable expression of ill-will, and non-violence of goodwill, and that violence is therefore intrinsically evil and non-violence intrinsically good.”[1]

I want to make it clear and known that although I’m not against the idea of pacifism we must embrace a Christian realism as opposed to a progressive idealism. It’s because the imposition of pacifism can be just as dangerous and violent as it’s counterpart pseudo-pacifism. Their undying commitment to pacifism, we must remember, is based upon faith; not logic. It’s a disillusioned thought and belief in God that is even more so convoluted by a privileged experience. They’re not standing for justice; they’re standing for their comfortability and peace, turning a blind eye to what it costs.

Ben’s perspective could be stemming from what’s called a “Eurocentric Hermeneutic.” He’s, seemingly, picking and choosing which scriptures stand out the most while simultaneously using an understanding and interpretation of the text (i.e. scripture) that best suits his opinion (to be fair, we all do this to a large extent).

So, for instance, what about the scriptures in Revelation in which Jesus returns on a white horse with a sword in his mouth “and makes war”? Or, huge chunks of the old testament: If you can site Isaiah 53:9, can you ignore 1 Samuel 15:3; Joshua 4:13, in which God orders the Israelites to go to war with their oppressors? And then there’s God ordering the Israelites to “take vengeance on the Midianites for the Israelites” (Numbers 31:2). Deuteronomy 20:16-17 declares, “However, in the cities of the nations the LORD your God is giving you as an inheritance, do not leave alive anything that breathes. Completely destroy them…as the LORD your God has commanded you.” Also, 1 Samuel 15:18 says, “Go and completely destroy those wicked people, the Amalekites; make war on them until you have wiped them out.”

My point in citing these is not for a reckless violence being encouraged by our “God almighty.” It’s that the topic is nuanced; it’s our hermeneutic(s) that has made it black and white.

More importantly, imposing pacifism as an impetus, or “non-negotiable qualification” in order to be “like Christ,” this is not only to ignore these scriptures listed above, but to ignore the perspective and experience of many [but not all] oppressed persons. In this regard and within our US context, I agree with Jeff Hood in that there is in fact a violence found in demanding peaceful protests. While, in a seemingly contradicting manner, I feel that there is [obviously] also a violence found in demanding non peaceful protests (i.e. rioting).

“The moral attitudes of dominant and privileged groups are characterised by universal self- deception and hypocrisy.” – Reinhold Niebuhr

“Every effort to disturb the peace, which incorporates the injustice, will therefore seem to them to spring from unjustified malcontent. They will furthermore be only partly conscious of the violence and coercion by which their privileges are preserved and will therefore be particularly censorious of the use of force or the threat of violence by those who oppose them.” – Reinhold Niebuhr

I fear that Benjamin Corey, and many others that agree with this subversive hermeneutic, miss that Jesus does not side with nonviolence, Jesus sides with those who are oppressed persons. Sometimes that includes acts in which reflect a pacifistic means of countering, resisting, or confronting. Other times, using the Eurocentric hermeneutic, if God and Jesus are inseparable, it doesn’t.

“And yet, each time an issue of violence is brought before Jesus, he sides with nonviolence.” – Benjamin Corey

What do you think? Was Jesus a pacifist, or is this topic as I’m suggesting a bit more nuanced? 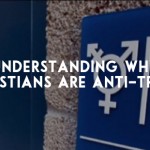 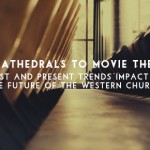 July 5, 2016 From Cathedrals to Movie Theaters: Past and Present Trends Impact on the Future of the Western Church
Recent Comments
0 | Leave a Comment
"Manipulation and persuasion are not quite the same. Sadly, the first is probably easier and ..."
K Curtis Is Manipulative Worship Okay?
"Pretty nonsensical hermeneutic, since "the Bible" - in the form in your hands in 2021 ..."
KraigDeKompressorKruncha Five Things You Should Know Before ..."
"But if slavery is wrong now, it was wrong in 1776. Or did it transition, ..."
josephPa Redefining the Fourth of July
"Well it's been four years since this blog last appeared. So I checked but I ..."
Bob Shiloh Progressive is the New Evangelical
Browse Our Archives
get the latest updates from
Andy Gill
and the Patheos
Progressive Christian
Channel
POPULAR AT PATHEOS Progressive Christian
1

The Purity Codes are Killing Us
Paperback Theology