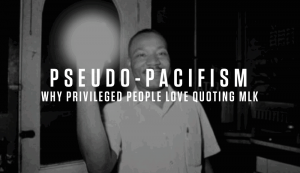 If you’re someone that is outspoken on the issue of race chances are, at one point or another, you’ve had a conversation with a so-called “pacifist” who has cited MLK as a pacifistic example. They then use MLK’s life as a means in which you need to be exactly like. This quickly turns from a back and forth dialogue to a dead-end conversation. To say that the way in which Martin Luther King, Ghandi, Jesus, or Nelson Mandela are the only options in which the marginalized can choose from when fighting against an oppression and for their humanity is ridiculous [1].

This is both an intentional and unintentional means in which silences the “opposition” and it propagates an oppressive mission, that they label as pacifism, but I’ll refer to as “pseudo-pacifism.”

Before I go any further, I want three things to be known:

What I am against is this close minded conflation of pacifism with indifference in which equates doing nothing about injustice with pacifism. This imposes an unrealistic expectation that the marginalized [poor and powerless] must reach the same level of self-actualization in the same exact way these men have. I think the Social Justice League Blog says it best stating, “The reason why Nelson Mandela is so famous is because what he did is fucking incredible. It is simply not right to ask all oppressed people to morph into a cross between Buddha and Jesus in order to live in this world.”

I think many privileged pacifists are remiss because of their failure to mention the tainted American history, that gun control was originally a method used to lessen the irrational fears of whites by disarming oppressed blacks.

So when many so-called “pacifists” speak of pacifism they are not truly speaking of pacifism but rather referring to a shallow thoughtless ideology that is justifying their indifference[2]. Just so we’re on the same page, pacifism is not the same thing as doing nothing. The opposite of pacifism is not violence, the opposite of pacifism is indifference. They have equated pacifism with doing nothing, which in turn discredits the true pacifists. There’s a resolve that assumes the pursuit of peace is vacant of conflict, and therefore a pseudo-pacifist pursuing peace is more apathetic than he/she is pacifistic. Most who hold this pseudo-pacifistic view would not know that Ghandi himself stated, “Where there is only a choice between cowardice and violence I would advise violence…”

Alongside this pseudo-pacifism there is a false assumption that one’s lack of violence leads to there being less violence. Not to state the obvious, but pseudo-pacifism manifests itself in ignorance. This ignorance exists either because of a selfish indifference resulting in a lack of effort to educate oneself, or a willful ignorance in which they have the education but have chosen a dissociation rather than a compassionate action.

Doing nothing perpetuates an institutionalized violence. In order to meet peoples needs we must confront the system in which is making them needy. Furthermore I think we must begin with confronting individuals. Activism, violent or not, is costly. If you’re means of pacifism is not costing you anything chances are you’re embracing a pseudo-pacifism as opposed to an active pacifism.

It stops intersectionality and the ability for any bridge to be built or conversation to be had on what exactly would define what is “right,” “just,” or “merciful.” It lacks confrontation. It ignorance injustice. Furthermore it perpetuates violence.

I am convinced that injustice is empowered and maintained by the millions of “innocent bystanders” who silently standby and do nothing.

Historically, and presently, it’s hypocritical for Christian’s to say something along the lines of, “Violence against injustice is never acceptable,” all the while these Christians are benefitting off of a violence that, arguably, began with Constantine and has yet to stop since.

I’m simply suggesting that we begin differentiating between standing up for “pacifism” verses standing against a culture of racism.

Jesus was not a pseudo-pacifist. The question is if Jesus was a pacifist, which from a biblical perspective using the typical Eurocentric hermeneutic there is argument for both Jesus being violent and being non-violent, but this is not the argument or my focus. My point is that, pacifist or not, the life in which Jesus lead was anything butcowardly, indifferent, or apathetic. Jesus confronted these issues, and in my opinion, He confronted them non-violently. But confronting injustices non-violently still requires risk, sacrifice, and for Jesus, it eventually robbed Him of His life.

The Christian American pacifist seems to be anything but a resemblance of their Christ or His disciples. So the next time we use MLK, Ghandi, Jesus, or Nelson Mandela to silence our supposed opposition we must first question if we are truly modeling the lives we’re preaching, or merely using these lives to excuse a pseudo-pacifism.

[1] Although MLK was a pacifist, Mandela was not. It is also very arguable that from a biblical perspective Christ was not and is not a pacifist [Revelations 19: 11].

[2] Most likely these are the same people that conflate being good and being nice as the same thing. 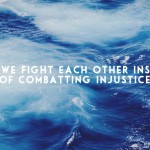 January 13, 2016
How We Fight Each Other Instead of Combatting Injustice
Next Post 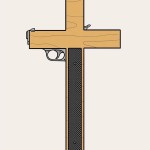 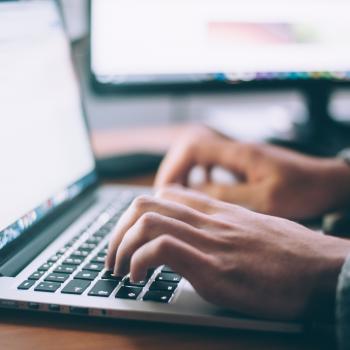 Progressive Christian
An Honest but Supportive Critique of the Reclaiming...
Andy Gill 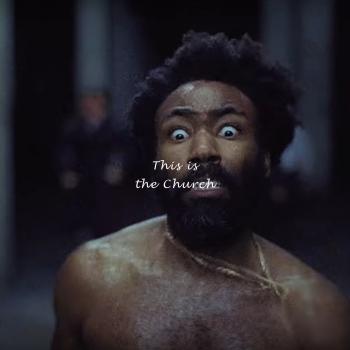 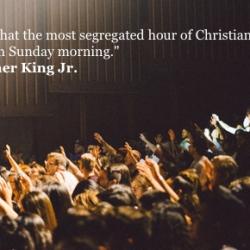