Refuting the Most Common Arguments Against Immigration

“Immigrants increase economic inequality here in the US.”

The reminder that we’re a nation largely built upon immigration should be needless to say but, considering that we’re here today refuting what some might consider being obvious it feels necessary to remind ourselves of this fact.

Not to mention, things turned out rather well for us, economically speaking. So naturally, it comes as a shock to here others promoting this idea that immigration, illegal or not, somehow hurts our net fiscal cost…

Another way of answer this question as to whether or not immigrants are aiding in the increase of economic inequality is asking the question most of us already know the answer to: Are immigrants the reason for our shrinking middle class and rapidly growing wage gap?

Along the same lines, there’s this idea that immigrants are somehow a net fiscal cost… they’re not. In fact, Alex Nowrasteh breaks it down into three quick explanations:

“The first is that higher immigrant fertility and the long run productivity of those people born in the United States generates a lot of tax revenue.  The second is that immigrants grow the economy considerably (this is different from the immigration surplus discussed above) and increase tax revenue.  The third is that many immigrants come when they are young but not young enough to consume public schools, thus they work and pay taxes before consuming hundreds of thousands of dollars in public schools costs and welfare benefits – meaning they give an immediate fiscal boost[2].”

“The Immigrant exploits the welfare state.”

Along similar lines, with a few exceptions to this rule the typical legal immigrant doesn’t have access to these benefits for their first five years here in the US. In fact, the CATO institutes research found that they’re less likely to use means-tested welfare than any native-born Americans.

“Immigrants will take our jobs and lower our wages, especially hurting the poor.”

Actually, keeping in mind all of the above its said that “immigration has increased the wages and income of Americans on net [3].” In fact! “Immigrants Contributed An Estimated $115.2 Billion More To The Medicare Trust Fund Than They Took Out In 2002–09…”

Alex goes on to say that, “Immigrants [actually] also make large net contributions to Medicare and SocialSecurity, the largest portions of the welfare state, because of their ages, ineligibility, and their greater likelihood of retiring in other countries[1].”

Next, lets talk about the false claims of criminality… 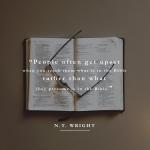 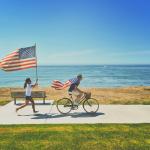 July 3, 2018 Redefining the Fourth of July
Recent Comments
0 | Leave a Comment
"This article is largely nonsensical. Really surprised Patheos would print it."
Dr. Sam Currin 5 Legitimate Reasons People No Longer ..."
"wow. quote"a Samaritan, as he traveled, came where the man was; and when he saw ..."
Isa Kocher Why Is the Social Gospel Considered ..."
"Well said."
Jimhere Redefining the Fourth of July
"Sorry. That is not correct."
Bob Shiloh The American Church and Our Ties ..."
Browse Our Archives
Related posts from Andy Gill