A Place Within A Place: reconsidering what is sacred

A Place Within A Place: reconsidering what is sacred January 17, 2013 Traci

The bees are still. The wild hive in the back garden is quiet. It’s cold out. A sliver of moon rides high in the sky: french tip manicure nail of beauty. The air is crisp, with hints of sycamore leaf, tobacco smoke, and steel–the numb metallic smell when too cold air is breathed in through the nostrils.

As dusk deepens, I walk to one of the neighborhood coffee shops. A faint glow graces the horizon. Porch lights are on. Colored bulbs drip from eaves, shrub, and tree on those houses where Fairy Lights were selected over their traditional outdoor counterparts. Neighbors are out: walking their dogs; taking an evening stroll while they smoke, talk on their phones, or laugh; some are even, dressed in toasty gear, getting-in their evening run.

A Place Within A Place

This neighborhood, close to the heart of the city, is a Place within a Place–a concept I first discovered after ditching the automobile and buying a commuter bicycle. On two wheels, my range became smaller. Crossing town was no longer as convenient, and I evaluated every excursion: living became regional.

I was fortunate. My earlier choices (giving up some modern ‘conveniences’ for inner-city living at a reasonable price) made my transition easier. Hyde Park, in Austin, is a historic suburb that the city grew around. There are restaurants, a small grocery, cheese shop, post office, cleaners, pharmacy, bike shop, theatre, wine bar, coffee shops, hair salon: in essence, I rarely needed to leave the neighborhood.

The planner of this “suburb” intended it to be a self-sufficient community, respectfully isolated from the city yet connected via public transport–originally, streetcars connected it to downtown. He achieved his vision, and today Hyde Park is a sought after location because of its convenience, amenities, and community feel. It is home to many progressives, and the vibe reflects the eclectic soul of the city.

Biking within my ‘hood and down Duval to campus (at the University of Texas) where I worked, with the occasional excursion into other regions, taught me that not all neighborhoods feel the same–let alone look the same! Many of these areas, while built within the same ecoregion, had distinctly different vibes about them. [Austin falls into two major ecoregions: the Edwards Plateau (western side of Austin) and the Blackland Prairie (eastern side of Austin).]

…which sounds reasonable, even commonsensical, but until I was out of my car and FEELING the difference, it remained an intellectual construct.

How A Place Within A Place Is Made

If the natural environment is theoretically the same in these areas (same ecoregion), what distinguishes and differentiates these Places (gives them their special vibe)?

People. The human-persons are what make each block, neighborhood, and section (north of the river or south) of the city unique. Going with the “cities are anthills” metaphor isn’t enough. Each micro-locale that human-persons have set apart by naming, possesses a distinct flavor– much the way different subspecies of ants build different types of anthills.

Thinking of cities as Concrete Jungles may help us feel connected to, and within, them. When I journey, as I did this weekend, to the Edwards Plateau, I expect to shift my ways of perceiving. I look for different plants, animals, and geology. I don’t expect to hear the wind whisper through tall pines or see wild antelope bound through the grass. Likewise, as pagans seeking place, if we think of human cities, and neighborhoods, as their own distinct ecoregions, with their own plant and animal life; geology; and weather patterns, we can intentionally shift our ways of connecting.

We may hesitate to think of cities as distinct ecoregions, even feel uncomfortable doing so, because it requires us to think of them as “natural”–part of nature. This line of thinking leads to an even bigger question, one I am interested in grappling with and consider a fundamental question for pagans; a question that goes back to our philosophy and world-view, and how it connects us to, or distances us from, nature, each other, and the experience of life.

Western civilization was founded on a particular world-view, and set of values. There have been significant shifts, at least in trajectory, over the centuries, but I would wager that many of us disagree, on some level, with the major premise of modern Western consciousness–namely, the sundering of spirit from matter. The technological paradigm we live within permeates every thing, from what we consider knowledge; to how we communicate and categorize information; to how we are taught about the world; how we define aliveness; how our governments are run and our societies structured; and how we look backward in our search for a different religious affiliation.

If we are seeking an embodied spirituality, one where connection to Place–both an amorphic concept and physical location–is possible, we must consider and wrestle with these ideas…even if we sound silly. Especially if we sound silly!

In thinking of Places within Places, and finding deep connection in an urban environment, it is especially important to consider what constitutes aliveness and how we define ‘sacred’ or ‘spirit’. Is there as much room in our definition of Place for modern human-made architecture as there is for other-than-human made architecture? Is the star-dust we put together less sacred than the star-dust the Universe put together?

If we can finally begin to see our own creations as sacred, lessen the Baconian-driven desire to alter ever bit of nature we find, and reconsider the Descartian assumption that human-persons, as thinking beings, are purely mechanical–confronting the world as an object–then perhaps there is hope for us after all! At least, we may finally create healthier, more sustainable, places to live; and find connection, instead of alienation, within our communities and under our own feet. 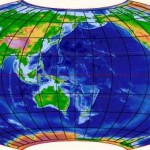 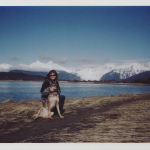 January 18, 2013 Land as Lover
Recent Comments
0 | Leave a Comment
Browse Our Archives
get the latest from
Pagan
Sign up for our newsletter
POPULAR AT PATHEOS Pagan
1

Connecting to Gods for Whom There...
John Beckett
Related posts from A Sense of Place