David Abram, in his amazing book The Spell of the Sensuous, talks about geography as a container. More than just mountains that enclose or fields that spread out, land shapes our views of the world, our experiences with future places, how we perceive time and seasons, how communities function, and how we relate the non-human world. I see this so clearly from my own upbringing in Juneau, Alaska. It has so profoundly shaped me that, even though I’ve not lived there for a decade, I still consider myself an Alaskan first – even before being an American. Alaska was in many ways my first Love.

My friend Jennie from Seattle came to visit me in Juneau. She thought having an actual end of the road was hilarious. 1994.

Juneau is small-ish in population, but spread out over a 50 mile strip of land, clinging to 3- and 4,000 feet tall mountains, hemmed in by glaciers and water ways. You cannot drive in or out. The mountains and water, the ice fields and forests helped me feel safe. Of course, you could die if you hiked off trail or went boating in bad weather. It’s not a gentle landscape! And yet…. I felt, still feel, that with proper respect (which includes preparation) I was safer there than in most other parts of the world.

When I left Alaska for college I couldn’t wrap my head around how it was possible to cross a street and be in a different town. It took me many years to understand that. Perhaps this is why maps and geography are so important to me. I want to know the shapes and boundaries of towns.

I felt something divine in the land. I was a Christian in my teen years, and yet I still felt God’s existence and presence in the land around me. It wasn’t just an idea that God had made the land, but more that the land was an expression of God and he comforted me and spoke to me through the land itself. I’m not sure I could have articulated that then.

Me, hiking the Chilkoot Trail between Skagway, AK, and the Yukon, Canada. Most people take a week to do this. My crew did it in less than 3 days. Not sure that was wise… 1999 (I think).

Light, dark, rain, water, fish, mountains…. I was in love with my Land. In fact, for over a decade I felt like I was in an adulterous relationship. Alaska was my lover and I was cheating every time I flew to Washington to start another year of college. I was cheating when I moved on to graduate school in Berkeley. I figured Alaska was my childhood sweetheart and I’d be back when I was ready to settle down. I always, always intended to return.

Our friend Tim (may he be at peace) took this of me and Jennie. He led us hiking under the Mendenhall Glacier. This part of the glacier has since melted far away. 1995.

This rather dysfunctional relationship with my Land, as foundational and beautiful as it was to me, also kept me from diving deep into other lands and places. It took me a long time to settle into the Bay Area, into Washington. The only places that were never a struggle for me were Ireland and Wales. If I’m honest, that separation from Alaska made me feel broken.

What was wrong with me that I couldn’t adjust to other places? Why was I so overwhelmed in cities? I did just fine on an intellectual level: I loved the energy, the opportunities, the food, the excitement. But at a core level, I was so deeply overwhelmed, like there were was too much buzzing, too much noise, too MUCH all the time. Why did I need trees the way most people need food? No one else I knew (other than people from Juneau) wanted to return to their home towns. Everyone wanted to flee. Why was I unable to function in cities? I felt like I was failing as an adult. It’s not something I ever really talked about, but I felt it. My two-week vacations home once a year were not feeding my soul.

Me visiting Juneau in March 2004. Mendenhall Wetlands and my then dog, Dawson, named after the town in the Yukon.

I needed to break up with Alaska. Moving to Wales, not moving back to Alaska, was a good first step. And finally, at some point while there I realized that Alaska was a part of me and I took my Land with me where ever I went.

And yet here I am in a new relationship. I’ve committed to Olympia. It’s like an arranged marriage. There was me checking the place out online, researching, asking around – but I’d only ever met Olympia in passing while in college. I’d never actually been to Olympia before moving here; we’d never actually dated, and now here I am committing. It’s a slow getting-to-know-you process. It’s time to woo this new lover and be wooed by it in return.

I may have to spend the next 25 years working to know the land I’ve chosen as home now, but it’s possible. I no longer feel broken. I feel full and blessed to have been given the gift of Place and Land in a way that seems rare these days. 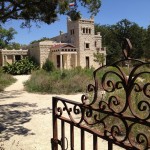 January 17, 2013
A Place Within A Place: reconsidering what is sacred
Next Post 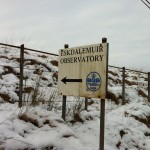 January 21, 2013 Living and belonging where clouds go to die
Recent Comments
0 | Leave a Comment
Browse Our Archives
get the latest from
Pagan
Sign up for our newsletter
POPULAR AT PATHEOS Pagan
1