I wrote last week about what my spiritual landscape might look like. I took this idea and came up with a map. It was a bolt of inspiration at 5am. It’s not exact, of course. It’s mythical, silly, and in no way an actual reflection of my precise journey, though it does of course reflect myself. It is also in no way an accurate reflection of any tradition. Click on the map to enlarge it. Click again and you can move around to see things close up.

At the very top is Mount Enlightenment. It gets father away the closer you get. The foothills are the Peaks of Perfectionism. Those will trip you up and convince you that you’ve reached your destination. The Tunnel of Asceticism might get you to the base of the mountain. It may trip you up in the peaks. You’ll have to find out. Of course, the Great River of Hinduism doesn’t have to flow into asceticism, but for humor’s sake (and my lack of paper size) it did.

You’ll notice I enter through the left hand side, through the Western Gate. You immediately come to the Meandering Meadow. Many people never get past this swirl of trails. Close by is Childhood’s Playground. Not a bad place to hang out! Many people never leave here either. And why would they want to? You can play house, make a mess in the Super Hero Sandbox, and explore any manner of experiences at the Hands On Museum (named after the Hands On Children’s Museum here in Olympia), because we learn best through getting our hands dirty.

In my actual experience, the Graduate School Funeral Home would be much closer to the Lonely Lands of Liberal Christianity, the Fields of Feminism, and the Desert of Despair.

Far on the right is the Great Walled City of Christianity. It’s got a few gates of its own. Evangelical Expressway heads off into the distance but bypasses Mount Enlightenment. Perhaps it’s heading to Heaven? Marian Mount is also called Theotokos Summit by the Orthodox. Most of the inhabitants of the Great Walled City of Christianity deny that there’s any mountain there at all. They insist it’s just Christmas Story Hill.

Right now, I’m stationed in Householder Village, with occasional outings into the Wilds of Witchcraft.

I hope this made you smile. It made me giggle. 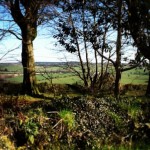 March 14, 2013
Enchantment: coming back to our Selves
Next Post 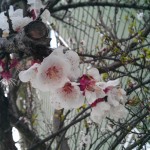